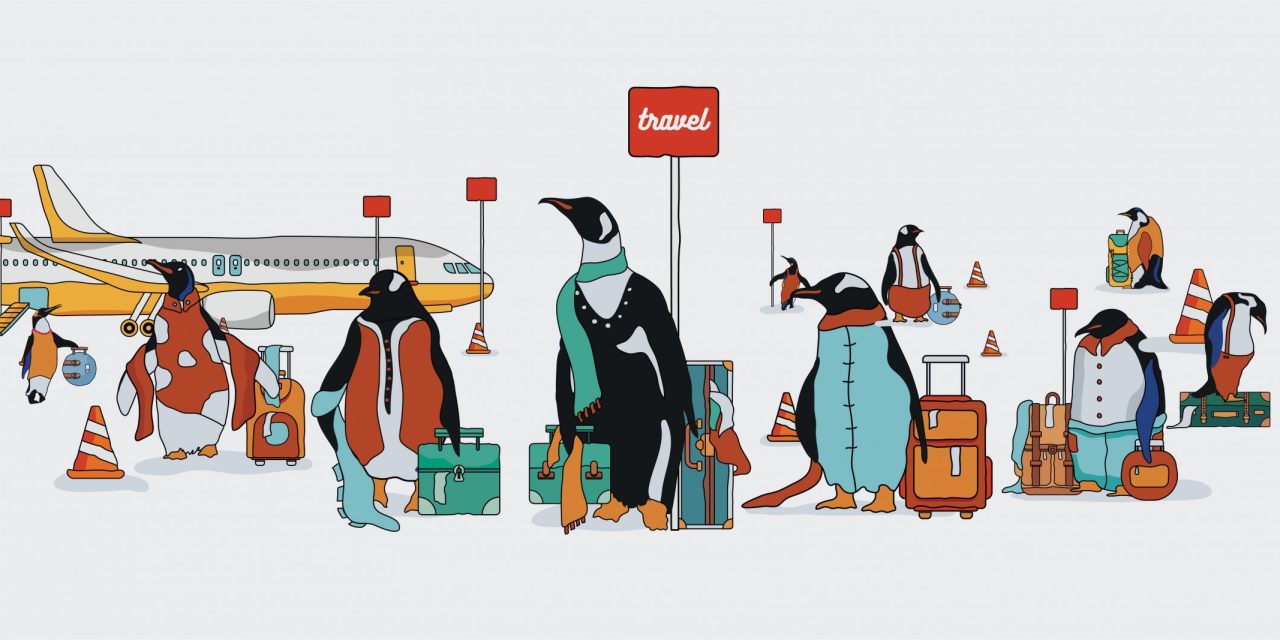 Each week, Wendy Clark is typically on the road for four days. As the global president and CEO of DDB, Clark’s job is based in New York but she lives in Atlanta. To avoid uprooting her family after moving from Coca Cola to DDB in 2016, Clark configured a travel schedule that allowed her to move to the agency and maintain her home base.

“I do what I call extreme flying, which means there’s not a 6 a.m. or red eye flight that I haven’t been on at some point,” said Clark. “I usually say my office is in the sky.”

The global role, which Clark assumed in February 2018, has her traveling even more frequently and, as to be expected, all over the globe. While it’s unclear how many miles she has traveled in the last year, Clark calculated that she’s flown over 2 million miles total on Delta, her primary airline. To understand how to manage that kind of travel — and get tips on how to maintain it while staying sane — Digiday caught up with Clark.

Sleep math is a must
I’m focused on maximizing my time at home and time away, so I have to do the math on sleep. I don’t have an adjustment day. I typically land, take a shower and go to a meeting. I have to be mentally and physically ready. Therefore, I have always done the math on what time zone I’m going to, when I will next get to sleep on the time zone and how many hours I’ve got to be sharp and awake, not just awake. I do my sleep math where it’s like, OK, I can sleep on the first flight but I cannot on the second flight because I’ve got to be really tired by the time I land.

Hotels will probably open their gym for a traveler — even at 2 a.m.
A whole day on two or three hours of sleep that can be tough. The remedy for that for me is exercise. If you go to the gym right when you get to the hotel and exercise it gives your body added energy. The proxy for sleep, if you can’t sleep, is exercise. I am well known for getting off a plane and going to a gym. You don’t do vigorous exercise but breaking a sweat and doing some cardio is really helpful. I have asked hotels to open gyms because I’m awake at three in the morning. People should know hotels will open a gym for you.

Road warriors will quickly figure out where the Wi-Fi gaps are
Wi-Fi is important. These flights are long and you can use them to catch up. Every now and then I’ll get texts like, “I see you landed,” because 60 emails go out. I was on a flight with some colleagues and up near the Arctic Circle the Wi-Fi always goes out. A colleague came up and he’s like, “Is your Wi-Fi working?” I looked at the map, “I was like it doesn’t work up here.” I can tell you the gaps and blackouts in the global Wi-Fi coverage. I plan around them.

Pre-empt the delays that come from checking a bag on an aircraft
I am violently against checking a bag. Some way, somehow get that stuff in one bag. The trick is using the same shoes because shoes taking up the most room. I’m an advocate of the OGIO suitcase. It’s designed well for if your goal was never to check.

On the plane, dress for maximum comfort
During the summer months I always wear flip flops on a plane and I dress for maximum comfort. I don’t always look like the CEO of a global network. I’m in jeans, flip flops and my hair in a clip. I don’t wear makeup because it’s only going to crust on your face for 12 hours. Be really low maintenance and be dressed for comfort. You can take a shower on the other end.

Parents should own how much they travel
When my kids were younger, there would be moments when I would be leaving and we’d have tears or “Mommy don’t leave.” Every part of you wants to say, “I don’t want to leave.” But you shouldn’t say that because then you’ve like given a nine-year-old a dilemma to figure out. You’re leaving but you said you don’t want to and they don’t have the mental processing to figure out why you can say that and still go. So the one thing I did was say, “Mommy is excited about going.” You have to own it.