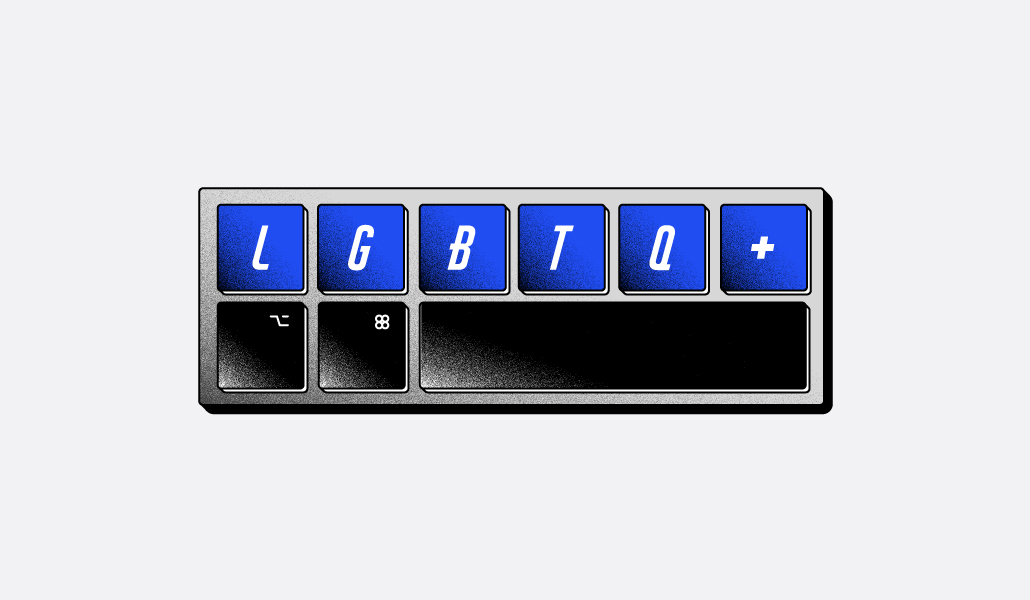 For Ellie Parsons, returning to the office was a far more nerve-wracking experience than it is for most people. Before the pandemic, her colleagues knew her as a man.

In fact, it was returning to her office in Boston midway through the pandemic’s peak, when all other staff still worked remotely, that she finally understood a deep-rooted feeling she had grappled with her entire life: that she is transgender.

“I would go into the office [during the pandemic] and I’d be the only one there. I ordered some women’s clothes and had them delivered to the office. I started wearing them around the office and I felt excited and comfortable. That’s when I started to consider I may actually be trans,” she told WorkLife.

Parsons, who is a manager at family-health benefits platform in Boston, Ovia Health, said she never associated herself with being transgender – she simply enjoyed wearing women’s clothing – a secret that as a child she fiercely guarded. “Sure, if I could snap my fingers and just be a woman, I would have done that. However, I was OK living my life as a man,” she said.

Fear of ostracization and discrimination both in her personal and work life, became permanent road blocks. “I lacked the courage to come out as I was afraid of how that would completely upend my life,” she said. “I was worried my friends and family wouldn’t accept me, and I was afraid of how society would judge me and how I’d be treated if I came out. I was also afraid of what people at work would think and how that would affect my career path.”

Her fears weren’t unfounded. A 2021 study from the UCLA School of Law indicates that employment discrimination against LGBT individuals continues to be widespread. More than 40% of LGBT workers reported experiencing unfair treatment at work, including being harassed, fired or not hired, because of their sexual orientation at some point in their careers. Other employees also reported engaging in behaviors to avoid discrimination, including hiding their real identities.

“For trans people like myself, offering benefits to cover hormone therapy, surgical procedures and therapy is huge. If my company didn’t offer benefits like that, it would make things much harder. Trans people already have a hard life. We didn’t ask to be this way.”
Ellie Parsons, manager at Ovia Health.

Fortunately for Parsons, her employer has a far more progressive culture. Spending time back in the office while all her colleagues still worked remotely, gave her the clarity she needed. After confiding in, and receiving advice from a non-binary colleague, Parsons felt more confident about coming out to her coworkers. She began telling other people at work and received the same level of support.

“People were genuinely happy that I was starting to find out who I really am,” she said. “For me, the hardest part of coming out was actually saying that I wanted to be a woman. For some reason, verbalizing what I had told myself a thousand times was really hard to say out loud.”

One of the ways Ovia Health has supported Parsons, is by providing assistance with financial benefits. Progressive employers have gotten far better at providing benefits for employees’ fertility needs as well as working parents, and returnships for women. Some are now trying to match that support for trans employees.

“For trans people, offering benefits to cover hormone therapy, surgical procedures and therapy is huge. If my company didn’t offer benefits like that, it would make things much harder,” said Parsons. “Trans people already have a hard life. We didn’t ask to be this way. It’s hard to wrestle with your gender, wanting to be who you truly are, and not wanting to alienate yourself from friends and family. By offering benefits like that, it makes a hard life a bit easier.”

Many companies however, still fall short though. In a SurveyMonkey poll, conducted in May, nearly 4 in 10 transgender workers (38%) said that employers are still not giving enough support to their community. A majority said they work at gender-inclusive companies and 86% maintain that gender-inclusive policies are important to them.

“You may have tried to be like others at your workplace because you may feel afraid to be yourself. Over time, your body, mind and soul are unable to keep up with this act. You may then begin to experience symptoms such as anxiety and/or depression.”
Dr. Paulomi Campbell, psychologist based in North Carolina.

The report, which polled 15,000 adults, showed that micro-aggressions targeting transgender people are also common. And 40% of trans adults are ten times more likely to encounter those who intentionally use the “wrong gender markers” when referring to them.

The persistence of prejudice against LGBTQ+ workers has clear negative consequences, particularly for their mental well-being. Therefore occupational health is a major part of LGBTQ+ employees’ identity, according to psychologist Dr. Paulomi Campbell. “It is important that you feel seen, heard and accepted for who you are at your place of employment,” she said. “If you sense that your employer is uncomfortable with your transition, then it does not encourage you to bring your entire self to work.”

It is critical for employers to better understand and support LGBTQ+ workers in any way they can, she stressed. “One way your employer can ensure that you feel accepted is to create an atmosphere where coworkers validate your transitioning process and understand how this helps you to live in your truth with greater health and happiness,” said Campbell.

For Parsons, coming out at work has changed her life for the better. “The best part [of coming out] is not having to hide who I really am and to finally feel free to explore who I am. One of my main motivations for coming out in a company-wide announcement was to bring visibility to being trans,” she said. “I knew that I’d be supported, and there could be other people just like me and I wanted to be an example that you can be yourself, bring your whole self to work and things would be okay. For me, it was about showing that you don’t need to hide, if you don’t want to.”

Building a culture of acceptance

While providing benefits and support for LGBTQ+ employees is vital for any business, doing so in a way that doesn’t inadvertently shine too big a spotlight on individuals, is what’s needed. The same SurveyMonkey report also revealed that 26% of trangender workers believe their employers are doing “too much” to support transgender or non-binary individuals in their employ, suggesting they would prefer less attention on their gender identity.

Establishing a positive sense of identity will be an important factor for any trans or non-binary person, according to Campbell. Her advice is seek out an ally at work to confide in about a gender transition. If there isn’t anyone that’s a natural confidante for this level of trust, then try and locate someone else who has had a gender transition to speak with. “The more knowledge you have the less afraid and alone you will feel,” she said.

The events of the past two years have led to a good deal of soul-searching for most people. Without the in-office presence, many expressed themselves about personal journeys – including coming out about gender and sexuality changes – virtually.

Those who feel they have to hide their gender identity because they don’t feel they will be accepted at work, risk anxiety and depression later down the line, Campbell stressed.

Her comments come ahead of New York’s Pride Parade, one of the city’s largest celebrations and one of the biggest Pride commemorations in the world, which is set for June 26. It will be swiftly followed by London Pride Parade on July 2.

”As far as advice goes,” Parsons added “one of the things I like to say is that everyone is different and everyone’s journey will be different. You are legally protected if you come out in that you won’t be fired. That said, you should be comfortable with the thought of coming out – you don’t want to add more stress to your already stressful life.”