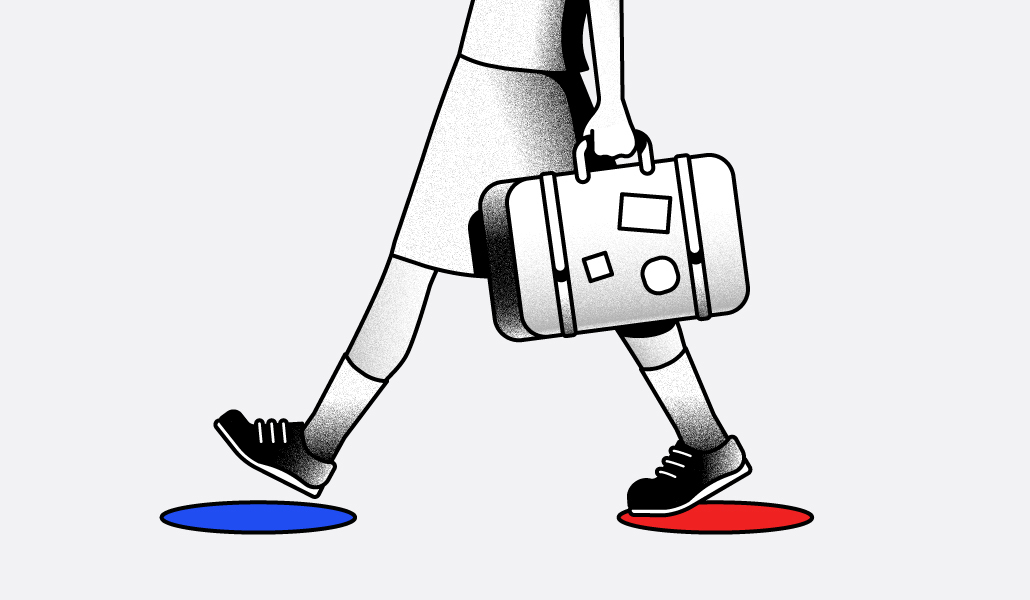 The latest benefit in the war to attract and retain talent: Reimbursing expenses for employees who travel out of state to get an abortion.

Since news leaked Monday night to Politico that Roe v. Wade will likely be overturned by the Supreme Court, many employers are weighing how they plan to support employees who live in states where the practice could become illegal, particularly in southern and midwestern states. If overturned, each state will decide independently on abortion restrictions and legality.

Lyft, United Talent Agency, Amazon and Levi Strauss are among the largest of employers who announced in the last day that they’ll reimburse employees’ travel to states where abortion is legal. Citigroup and Yelp had already said in March that they would cover travel for treatment after Texas’ effective ban on abortions once a fetal heartbeat is detected after about six weeks.

Last week Lyft’s CEO Logan Green tweeted the company’s policy, as a result of Oklahoma’s restrictions on abortion access. He detailed Lyft’s work to help employees and residents of Texas and Oklahoma travel to abortion-friendly states. The company reaffirmed its commitment to employees today, emailing WorkLife, “The announcement from late last week applies to corporate employees in any state that need to travel more than 100 miles for abortion care (not just those in Texas or Oklahoma).”

Abortion is the latest issue in culture wars forcing employers to take a stance on issues ranging from prosecuting parents who seek gender-affirming medical care for transgender children in Texas to prohibiting teachers from discussing sexual orientation and gender identity in kindergarten through third grade in Florida.

Employees are increasingly demanding their employers take sides even if there are potential business ramifications. Workers at Disney World in Florida walked off the job in March after CEO Bob Chapek refused to publicly condemn the so-called “Don’t Say Gay” bill, which aims to limit how LGBTQ issues are discussed in schools. The action spurred Chapek to speak out against the bill, which resulted in the company losing significant tax benefits.

It’s a scenario that’s exacerbated by the fact that many employees no longer live in the state where their company is based, thanks to more than two years of remote work. And in a tight job market when recruiters have the ability to hire anywhere, it’s become a way to set themselves apart as they fight for talent.

Take Bospar, a boutique PR agency with 103 employees, whose workforce is entirely remote. When the news from the Supreme Court leaked Monday, co-founder Curtis Sparrer, told employees that the company would cover the cost of travel to a state where abortion is legal.

And in March, he offered to pay up to $10,000 to relocate the six Texas-based employees who work at the firm after the legislature there banned abortion at about six weeks. It’s an important personal issue, he told WorkLife, because “As a gay man from Texas, I see that my rights are built on the foundation of Roe v. Wade.”

Aside from that, it’s just good business, he says.

“Most of our company is composed of women so this makes good business sense in a very tight labor market,” Sparrer said. “We’re trying to attract people.”

It’s working. A new hire recently told him she was deciding between Bospar and a larger firm but chose Bospar because of its transparency on social issues.

Several other companies ranging in size and scope told WorkLife that while they’re investigating ways to support employees with a benefit aimed at reproductive rights, they haven’t yet worked out the details, Canada-based cosmetics company Lush. “Lush is currently exploring ways to support impacted staff with inclusive and equitable care, both with our insurance provider and outside of insurance coverage. It’s taking a little longer than anticipated to work through this within the current limits of the insurance landscape,” said a spokeswoman for Lush in an email to WorkLife. “However, we’re confident that we will be sharing an update with our staff soon.”

On Monday night, Tomás Puig, CEO and founder of the San Francisco-based marketing and analytics company, Alembic Technologies Inc., sent an email to its 35 employees announcing the new benefit.

“In light of recent news, pandemic and just politics in general, I would like to announce a new proactive benefit. Alembic will cover any medical travel, that you personally deem serious and needed, within the continental United States for you and/or your immediate family. This can be used once a year up to $2,500 USD… We want no disclosure of the procedure itself.”

When asked about not disclosing the procedure, Puig said it’s about protecting employees. Alembic has several employees based in states where abortion will become illegal if Roe is officially overturned. He made the decision, in part, because 50% of the engineers and board members are female.

“If I have a staff member in Alabama, and Alabama decides they want to sue that staff member,  I want them to be able to use the benefit and give them maximum protection,” he told WorkLife.

It’s a particularly sensitive legal area since the Texas law targets drivers and other citizens who aided a person seeking an abortion. It’s unclear whether an employer can be sued for reimbursing an employee for travel to the procedure in a state where it is legal.

Mike Golden, an attorney who specialized in labor and employment law for 20 years before joining the University of Texas at Austin’s School of Law to teach trial advocacy, says it’s unlikely that an employer will be successfully prosecuted for funding transport to a medical procedure that is legal in the state where it was performed. He added: “It will be a state-by-state question as to whether employers can lawfully fund travel of employees for the purposes of obtaining a legal abortion in another state.”