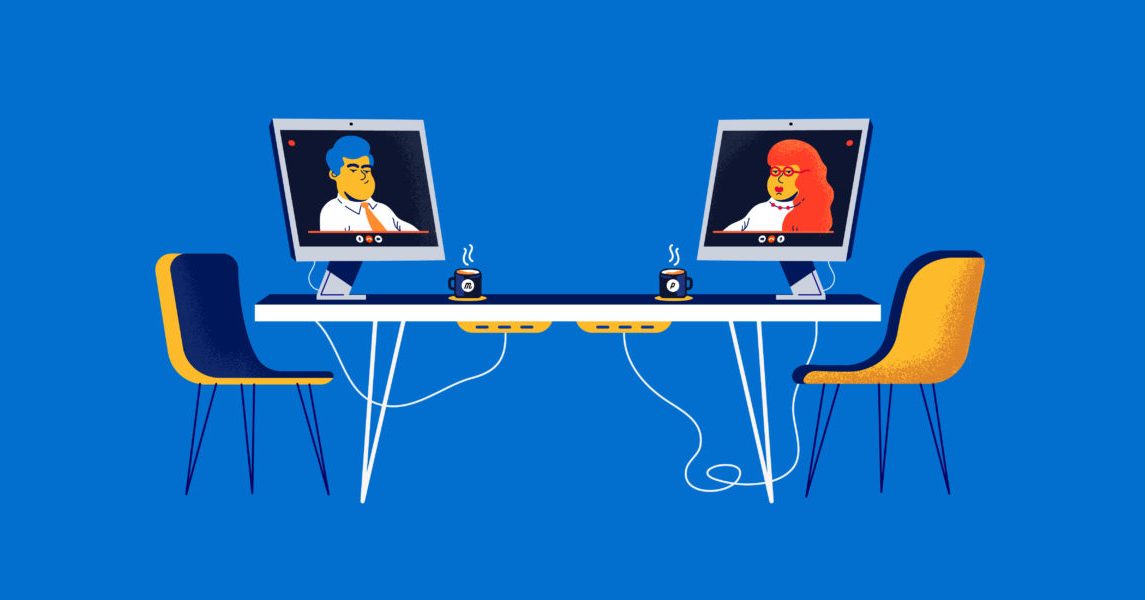 When Bouke de Vries stepped back into the Digital Decisions office in Amsterdam last week, it had been two months after the media consultancy shut its doors. He found his desk is flanked by plexiglass divider screens like every other in the office. Before the office shut, there were 20 people dotted across the open floor plan whereas now most of that space is blocked off to keep the five who are allowed back in as far apart as possible. At the beginning of the day, the first person to arrives and fixes all doors to stay open — that person then disinfects their hands after doing so. De Vries had returned to an office in Amsterdam that appeared much the same to the one he left in March, but was, in many ways, different.

“Coming in the office that first day, I was expecting it to feel rather normal, but actually it all felt quite new — as if we just moved in,” said de Vries, who is client operations lead at Digital Decisons. “By far the best part was to see some colleagues in real life again. Even though there is a lot of contact among the team, it doesn’t measure up to seeing each other in person.”

His experiences are a glimpse of what’s to come for the rest of Europe and the United States. With coronavirus lockdowns just starting to ebb across Europe, staffers are trickling back to agencies in markets like Amsterdam, Denmark, and Germany. While there’s no obligation for those ad execs to be back at their desks if they do decide to return it’s under strict conditions like staggered start times and reduced office capacity in order to restrict the number of people in the office at any given time.

For those execs who are back in the office, there’s a period of adjustment.

Sharing desks has been stopped and employees are asked to keep two meters away from each other. Elevators are near empty and face-to-face meetings are kept to a minimum. Working hours are staggered throughout the day to curb the number of people in the office at any given time while communal areas are off-limits. This is the new normal, according to interviews with 10 execs who have either returned to their office or made plans to do so by the end of May.

Some have adapted to these conditions faster than others.

For Thomas Lue Lytzen, settling back into office life at Danish media company JP of Politikens Hus A/S last month after six weeks at home was straightforward, albeit with some glaring differences.

“It’s only one person at a time in the lifts, so people are getting a lot of exercise climbing the stairs — however, it’s only five floors,” said Lue Lytzen, who is the publisher’s head of product development and insights. Some of the changes to the office are more obvious, such as more hand sanitizer, desks two meters apart, fewer people in conference rooms and external meetings are held via video.

When ad tech vendor Semasio reopens the doors to its WeWork office in Hamburg at the end of the week up to seven of the 15 people it employs there will be allowed back in the office.

For ad tech vendor Teads, limiting the number of people in each of its 40 offices isn’t as straightforward. In New York, for example, the company has had to overhaul the design of its office that can hold up to 190 people to to ensure that it can stagger the 219 people it does employ there back into the building in order to keep them as far apart as possible. Staffers who do want to return to the office will be asked to apply via the company’s HR portal where their application will be reviewed. The same process will be applied to the other 39 offices Teads has across the EMEA, APAC and North America regions.

“Initially, we’re going to welcome back 30 people at a time to the office in New York and we will keep them 20 to 25 feet apart,” said Teads global president Jim Daily. “Once all the states have opened up, there’s testing capacity, the economy is moving and people are feeling safer about being outside their home then we’ll increase the office’s capacity, but even then it will remain at around 40% to 50%.”

While Teads is yet to open any of its 40 offices, most of its five in Asia are in the early phases of reopening as is the one in Germany. In Italy, however, there are no immediate plans to open the office yet.

With so many logistical challenges for companies to hurdle, reopening offices requires complex rostering. Consequently, some are opening up their offices in phases.

At media agency Incubeta, there are five phases that will cover everything from defining how the office will run once people return, from rotating seating plans to staggered working hours to identifying those people who need to be back in the office through to looking at how they can avoid public transport and travel during peak times by offering more incentives to people to join its bike-to-work scheme. Despite those plans, the company has yet to open any of its 18 offices across Europe and the U.S.

“We’re still working out the exact office capacity for the U.K. when we reopen but it’s likely to be 30% initially before moving onto 50%,” said Luke Judge, CEO of Incubeta in the U.K. and the U.S. “From there we’ll review and adjust the limit based on what else is happening”

“We need to be engaged with our cleaning company and get very specific about what they’re going to be doing during the nightly deep clean,” said Judge. “As we go into reopening each of our 18 offices we want to make sure that we have a clear list of all the things that are included in the deep clean so that we can make them available.”

There is no springing back to the old normal. Just like economies are sputtering back to life, so too are workplaces tentatively edging back to functioning.

“We decided to make some adjustments to allow people to work from the office with a highly restricted cap on numbers and appropriate safety measures,” said Ruben Schreurs, CEO of Digital Decisions. “We still recommend working from home, so it’s really only to facilitate our employees that struggle at home.”

In the long run, getting back to work isn’t just about floor plans and hand sanitizer, but about a fundamental shift in office culture. The idea of staffing hundreds of people in an office could be a thing of the past for many businesses, particularly now that many cash-strapped businesses have stress-tested remote working. Under pressure to cut costs, companies are already considering whether they should move out of expensive offices for smaller spaces. A PwC survey last week found that a quarter of chief financial officers were already planning to cut back on office space.