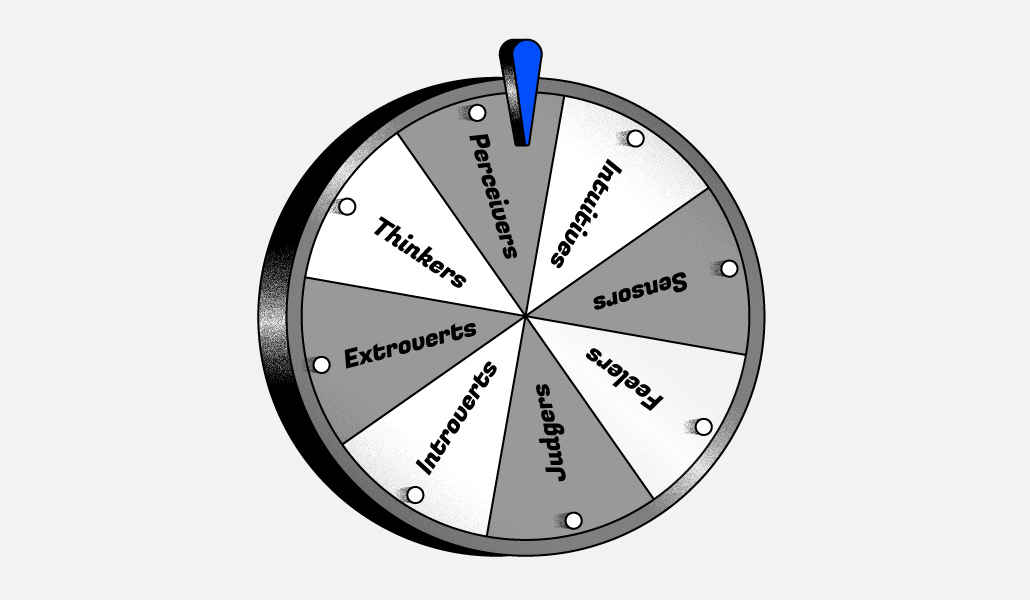 Employees’ dissatisfaction with their jobs and their likelihood to join the Great Resignation have been tied to factors including the desire for flexibility and ambivalence about returning to the office. It turns out it could also have to do with our personality type.

The jobs site Joblist recently explored how the Big Five personality traits established and widely accepted by psychologists — extraversion, agreeableness, openness, conscientiousness and neuroticism — might affect an employee’s likelihood to quit a job. It found that the most likely candidates to look for a job in the short term are those with neurotic traits (19%) and extroverts (17%). They were also most likely to have quit a job in the past two years. Meanwhile, conscientious and open employees were found to be the least likely to be on the job hunt.

One in three subjects scoring high for neuroticism (a long-term tendency to be in a negative or anxious emotional state) said they intend to stay at their current job two years or less, while one in four open employees say the same. Overall, open and neurotic employees are least likely to experience satisfaction in their work lives.

In a separate study, the visual collaboration platform Lucid discovered that 57% of workers have a preferred collaboration style — and businesses need better processes and solutions to empower this diverse range.

Those with an expressive style seek more engaging, visual ways of collaboration, such as interactive charts, drawings and graphics. The use of reactions, GIFs and emojis help them express themselves while collaborating with their teams virtually (69% vs. 58%).

Introspective employees, meanwhile, tend to be more naturally introverted and gravitate toward a more thoughtful, deliberate approach to collaboration. They often view virtual meetings as mostly people talking and sharing versus actually getting work done (65% vs. 59%).

Finally, relational employees thrive through meaningful, human connections with coworkers and prefer technology that enables direct, human-to-human teamwork. Collaborating during virtual meetings drains their energy because they’re not as engaged (56% vs. 44%).

People’s priorities and work styles have shifted to such an extent over the last two years, that learning what employees value and what motivates them has become more critical than ever to retaining them.

While it is essential that a person’s job should be a good match for their personality, the work environment must be a good fit as well, said Amy Morin, editor-in-chief of Verywell Mind and a licensed psychotherapist. “The amount of in-person or online interaction versus solitary work makes a huge difference in job satisfaction,” she said.

“A risk-taker in a bureaucratic environment is going to bring forward an innovative idea to the team and they will reject it or create red tape to slow it down. The risk-taker will be more willing to simply jump ship and find a company that will be more open and willing to embrace their contributions.”
Karen Fuhrmeister, principal in the consulting firm Aesop Partners.

Morin believes employers should customize a position to each employee’s own needs — to the extent it makes sense to do so. That said, personality is only part of the equation. Furthermore, personality traits tend to fall on a continuum, she pointed out. “Individuals possess certain traits to a certain degree, so someone won’t be completely ‘open’ or ‘neurotic,’” she said. “So an employer may not recognize someone’s personality profile or their personality might not fit into just one category.”

“People who are more rule-following and conscientious are better organizational citizens and may be willing to put in the effort to try to make things work in an environment that may not always be a good fit,” she said. “In a social sense as well, those are more concerned about how they are being perceived by others, are less likely to engage in behaviors that could be perceived in a negative light.”

In her own experience with personality assessments, Fuhrmeister has also seen the importance of considering motives and values. Employees with certain values, she explained, may be more likely to stick with a company simply because that’s how things are done. “Consider how some people are looking for a job to stay at for life and others are willing to pursue other jobs that may better fit their needs or values — for example, looking for a non-profit job to fulfil the desire to help others,” she added.

“A risk-taker in a bureaucratic environment is going to bring forward an innovative idea to the team and they will reject it or create red tape to slow it down,” she said. “The risk-taker will be more willing to simply jump ship and find a company that will be more open and willing to embrace their contributions.”

How can employers benefit from understanding the personality types of their people? Given the hot job market, it could be useful to gauge who might be at risk for leaving the company, Fuhrmeister pointed out. Employers can then evaluate if they want to retain those individuals, and use values and motives to determine what it would take to convince them to stay with the company.