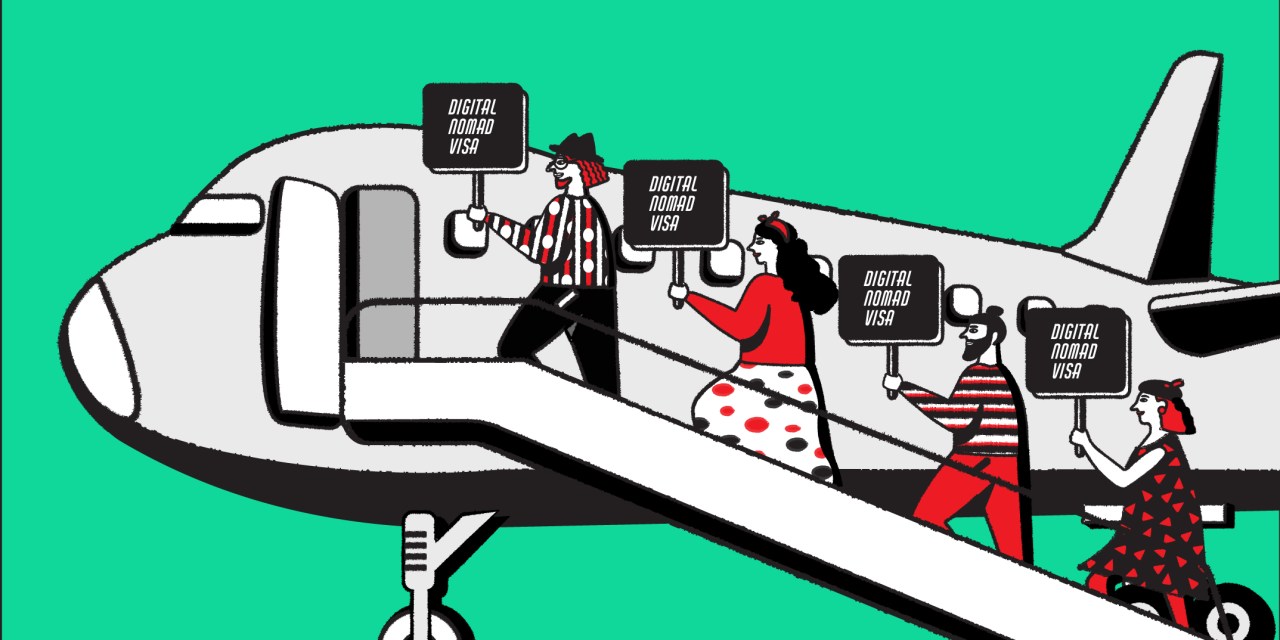 Many people have traveled from country to country while they remote worked over the past decade, but there were limited ways to do so legitimately until recently. Antiquated visa systems required travelers to define themselves as entrepreneurs or workers and required a company to sponsor their stay — an expensive, bureaucratic route with few guarantees. Instead, most people chose to label themselves as “tourists” but risked deportation if the authorities caught them out.

As with most aspects of work and travel, however, the Covid-19 pandemic has challenged the status quo. Now, countries are launching “digital nomad visas” in the hopes of replacing tourists with remote workers.

Few people know that Estonia is home to one of the world’s most advanced digital governments. The country’s e-Residency program, launched in 2014, allows people from overseas to register their identity details, start businesses in the European Union, and open bank accounts without ever visiting. In 2018, the same policymakers responsible for this program announced a new project, intended to be a global first: a digital nomad visa.

“We saw a gap in the visa market precisely because nomads have been forced to exist in this legal grey area between ‘tourist’ and ‘worker,'” said Alex Wellman, communications lead for Estonian e-Residency. “We took the opportunity to solve that problem with a legitimate route for location-independent workers to base here. As a society, we recognize the need for overseas talent to contribute to the development of our business ecosystem, labor market, and overall economy.”

The eligibility criteria for Estonia’s visa are straightforward. Firstly, participants must have an active employment contract with a non-Estonian company, conduct their business through their own company registered abroad, or be a freelancer working primarily for overseas clients. Secondly, their monthly income must be at least €3,504 ($4,160) before tax in the six months leading up to their application.

In July 2020, the Estonian parliament approved the nomad visa plan, and applications for the scheme officially opened the following month. By this point, however, Estonia wasn’t the only option for remote workers seeking a change of scenery.

The Barbados Welcome Stamp launched a month before the Estonian nomad visa. It allows remote workers from anywhere in the world to relocate to the island for up to 12 months. Participants are not required to move their personal or business tax residency to Barbados, but they must have an annual income of $50,000 and agree to buy local health insurance.

“The same strengths like climate, food, and beauty that has made Barbados a fantastic destination for tourism makes it an excellent match for remote workers,” said Peter Thompson, the entrepreneur who first proposed a Barbadian remote work visa in response to the pandemic. “We are not a large nation, so the digital economy gives us our window of opportunity. Getting ahead as a country is not just what you know, but who you know. This is a way for Barbados to radically expand that ‘who you know’ aspect by becoming a global hub,” he added.

Companies set the stage for a borderless battle for talent during the first two decades of the 21st century. Tech giants like Google and Facebook were bold in their pursuit of skilled workers and willingness to spend tens of thousands of dollars each year on international recruitment and university partnerships to access the right people. This led to the rise of Silicon Valley as a tech and innovation hub. But what comes next is unlikely to be in the format of a single destination.

As the new visa trend takes off, businesses will need to think differently about how they engage and retain workers. Suddenly, companies of all sizes must look beyond their locale and think globally. The talent battle is not only between companies but between both companies and countries. This is a challenge for organizations seeking to transform their operations, but early adopter distributed companies are keen to highlight the business benefits.

Betsy Church Bula is an all-remote evangelist at GitLab, a fully distributed software company with team members in more than 65 countries. She was previously part of the talent department but recently moved to the remote culture team. Hiring around the globe, she said, gives organizations a competitive edge.

“Our employees can live where they want or choose to travel around. There’s no pressure for them to move to a hub city to build a successful career,” she added. “Not only are we able to find talented people in locations that other companies may have overlooked, but our team is more representative of different backgrounds and cultures. For companies seeking to serve global audiences, having this diversity of thought is a huge advantage.”

The talent game has become more complex for the 2020s. Businesses continue to seek out human capital in inventive ways and with little regard for national borders. Now, though, countries have joined the race — which means more freedom and opportunity than ever before for in-demand workers.

How has the last year affected your job and mental health?
I’ve had to reassess how I communicate [with staff] and make decisions and what effect that has on people. I can’t deliver the result of a decision in person, so it is very hard to judge how it is being received. And often it is being received in a different way to how you imagine. From a mental health perspective, it’s been tough. I’ve not slept a full night since it all started. I wake up at 4 a.m. and don’t fall back asleep as there are a ton of decisions that need to be made.

Which decisions have kept you awake?
Last year was very tough in terms of revenue, so it had an impact on the ambitions of the company, where we were taking it and where we are investing. I chose to invest heavily in a new product, which meant I couldn’t invest in other departments, like marketing, so now those people have smaller teams and those left are working ten times harder with less resource. I can see they’re reaching the end of their tether. I know it was the right decision for the business, but it is tough making decisions you know will make others’ lives harder, especially this last year.

How have you had to change the way you communicate with employees?
The hardest thing has been understanding the right tone of [the] conversation and realizing that tone has to evolve on a permanent basis. Just because one thing works once and gets engagement and interaction with the teams, doesn’t mean it will always work like that. I used to do a weekly morning tea on Zoom with anyone who wanted to talk about non-work things with me and others. That worked well for a month and a half, then people tapered off. So keeping people engaged remotely, on a regular basis — it has to be reinvented constantly. It’s been a year, how do you keep maintaining that culture? But the biggest positive that’s come from this last year is that it is no longer taboo to have a personal life. People are a lot more open about what is going on outside their work, and it helps them connect a lot better.