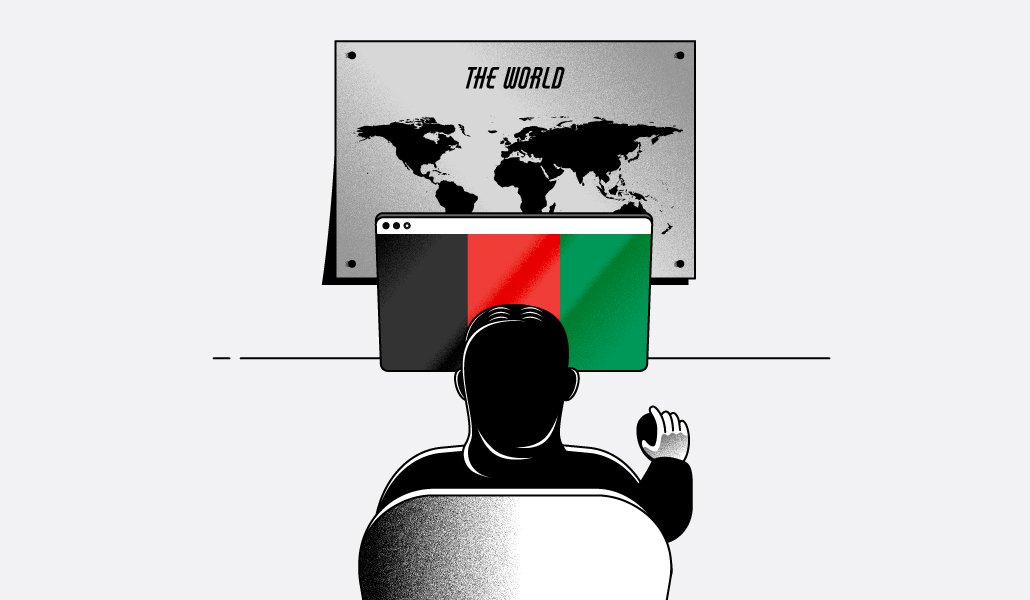 Venezuelan Jesus Cedeño is a professor in biochemistry at a medical school in Ciudad Bolívar, located in the country’s southern region. But he now earns more as a virtual assistant — a role he fills along with his teaching job. Outside of his academic work, 49-year-old Cedeño completes tasks like online marketing research, database management, graphic design, video editing, Google Ads campaigns, Google Analytics, lead generation and more for different clients.

It might sound like an odd side hustle for a medical professional, but Cedeño’s remote work as a virtual assistant has proven to be a lifeline as Venezuela’s economy has become increasingly unstable. The country’s currency has been unraveling since the 1990s due to a perfect storm of a fractured political system and an over-reliance on oil.

When Venezuela’s economy began to really spiral out of control in 2017 and 2018, Cedeño’s family felt the hit — despite the fact that they had a number of income streams supporting Cedeño, his wife and his parents, who had moved into his apartment after his father suffered a stroke in 2013.

Even a combination of his father’s two pensions, his wife’s salary as a teacher and Cedeño’s own income from both his biochemistry professor job and night shifts as an emergency room physician barely covered the essential expenses of food and medication in the face of hyperinflation. Food prices skyrocketed, causing severe supply shortages due to the rise of black market food trade. In 2020, unemployment was about 9% in Venezuela, according to Statista, compared with an average of 5% for the 38 countries in the Organisation for Economic Co-operation and Development.

But discovering virtual assistant company iWorker in late 2018 changed everything for Cedeño. Set up by Enrique Yervez, a Venezuelan entrepreneur who fled the country earlier in 2018 with his pregnant wife to settle in Argentina, the platform connects vetted, skilled, English-speaking, remote Venezuelan workers with U.S., Canadian and European small businesses and startups who need tasks done, like the ones Cedeño carries out. iWorker has now hired over 900 Venezuelans for similar work. Yervez said the platform has made an impact on the lives of over 4,500 Venezuelans by providing them with a path to extra income. He’s now expanding the business to more areas in Latin America and Africa.

iWorker is part of a wider movement in which remote work is lifting people like Cedeño out of crisis all over the world. As refugee skills authority Lorraine Charles advocates, creating more remote opportunities for this talent pool could help plug skills gaps and inject millions into crisis-stricken economies, all while boosting employment rates.

“iWorker pays me more per hour than what my job as a professor earns me per month. I’m currently working around 180 hours a month as a [virtual assistant], earning around $1,000, and this allows me to get a lot done. My wife and I have moved to a better apartment and now have enough to plan for our long-awaited child.”
Jesus Cedeño, professor in biochemistry at medical school in Ciudad Bolívar, Venezuela.

“Obviously not all professions and sectors can do this, but if remote becomes the de facto working model, you don’t have to live in global capitals to have access to opportunity. I see remote as a democratization of employment. Opportunities aren’t everywhere, but they can be with this new space we’re living in,” said Charles, co-founder of Na’amal, a refugee technology upskilling organization.

Cedeño’s parents have passed away since he first got involved with iWorker, but his income now also helps his parents-in-law with groceries and medical treatment, his brother-in-law with Asperger’s syndrome, an older neighbor with no family, and his sister-in-law who is launching a baking startup.

iWorker rates start at $5.99 an hour, with virtual assistants typically earning between $650 to $1,500 a month — significantly higher than local wages, both Yervez and Cedeño confirmed. It’s hard to pinpoint the average monthly salary in Venezuela due to its volatile currency, but Cedeño’s monthly professor’s salary can vary from $1.70 to $9 per month.

“iWorker pays me more per hour than what my job as a professor earns me per month. I’m currently working around 180 hours a month as a [virtual assistant], earning around $1,000, and this allows me to get a lot done. My wife and I have moved to a better apartment and now have enough to plan for our long-awaited child,” Cedeño said.

In another part of the world, Jamshid Hashimi founded freelance platform YaganKar in 2018 from Vancouver with a focus on Afghan talent. Hashimi left Afghanistan in 2016, migrating to the U.K. and then Canada. He said YaganKar is the first freelance marketplace aimed at helping Afghans find employment opportunities in technology, design, marketing and social media.

There are currently 600 Afghans securing work with over 70 employers through YaganKar. Around 70% are Afghans in Afghanistan, with the rest based in about 20 other countries including the U.S., Canada, Australia, Italy and Indonesia. About 20% are women. Hashimi is hoping to provide job opportunities to 1,000 Afghans in the next year, and to launch an e-learning platform to further their upskilling. The unemployment rate in Afghanistan was about 13% last year, according to Trading Economics.

“Even before the fall of government (to the Taliban in 2021), employment opportunities in Afghanistan were not ideal. But through the remote work, creator and gig economies, we can scale Afghan talent to the demands of the global market, then we can resolve the employment problem,” said Hashimi.