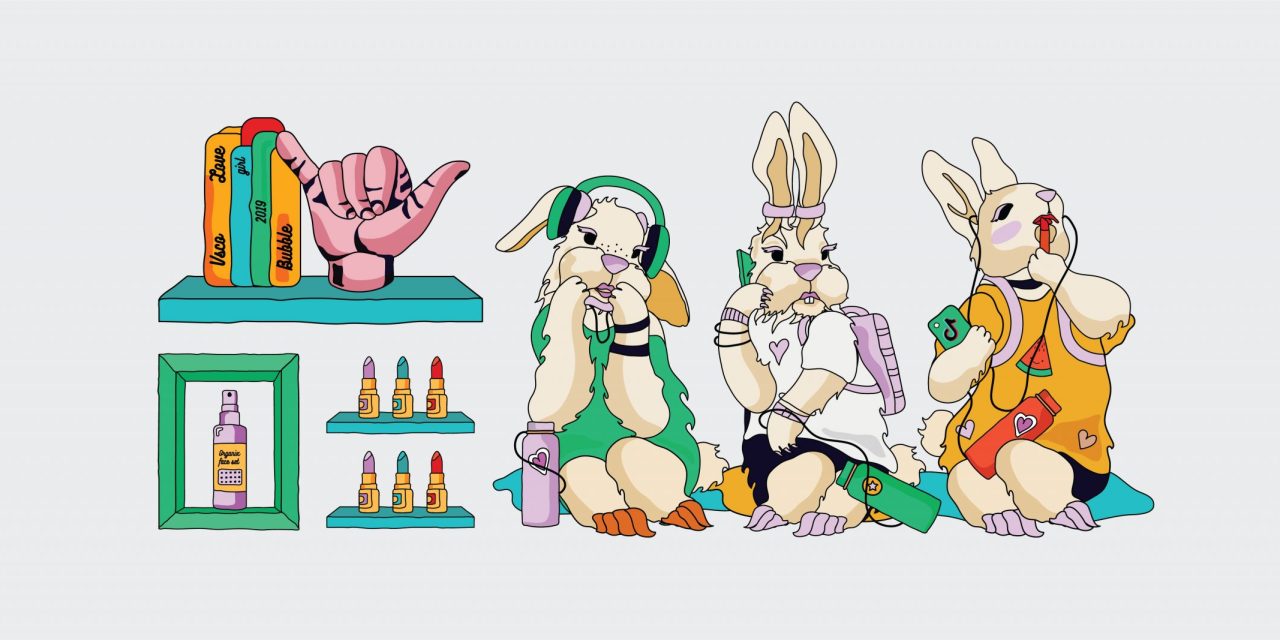 Ready or not, Gen Z is arriving in the workplace—and don’t think they’re just like millennials. 50% to 72% of Gen Zers want to pursue a side hustle or work for themselves, according to Robert Delcampo, Ph.D., professor of management and organizational behavior at the University of New Mexico.

“This group is the ultimate self-educators,” noting that he has personally observed some instances of Gen Zers exhibiting a “self-motivating, self-starting nature,” he says.

Digiday spoke to four Gen Zers; here are their initial impressions of the world of work.

Reed Nowels, 23, is a visual designer at digital marketing agency Huge in Detroit, Michigan. She currently works on creative projects for Fiat Chrysler Automobiles’ Jeep and Ram brands, but she’s been driven by her entrepreneurial spirit since she was a kid.
“I was 11 at the height of the recession. As a child, I was not capable of doing anything to help out my family, but I was aware of money being tight and the stress of that. I knew that I couldn’t support my family, but I could make money on the side so I can go to the movies. So I started a business making websites for friends and family.

I taught myself to code using HTML when I was 10 while I was trying to perfect my MySpace page. I got really into web design. Then I transferred that knowledge to Yahoo GeoCities and I made my mom’s friend a website for her car washing service. I would charge $20 a pop. Every job I’ve had stems from a want to be independent and not be a burden.

In the short term, I’d love to try out different things in-house that go beyond my current role and my managers have been good about letting me do that. Ultimately, though, I am inspired by brands like Warby Parker and Away and I’d love to work at a start-up. I think it was Jen Rubio of Away [who] said that working for a startup was an alternative of getting an MBA and that’s an intriguing thought. I’d love to work for a startup.”

Max Debczak, 23, is a studio coordinator at Huge in Brooklyn, New York where he assists and schedules all motion designers, illustrators and editors across the company’s 13 global offices. And while he’s the only person at his company who does this, job security is always on his mind.
“I went to the School of Visual Arts in New York for computer animation and originally, I wanted to work at a bigger movie studio, like Pixar or Dreamworks. But I realized I didn’t like the creative side and gravitated more towards the production side of the business. So during my senior year, I reached out to anyone in the field to get as much advice as possible.

I started my first job at a studio the day after graduation. It was a super fast hiring process and it was the only job interview I had at the time. The main reason for taking the first job was that I was starting to live in New York City for the first time on my own and the idea of not having any income was definitely stressful. But it was a starting point and I got to learn while making money in the process.

Then I was laid off after six or seven months. I started my second job search and interviewed at 10 or so places in a month, ultimately landing at Huge. I definitely think about job security a lot. I know that my work is very necessary and I’m the only person who does my job here. But at my last job, I felt secure and necessary too. If a company isn’t doing well, the first thing to go is its employees. It’s not a valid fear, but I think about it constantly.”

Maggie Kreienberg, 22, is a digital producer and social media assistant at Brides.com in Manhattan, New York. While she is currently in a contracted position, being able to write every day made the tradeoff of a salary and benefits worth it.
“During my senior year, I started applying to any jobs in communications. I’ve always wanted to work for a magazine in New York, but since they’re mainly going digital now, I didn’t know if that would be a possibility. It’s so competitive.

My first job offer was for a communications job at a small firm in Harrisburg, Pennsylvania but it wasn’t exactly in line with what I wanted to do, so I turned it down. It gave me confidence that I could find a job in the field I wanted, though.

I’m a contractor, so I’m full time but I’m paid hourly. I recently got my six-month contract extended. I don’t get paid that well, but I think it’s right in the mix for what someone should get paid for my type of work. I typically file one to two stories a day and that’s pretty much a dream scenario for my first job.

When this opportunity presented itself I couldn’t pass it up, even though I’m not making as much as I could’ve made outside of the industry. I hope to move up within the next six months to a year, but if that’s not the case, I’ll start the job search all over again.”

Carlina Scalf, 22, is a marketing associate at workplace consultancy Tier1 Performance. While her current job is rooted in business-side of communications, she is optimistic that she can find ways to incorporate her love of creative writing and journalism into her career.
“I was attracted to Tier1 because it seemed more stable than the other places I was applying to. And I especially think that kind of job appealed to me right now because a lot of the writing that I was doing in college felt like it could be more based in freelance. I like journalism a lot, but it felt a little less clear or stable and I was less willing to take that risk to go full force into the industry.

As a creative, though, the side hustle is so prevalent and I’m starting to think about how that fits with my career. There’s a mentality that you can always do both—have your nine to five and then pursue creative things on the side. In the next phase of my career, I want to look at how some of my creative stuff can fit in with my full-time job.

I think my side hustle would be in the vein of running a website or content platform where I was writing and maybe eventually other people would write too. Or I like the idea of doing some freelance writing work.”