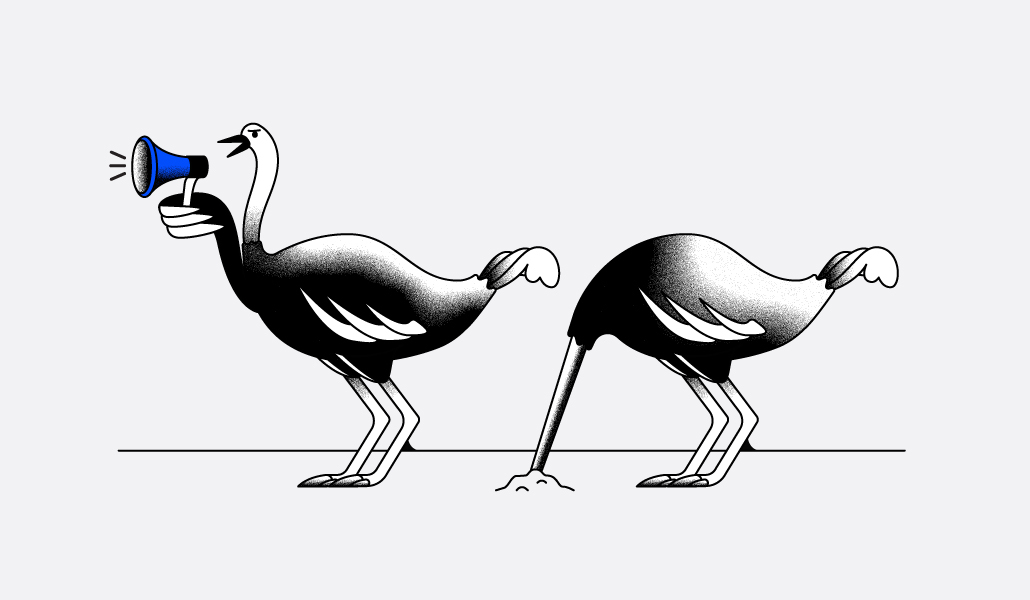 It’s been a long time since companies could remain neutral, silent bystanders on the most pressing issues of our time.

When the football player Colin Kaepernick took a knee in 2016 during the national anthem to protest police brutality, the brands he worked with were forced to decide whether they would support him and the cause, or part from someone they deemed controversial and could alienate potential customers.

Employers face a similar decision today. In the wake of the Supreme Court’s decision to overturn Roe v. Wade, employers are forced to ask themselves: if they can stay out of the biggest political and social issues of our time, should they?

This has become such a pressing question because of the backdrop the decision is set against. The seismic shift to working from home has blurred the lines between professional and personal lives. Add to that the importance Millenials and Gen Z— the largest cohorts in today’s workforce — place on an employer’s values and how it supports issues like DEI, sustainability and giving back to the community. They regularly report that those are among the most important factors in choosing an employer.

This is all exacerbated by the historically tight labor market, which is compelling employers to stand apart from competitors seemingly in any way they can.

“This is not a fight employers can or should stay out of, especially companies that claim to care about their employees’ well-being,” said Lauren Nutt Bello, managing partner and president of Ready Set Rocket, an NYC-based digital ad agency. “People expect the companies they work for to not just express their values, but to live by them. How can we claim to have values of respecting and promoting equality in the workplace, if we don’t take action based on those values? How do we not do everything in our power to protect the rights of our employees to make decisions over their own healthcare? This might rub some customers and employees the wrong way, but what is leadership without integrity?”

By invoking employee well-being, Nutt Bello is calling into question a common refrain heard in the last two-plus years — that nothing is more important to higher-ups than employee health. It was a necessary statement given the dire health concerns of the Covid-19 pandemic, which Nutt Bello now ties to reproductive rights as well.

Levi Strauss & Co. expressly connects well-being to business success, writing in the company blog that “the pandemic has shown so clearly, public health issues are workplace issues. Business leaders are responsible for protecting the health and well-being of our employees, and that includes protecting reproductive rights and abortion access.”

The post goes on to connect women’s ability to succeed at work, in part, with the ability to make family planning choices. The company underscored that issue by pointing out that women make up 58% of Levi’s global workforce.

“We believe it’s our responsibility as a company to stand up for our employees through programs and benefits guided by these values,” Tracy Layney, Levi Strauss & Co.’s chief human resources officer, told WorkLife.

For some companies, figuring out how to address the issue with employees internally – in a way that doesn’t appear knee-jerk – has been a battle. Brand consultancy In Good Co. has been matching donations its employees have made toward related causes – like nonprofit Planned Parenthood – over the last few months. But now its leadership team is taking a moment of quiet, to focus on supporting its staff’s mental health. 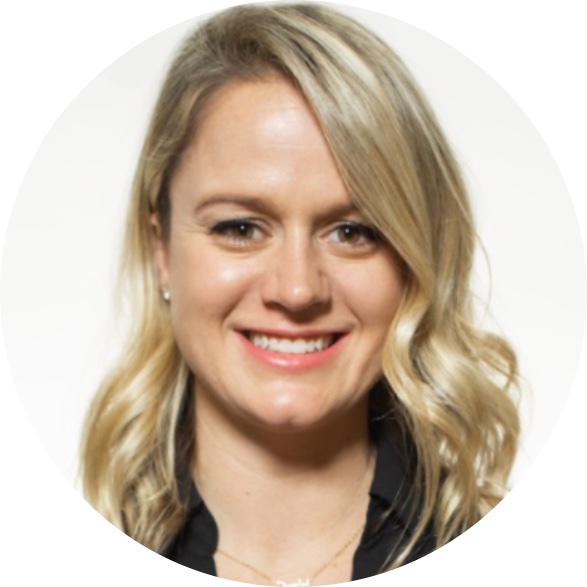 “People expect the companies they work for to not just express their values, but to live by them. How can we claim to have values of respecting and promoting equality in the workplace, if we don’t take action based on those values?”
Lauren Nutt Bello, managing partner and president of Ready Set Rocket.

“I think we’re in a moment of grief right now, whereas before [the Supreme Court ruling] we were in a moment of activism,” said Chris Danton, cofounder and chief of ideas at In Good Co. “We’ll get back to the activism. But right now, we have to give people time to grieve.”

Some outside observers say employers need to get in the fight to attract and retain talent.

“This is the start of a new age of capitalism…employer brand is emerging as the new most powerful means of corporate communication,” Bryan Adams CEO and founder of the global employer branding agency Ph. Creative, told WorkLife in an email. “The net result is that people (all employees, candidates and customers alike) will begin to make choices (career and consumer) differently based on how brands choose to show up.”

With U.S. unemployment at the historically low 3.6% as of May, employers are vying to set themselves apart in such a tight labor market. Sure, that might mean work-sponsored retreats to the Caribbean, unlimited vacation and cocktails on the roof, but it also means access to travel expenses to states where abortion is legal, free access to counseling and mental health weeks.

And while the Supreme Court’s decision to overturn Roe is the latest in a series of hot-button issues, there have been a steady stream of others: gun rights, gay marriage, police shootings. 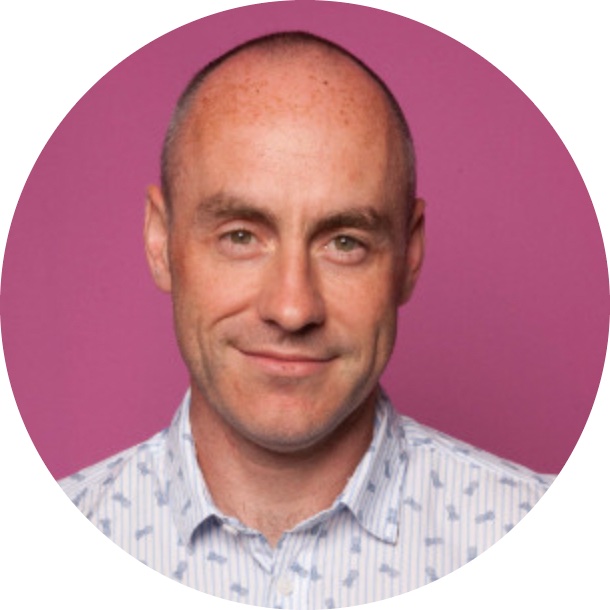 “This is the start of a new age of capitalism…employer brand is emerging as the new most powerful means of corporate communication. The net result is that people (all employees, candidates and customers alike) will begin to make choices (career and consumer) differently based on how brands choose to show up.”
Bryan Adams CEO and founder of the global employer branding agency Ph. Creative.

Disney employees walked off the job in March when the company didn’t speak out against the ‘Don’t Say Gay’ bill that would significantly restrict discussion of LGBTQ issues in Florida classrooms. Their silence became particularly stark after more than 150 businesses signed onto a Human Rights Campaign letter opposing the legislation. Weeks later, Disney changed its tune and publicly opposed the bill.

Last October, Netflix employees staged a walkout over Dave Chappelle’s special that they feel is transphobic.

When the abortion decision was leaked in May, many employers across all industries — even conservative-leaning financial institutions— rushed to tell employees they will cover expenses to travel to a state where the procedure remains legal. It was the same situation last Friday when the Roe news was announced.

Dicks Sporting Goods CEO Lauren Hobart and chairman Ed Stack sent this message internally and posted it on LinkedIn within an hour of the announcement. The company announced it will provide up to $4,000 in travel expense reimbursement for an employee, spouse or dependent enrolled in its medical plan, along with one support person.

The message addressed the fact that some people will be offended by Dick’s support of abortion rights.

“We recognize people feel passionately about this topic — and that there are teammates and athletes who will not agree with this decision. However, we also recognize that decisions involving health and families are deeply personal and made with thoughtful consideration. We are making this decision so our teammates can access the same health care options, regardless of where they live, and choose what is best for them.”

When the news broke last month, Credit Karma’s Chief People Officer Colleen McCreary sent an internal memo explaining that the company will offer travel reimbursement for employees who need to go more than 100 miles out of state to seek “transgender surgery, cancer, bariatric surgery and abortions for our full-time employees and/or their dependents.”

The memo goes on to say that the best way to influence change is by voting. “Access to voting has been under attack recently and we need to encourage voting at all levels. I’m proud to work at a company that supports the needs of all of our employees and the ability to be responsive.”

McCreary warns that employers can’t “pick and choose when to have a point of view,” and use issues as a marketing ploy. Authenticity is key.

“People can decide for themselves what sort of company they want to be a part of and choose with their feet,” McCreary told WorkLife in an email. “There are always going to be those who prefer to keep politics out of the workplace.”