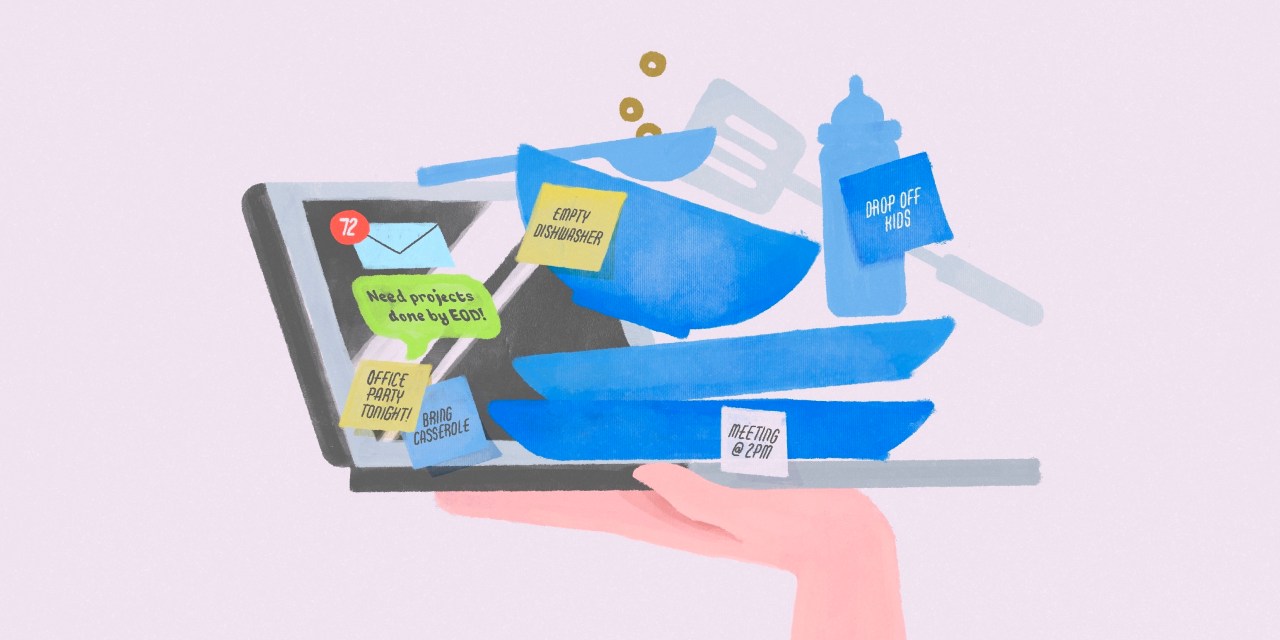 Since mid-October, Michelle Shank Boczonadi has not had a single week at work that she wasn’t also juggling child care challenges.

She’s a Denver-based senior director at Comcast Cable and mother to two-year-old Remi, whose nanny-share arrangement next door has been disrupted by RSV, flu, strep throat, pink eye and the stomach bug in the last six weeks alone.

Boczonadi is hardly alone, as high rates of illness and limited child care have combined to add pressure on working parents this fall. In October, a record number of parents missed work due to child care problems. Women are more likely than men to shoulder that burden and drop out of the workforce entirely to care for young children.

In New Jersey, Melissa Vogt became a first-time mom in May. Her son had Covid at one week old and was hospitalized with RSV a few weeks before she had to return to work. He started daycare at three months, and he’s had to stay home multiple times since because he has been sick. When he’s home, she often works anyway.

“A lot of times I start the day, and I try to get away with it without telling them. I just do the best I can from my phone while holding him,” said Vogt, who works in business development and client services for an education company.

Vogt said she is trying to be as available as possible since she recently took maternity leave. Her husband is very involved and helpful, but they face a common economic reality. “My husband makes twice as much money as me, so by default I’m the one who has to take care of our son,” she said. 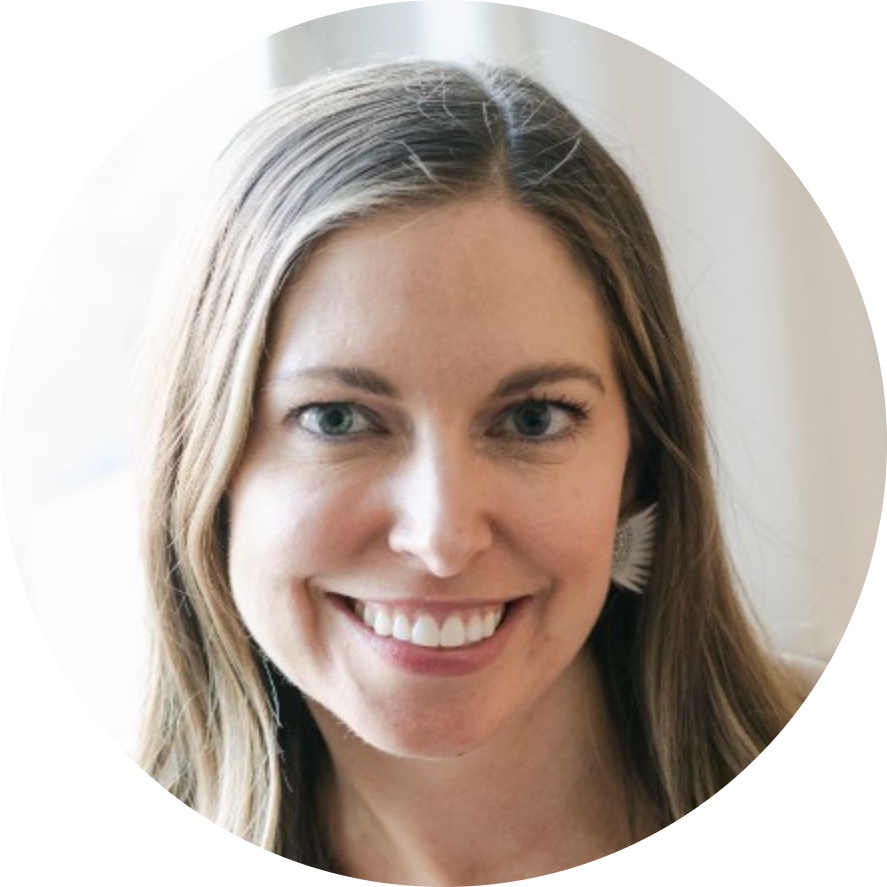 “They're carrying the load of being the breadwinner. They are also in most cases carrying the burden of parenthood, of running their household. We've been asking women for years and years to layer roles without offering additional support.”
Jill Koziol, co-founder of Motherly.
Read more →

Worse, in some cases, their workplaces and colleagues have embraced a new normal that assumes such pressures are over, sidelining parents of young children who can’t keep up.

Vogt feels guilty when she can’t attend after-hour work events and the responsibility falls on her coworkers. She hasn’t talked to them about it, even though some of her friends tell her that it’s fair for her to be unable to attend those events as a mother of young kids.

The flexibility of modern work has created opportunities for mothers of young kids like never before. More moms of kids under the age of six have joined the workforce in recent years, according to the research nonprofit PRB. There are a variety of factors – from women facing economic pressures to them attaining higher education levels. They are more likely to work in flexible ways, such as in part-time roles or as entrepreneurs.

These women also face a unique set of pressures to juggle child care responsibilities. Among parents of kids aged 12 years and under, women spend three more hours on child care every day than men, according to a study by The Hamilton Project that was published by Brookings. That imbalance varies but holds true in heteronormative households regardless of who is working.

This imbalance came to light during the pandemic, when mothers of young kids were the most likely not to return to the workforce after the initial pandemic-induced disruptions in spring 2020. The decline was significant and incongruous: Nearly all fathers in the same situation returned to work, a paper published by the Federal Reserve Bank of Minneapolis noted.

The working moms who remain in the workforce are “carrying an immense load,” Jill Koziol, co-founder of the well-being community Motherly, said recently on the C-Suite Conversations podcast. Motherly’s 2022 State of Motherhood report found that 47% of women are the primary breadwinner in their household.

“It falls to the companies to take the lead and make sure that, if they want to have a truly diverse and inclusive environment, they are also thinking of parents and caregivers.”
Lindsay Kaplan, co-founder of Chief, a network of female executives.
Read more →

“They’re carrying the load of being the breadwinner. They are also in most cases carrying the burden of parenthood, of running their household,” Koziol added. “We’ve been asking women for years and years to layer roles without offering additional support.”

The report also found that twice as many women left the workforce than men in the pandemic, and that 46% of mothers who are still unemployed initially left due to a child care issue. As Koziol put it, “The pandemic brought many women to their breaking point.”

As much as the pandemic highlighted the problems working mothers face, solutions have been slow to come. The ongoing child care crisis has drawn attention to the lack of societal support for caregivers.

“Moms became America’s social safety net when everything shut down because of the pandemic, keeping things going without any support. Not only are our policies broken, but our culture is too,” said Reshma Saujani, founder of Marshall Plan for Moms.

The organization has launched a business coalition to advocate for gender-neutral paid leave and child care through company policies and government action.

Boczonadi manages a team and tries to encourage them to take time off when they need it. She hopes to model that it is okay not to respond to an email or Slack message immediately and that you can take a call on audio rather than video “without shame, without retaliation.” 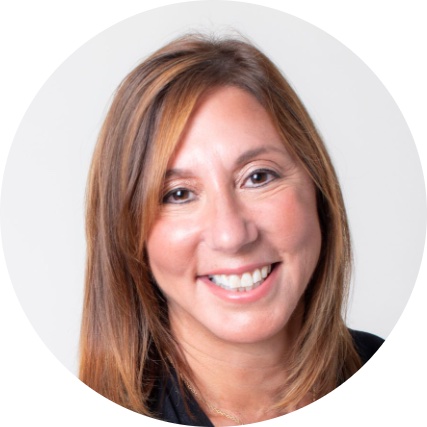 “Their ability to multitask exponentially exploded when they became moms. That's the talent that they bring with them to organizations: their ability to not necessarily be flammable in times of stress, their ability to be nimble, is really quite remarkable.”
Pamela Cohen, president of WerkLabs, the research division of The Mom Project.
Read more →

Because her workplace has supported flexibility, she says she has been able to “chase growth” as “women are being driven from the workforce.”

“It’s exhausting and difficult, but I can do my job and also balance that unpredictability and child care,” she said.

Workplaces have economic incentives to retain working mothers. They make great managers and employees because they tend to be empathetic, understanding and approachable, noted Pamela Cohen, president of WerkLabs, the research division of The Mom Project, which helps companies hire mothers.

WerkLabs has found that employees report more positive experiences when moms are on their team and more fair treatment from managers who are mothers. Female employees in particular report greater productivity when they work with moms. Cohen said most mothers say “their ability to multitask exponentially exploded when they became moms. That’s the talent that they bring with them to organizations: their ability to not necessarily be flappable in times of stress, their ability to be nimble, is really quite remarkable.”

Cohen encourages mothers to approach conversations about flexibility and other needs with their bosses, saying they should start by emphasizing their commitment to the work and their desire to do their best. If you can’t make a daily 8:30 a.m. meeting, come up with suggestions for how you can make up for that or identify another time that seems to work for everyone.

“You don’t want to just come in and dump that and then say, ‘Solve this for me,’” she noted.

Lindsay Kaplan, co-founder of Chief, a network of female executives, says companies often believe they will have to offer expensive benefits or take a hit to their bottom lines to help moms — even when that’s not the case.

Setting up an employee resource group can help parents connect with one another and identify ways that the work culture can better accommodate them, and it comes at little cost. Just creating a space for parents to share their needs is powerful, Kaplan stressed. “The first step is the conversation. If it’s not measured, it’s not managed.”

Aside from tangible benefits such as paid leave and flexible office policies, workplaces can also take steps to create a culture that makes working parents feel included even if they have to work from home more often, such as by offering virtual networking and team-building opportunities.

“Flexibility isn’t just a perk, but it is really part of the culture where we get away from the presenteeism of needing to be either like in the office or on Slack 9 to 5, and recognizing that we should allow work to get done when it gets done,” said Kaplan.

Executives can do their part by normalizing what it’s like to be a caregiver and sharing more openly the challenges they face in juggling work and home life, she added. Taking pressure off by allowing deadlines to be pushed when possible and moving work around can go a long way, too.

“We don’t have the support that is found in other developed nations,” she said. “It falls to the companies to take the lead and make sure that, if they want to have a truly diverse and inclusive environment, they are also thinking of parents and caregivers,” added Kaplan.