The toll taken on the mental health of editorial staffs over the past nine months isn’t front and center enough, according to media experts and seasoned journalists. 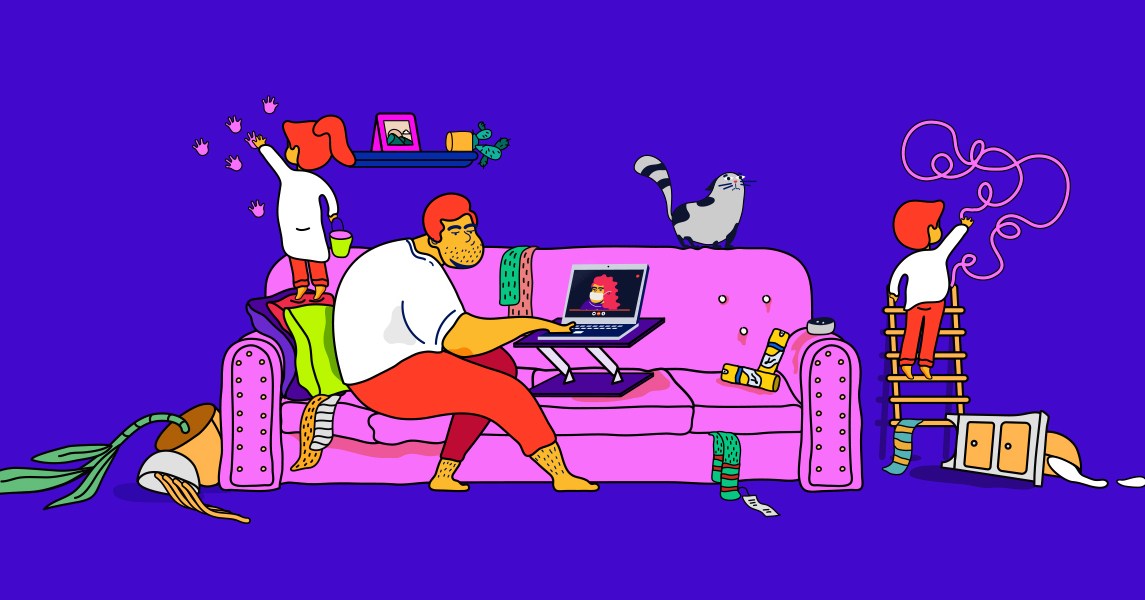 Heightened anxiety, feelings of isolation and depression, these are just a few of the knock-on effects felt by many as a direct result of the enforced workplace changes introduced to cope with the coronavirus.

For journalists reporting on the crisis, or producing editorial products from their sofas, kitchens, and bedrooms, the last nine months have been an unrelenting slog. But the toll taken on the mental health of editorial staff isn’t front and center enough, according to media experts and seasoned journalists spoken to for this article.

For many, that’s resulted in varying levels of burnout, overwhelming anxiety, depression, insomnia and loneliness. “Journalists felt they were trapped in a pandemic bubble, covering this unremittingly depressing story 12 hours a day,” said John Crowley, a freelance editor and media consultant with long experience of running newsrooms, and who himself has suffered burnout.

Along with the stress of juggling family and childcare commitments alongside remote-working challenges that have hit all industries as a result of the pandemic, editorial staff in the field have had the additional concern of contracting the virus and bringing it home to their families, according to Kristin Neubauer, TV producer for Reuters and global coordinator and peer supporter for the Reuters Peer Network — a program in which peers are trained by clinicians in active listening, empathy, self-care techniques and when to refer someone to a professional. “Reuters has been diligent about providing and updating safety equipment and protocols, but even with all that support, the worry causes much anxiety,” said Neubauer.

In April, Crowley surveyed 130 journalists from a range of media companies globally and published the results in a report in November. In the report, 64% of respondents said they hadn’t had any positive work experiences during lockdowns, and 77% said that they had experienced work-related stress. A total 59% said they had experienced moments of feeling depressed or anxious. When asked about their work-from-home conditions, 87% said they felt their employer should be responsible, or somewhat responsible, for their conditions of work.

Crowley spoke with journalists from a range of publications in the U.K., Australia, Nigeria, South Africa and Indonesia, in which they revealed that in the scramble to transition to running news outlets from individuals’ homes at the onset of the pandemic in March, their mental wellbeing became an after-thought. “People were being overwhelmed,” added Crowley. “It’s all set against the challenge of the search for a business model, people being asked to do more work, others being made redundant. When the first lockdown came, that was all accentuated with people falling ill. It’s raw, there’s a silent [burnout] epidemic going on and it can feel like newsroom leaders either don’t know — or don’t care. They are feeling it themselves too.”

Enforced cost-cutting caused by the pandemic has meant publishing executives have been informed of job losses over video calls rather than in person. National and regional news publisher Reach was among them when it was forced to cut 550 staff — 325 of which were across editorial and circulation — in the summer in order to deliver £35 million ($47 million) worth of cost savings, after revenues were hit by the coronavirus.

“We had to have a lot of conversations with people about their futures, a lot of Union consultations. We couldn’t do any of it face to face. That was a very stressful time in the company,” said Alison Gow, audience and content editor of North West Reach and president of the Society of Editors.

Making space to have conversations with managers and editorial staff that isn’t just about hitting numbers and targets is crucial, she added. “If you’re a news editor you have the stresses of dealing with content, managing a team, having a rota, people having to isolate, and you have to be aware of how people are feeling with their mental health and whether you’re providing enough support — it can bring another layer of strain for the manager,” said Gow.

Working remotely has made communication and basic human interaction with sources more difficult for editorial teams, and not everyone has had the luxury of a spacious home environment. “It is often our more junior members of staff who share houses or live in smaller flats where the fundamental physical challenge of safely working from home is more acute,” said Jon Birchall, sport audience and content director at Reach. “That has to be front of mind for everyone looking at how the new normal can work.”

Many media organizations have made concerted efforts to address the additional strain for journalists. Reuters has its Peer Network and CiC global trauma support and counselling service, the latter includes a 24/7 confidential hotline that its journalists can access professional help from anywhere in multiple languages.

Politico, Bloomberg Media, Axios, as well as The Guardian have all added new benefits like additional PTO, company holidays and training that focuses on mental health, for their entire workforce. The BBC also has a 24/7 employee assistance program and mental health first aiders. Since the pandemic it has promoted these services more to staff, and holds mental health and resilience sessions on Zoom along with workshops on remote working, according to the broadcaster.

However, there are many who believe the cultures of some legacy newsrooms remain closed to the open discussion around the mental health of their staff, and that many newsroom leaders aren’t known for their empathetic people-managing skills but rather more for their ability to soak up an inordinate amount of pressure.

Shirish Kulkarni, a seasoned journalist with 25 years’ experience working in all the U.K.’s major broadcast newsrooms, who himself has suffered from depression and anxiety, said there is still too much lip service when it comes to addressing mental health issues in newsrooms.

“Newsrooms have a playbook for Post Traumatic Stress Disorder in cameramen and women and war reporters,” said Kulkarni. “If someone gets PTSD in a warzone, they know exactly what to do, there is a step-by-step guide. But no-one understands mental health in newsrooms. There isn’t a playbook for the much more common, day-to-day issues like depression, anxiety, eating disorders, which many of their staff are dealing with but few managers know how to deal with,” he added.

Those with mental health issues often don’t feel they can speak out about it openly at work for fear of it being regarded as a weakness that will impinge their career, according to Hannah Storm, CEO of The Ethical Journalism Network. “We find ourselves defaulting to an excuse because our media industry is not able to accept that mental illness is not a valid reason for missing work,” she said. “There is a huge amount of shame attached to mental illness [in newsrooms].”

Often it’s those who are traditionally more marginalized as a result of their gender, sexual identity, ethnicity, race or a disability, who are generally most vulnerable to mental distress because of the nature of the conditions of their life or demographic, according to Storm. The same goes for interns or freelancers who don’t have support systems. “If you don’t feel yourself represented in the newsroom you feel less able to represent yourself and worry about speaking about your experiences and whether that will impact your career and how you’re regarded in the newsroom,” she added.

Most agree that culture is starting, albeit slowly, to change. “With ongoing diligence, outreach and discussion, I am hopeful that the news industry will continue to open up to mental health and come to understand that the highest quality journalism comes from journalists who are centered, balanced and supported,” said Reuters’ Neubauer.