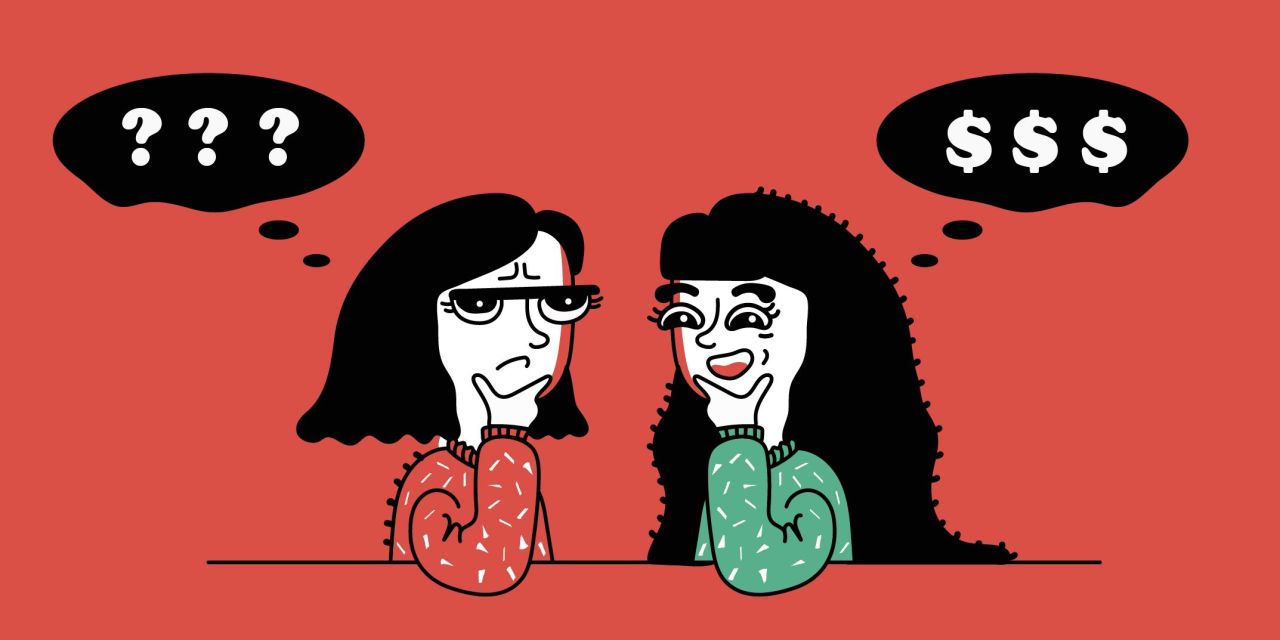 When Chicago-based software company Tandem conducted an internal salary audit ahead of developing and publicly releasing set salary bands for all its roles in March this year, it found something surprising.

The audit highlighted a gender pay gap of 14% when analyzing salaries for people in similar roles, otherwise known as an adjusted pay gap. In this instance though, it was in fact women that were being paid more for performing similar roles to their male counterparts, when historical gender pay gaps usually show the opposite.

But as four employees left the company during the time period of the audited data, they were removed from the analysis. After this, Tandem’s role-specific gender pay gap then became negligible.

The salary for those roles that were removed were set prior to Tandem establishing and announcing its salary bands, which comprise a lower and upper pay level for each role in the company — highlighting that salary bands are an effective way of equalizing pay across a business, regardless of gender. New candidates and internal candidates for promotion can negotiate within this ballpark, rather than have their new salaries pegged to what they were earning previously, which is how pay gaps end up being perpetuated.

Tandem’s audit didn’t cover any unadjusted pay gap, which is the difference between what men and women are paid in general, in the business, which can highlight when there aren’t enough women in senior roles, but it plans to include this in its next audit in 2022.

Tandem is a step ahead of the salary transparency laws coming into effect across the U.S., which at minimum, require disclosure upon request. Tandem founder and CEO JC Grubbs hopes the move will spark a wider corporate trend to boost equity and inclusivity at all levels.

Grubbs acknowledges that calculating and sharing company-wide salary bands is easier in a smaller organization – Tandem has just 33 employees, albeit with some major clients including IBM, Verizon and the U.S. Department of Defense. But he also believes larger companies must make the investment to set an example.

“Salary transparency is very rare in our industry. Smaller companies can be a little more tolerant of the perceived risk that comes along with transparency, larger companies seem to have a hard time with that — especially public companies,” said Grubbs.

Salary transparency is very rare in our industry. Smaller companies can be a little more tolerant of the perceived risk that comes along with transparency, larger companies seem to have a hard time with that — especially public companies.
JC Grubbs
Tandem founder and CEO
Read more →

“When you are Google or Facebook, you probably have thousands of different job titles so it’s harder to put a framework around them to create clearly defined salary bands. But that doesn’t absolve larger companies from the responsibility of creating equity — it just takes more resources for them to do it,” he added.

The nuts and bolts

Grubbs began working on the changes last year in response to employee demand for salary transparency. Using Google Sheets, they started with five job levels, but then realized that wasn’t broad enough, so expanded to seven. They split the entry-level positions into two levels and added a new “Principal” level at the top.

Tandem’s management team did a skills-based assessment of each team member, auditing each person’s career progression to group them into cohorts who could do the same level of work. The team then took a look at the broader marketplace, noting the salary requests they were getting from new candidates.

Tandem worked with the network of external companies it has partnered with to share best practices, to make sure they were benchmarking appropriately for their sector of the industry. They also bought additional salary market data from a specialist provider. This external data matched Tandem’s salaries.

Grubbs said they intentionally left room for movement within each salary band, giving managers discretion to keep newly-promoted staff’s pay toward the lower end if their promotion was speculative, then offer performance-based increases if warranted.

There is some art and some science to the process he added, with both required “to get to something that feels right.”

Tandem and Whereby’s spreadsheet approach is how 57% of organizations continue to plan their compensation strategies, according to Deloitte’s Global Human Capital Benchmarking data. The report chalked this down to “misconceptions about the specificity of their needs and a lack of knowledge about new market offerings”. It recommended companies use “compensation management solutions…to enable accurate, efficient and equitable workforce compensation”.

Hayes stands by her decision to work manually. “At the moment there is no tech that I am aware of which makes this easier for startups. Compensation methodologies and frameworks have a host of legacy, bureaucratic and ‘old school’ tools,” she said.

Grubbs also raised concerns about potential AI bias in compensation tools, and said that it’s down to humans to make determinations based on their organization, and to recognize and eliminate bias in the process.

“No two companies are alike, no two geographies are alike, so a tool around salaries should only be a facet of the decision-making,” Grubbs said.

When companies don’t make clear how they are measuring and compensating their employees, that’s when bias can sneak into the evaluation process, Grubbs believes, adding that equal pay and equal measurement are inextricably linked — which is the exact role salary bands have to play in eradicating pay gaps of any kind.