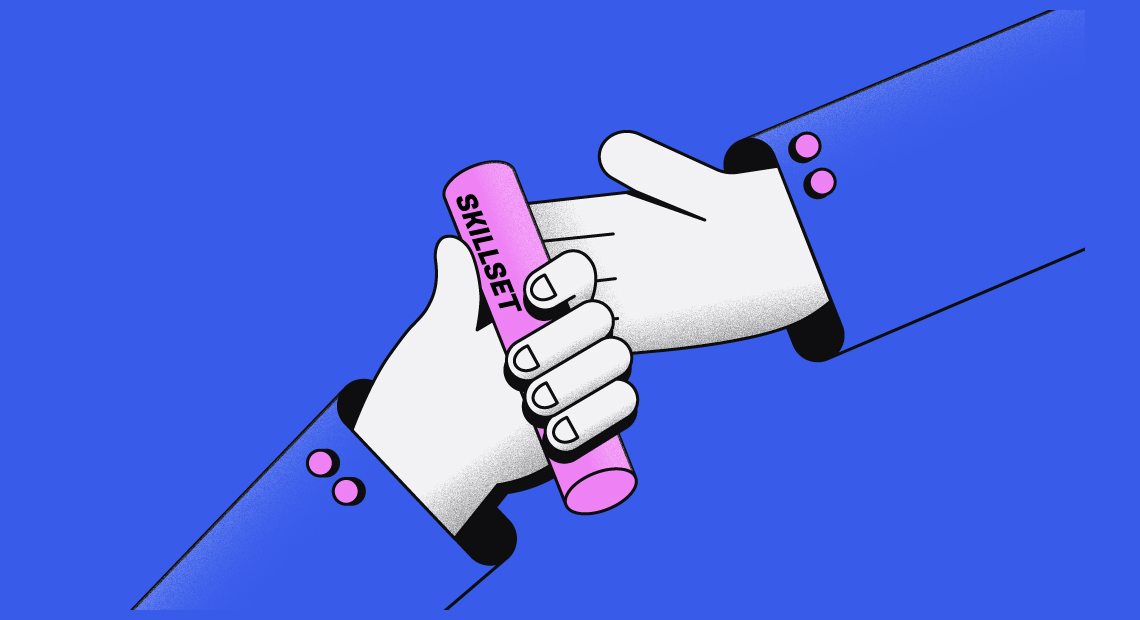 Everybody wants to work with like-minded people. Naturally, being on the same page with one’s bosses and colleagues is a solid foundation for getting things done, not to mention the basis for a placid workplace.

But how many companies, when looking to acquire talent, make the individual and his or her “fit” with the organization an even greater priority than work background or education? And what job candidate doesn’t want to be seen mainly as an individual who brings his or her individual strengths and talents versus just a resume?

The digital marketing agency Acadia, with offices in Atlanta, New York and Grand Rapids, Michigan, is meeting the challenge of a tight talent market by honing in on prospects who are curious, natural collaborators and community builders, then training them for the work at hand. “We’re hiring good people who live our core values first and foremost,” said head of operations Chad Crowe. “So, we protect our community inside, and the diversity we end up with makes us able to handle change easily.”

The agency — which has done work for clients like paper products giant Georgia-Pacific and parental control app Bark — has recruited former schoolteachers to run the accounts and design functions of the business, hired a sales rep from the printing industry to be an account executive and tapped an outside events manager to be a digital marketer. Most recently, someone who previously worked as part of a SWAT team (yes, an actual SWAT team, equipped with weapons and battering rams) was recruited by Acadia to be an SEO specialist.

How does one make the jump from responding to hostage situations to solving SEO issues? Crowe said what was impressive besides that employee’s interest in web development was his “servant attitude,” adding that as a boss, “you want somebody who’s got that attitude of, yes, we’re going to solve this, and we’re going to find a way to solve it that’s beneficial for all the team. He really just aligned in a lot of ways.”

Acadia’s way of doing things also enables people to move freely across the organization once they are hired. For example, an account executive with a passion for people and numbers was trained to become the agency’s human resources financial manager. (Before joining the agency, he worked in the record business.) The company has had people move from the media department to account management, then back to the media department. Recently an employee moved from sales to retention marketing. “That happens a lot here,” said Crowe.

"We protect our community inside, and the diversity we end up with makes us able to handle change easily.”
Chad Crowe, head of operations, Acadia.
Read more →

Another home-run hire was a teacher from the inner-city Atlanta school system who wanted a change of career and happened to have a background in statistics. After a series of jobs at the agency, she eventually rose to head up the account management team. “There is no job she’s not done” at the agency, Crowe said. “Her can-do attitude has really allowed her to learn and grow fast. She’s a good example of where somebody you wouldn’t think would have the kind of background you’re looking for turns out to be an awesome hire.”

When it comes to focusing on people’s individual talents and interests versus their work experience, the research would seem to support Acadia’s approach. A recent Gallup poll of more than 13,000 workers in the U.S. found that, while compensation/benefits and work-life balance are the top reasons people change jobs, an opportunity to play to one’s strengths in a company ranks third, with 58% of those surveyed saying it’s important.

When people have the opportunity to do work they are naturally gifted at and trained to do, they enjoy their work, find it stimulating and want to do more of it, the Gallup study concluded. “Workers who aren’t allowed to use their strengths very often seek jobs where they can; workers who do get to use their strengths seek out jobs where they get to use them even more,” wrote Ben Wigert, Gallup director of research and strategy for workplace management in the company’s workplace blog.

Acadia is not altogether out of the box when it comes to the hiring process. Like any other business, it fields resumes and sends recruiters to industry events and college campuses. But being community-minded, the referrals of its own employees carry exceptional weight. Rather than 100 bucks or a Starbucks card, the agency makes a donation to a nonprofit of the employee’s choosing for recommending someone who gets hired. Most of the company’s best people — including that former SWAT team member — came by way of a referral.

The key to talent acquisition, Crowe added, is in finding not only people you want to join your organization, but also in building the kind of company people want to be a part of, according to Crowe.

“People are really coming to understand [the connection between] how you’re valued as a person and the motivation and pleasure you have in coming to work because you’re building something bigger than you are,” he said. “That’s something that will never go out of style. So we hang our hat on that.”