With social distancing keeping coworkers apart in December, media companies and agencies have turned to care packages to replace the holiday party. 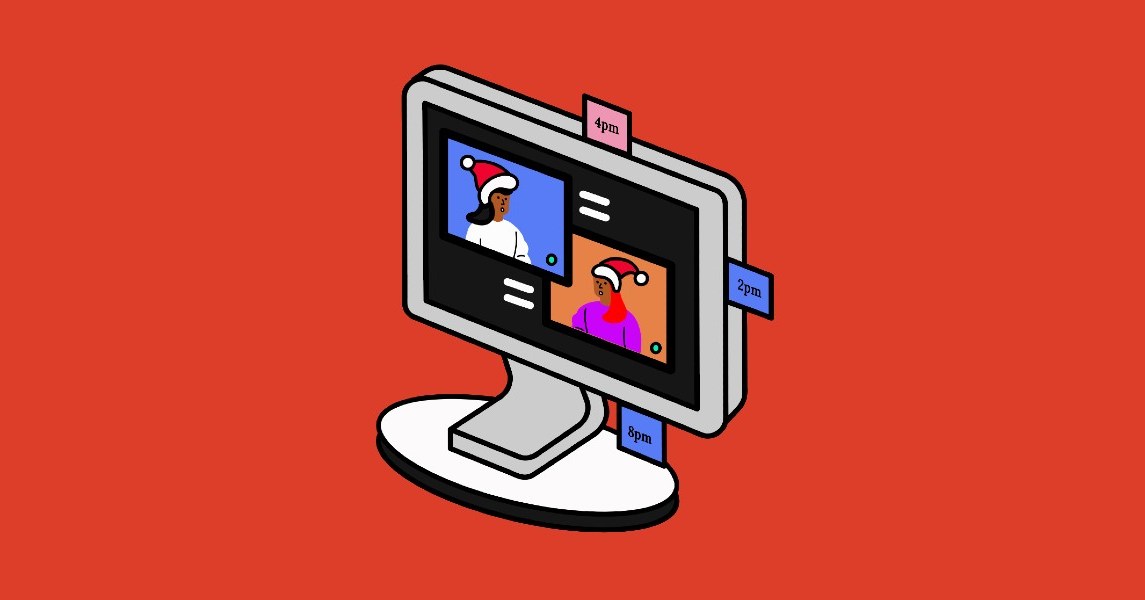 Media and agency professionals’ livers, rejoice: The dreaded holiday party gauntlet shall not be run in 2020.

With social distancing measures locked in through the end of 2020, the boozy, lavish — maybe even dangerous — holiday parties that used to define the middle weeks of December have been put on ice this year. In their place, employers are holding toasts over Zoom, sending care packages to employees’ homes, and in some cases, giving the most treasured gift of all: Extra time off.

Instead of a big office bash, Vox Media and BuzzFeed will both host smaller, team-specific gatherings on Zoom. A cross-organizational team at Vox built a resource guide with recommendations and suggestions for how to host a virtual get-together. Meredith will host a company-wide toast on Zoom next month to celebrate the achievements across various departments, a company spokesperson said. Business Insider, which normally covers its offices in tinsel for the holidays, is having a virtual party this year, hosted by a comedian who specializes in magic tricks, and raffling away prizes.

In some respects, the substitute celebrations are just one more adaptation media companies have had to make this year. But they are also part of a bigger challenge that media and agency employers will face well after 2020, as remote work continues to become more common.

“You’ve got employees that are feeling much more isolated than normal,” said S. Chris Edmonds, the CEO of Purposeful Culture Group, a consultancy that helps companies with their workplace cultures. “This time of year, there’s a drive to tell everybody that they appreciate their efforts. I’d say, ‘Don’t wait til freaking Thanksgiving to show them you care.’”

While the traditional holiday party is usually confined to one day, some employers are looking to spread the cheer out over a number of days this year.

For example, the Martin Agency, which likes to go all out on its holiday party — last year, it hired a band, rented outdoor tents, created a separate aesthetic theme for each floor of their offices, and offered smoky drinks to employees, as well as their plus ones — is going for something a little more experiential.

Starting this week, Martin Agency employees will get a box of gifts chosen by agency leaders, which reflect the company’s work and its values, chief culture officer Carmina Drummond said. The items, part of what the company is calling “Martin Days,” will be opened one at a time over several days in December. On Dec. 10, the entire company will get together on Zoom to open a mystery gift.

Drummond declined to share specifics about what the gifts were because the boxes were still headed to some employees. “Think great conversations, inspiration, a fun, functional thing, and just really kind of a delight in who we are,” she said.

Others took holiday stresses, both typical ones and 2020-specific ones, as their point of inspiration for care packages. The agency DiMassimo Goldstein, for example, gave each of its employees a Turkey Allowance this year to make up for the fact that most people wouldn’t be traveling home to see their families, and last week it sent employees a “Behavioral Health Pandemic Holidays Emergency Kit,” which included free subscriptions to lots of client products, including connected fitness apps and Weight Watchers.

While it’s unlikely that virtual celebrations will replace in-person ones once it’s safe to hold the latter, the increased focus on employee recognition might lead to different shows of appreciation in years to come.

This year, the Martin Agency is also closing its doors for the final two weeks of the year, to recognize how much the company got done, adding new clients and turning a profit in a year when most agencies struggled mightily.

Moving forward, more companies will have to treat those holiday plans, whether they are care packages or extra time off, as investments.  “Culture’s not something that is going to be beneficial unless you invest in it,” Edmonds said.