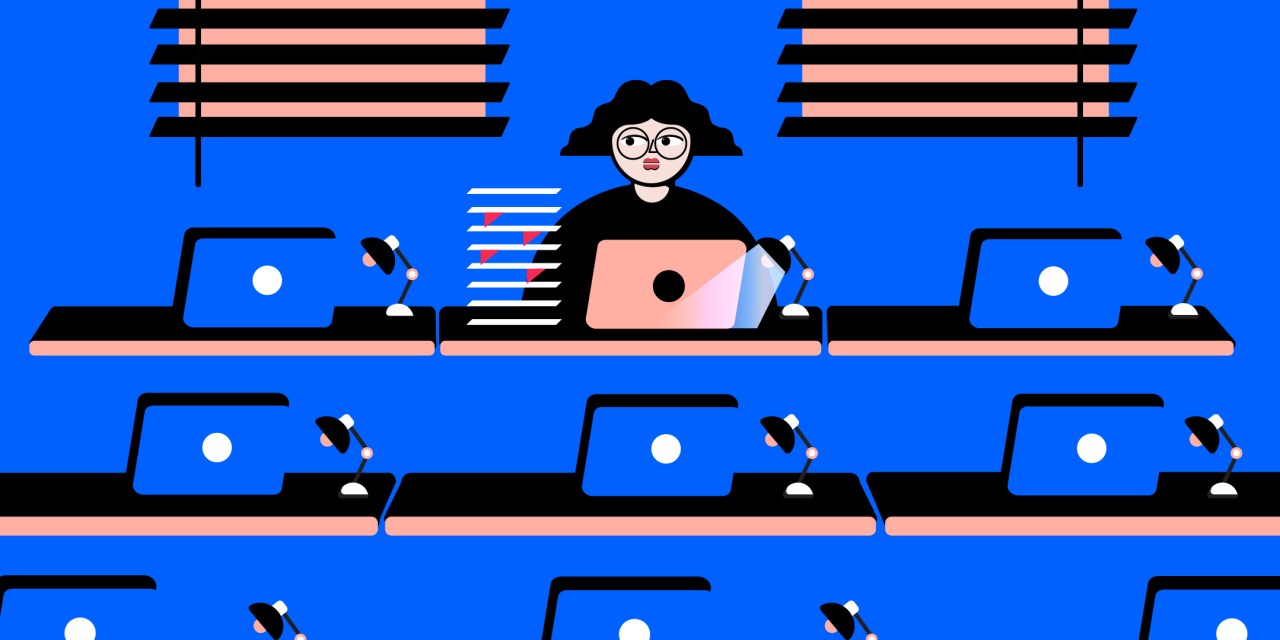 This article was first published on WorkLife’s sister site Digiday.

Nearly two years since the pandemic began, media employees are still dissatisfied with their companies’ plans to bring them back to the office. Unions represented by the NewsGuild of New York and the Writers Guild of America, East are struggling to find common ground with management. They say the return to office plans presented to them aren’t safe enough and aren’t including unions in the process, while management believes they are doing what they can to prioritize employees’ health and safety. All of this has been exacerbated by the recent wave of Covid-19 infections spurred by the omicron variant.

“RTO and work-from-home policies are important issues in all of our current negotiations,” Lowell Peterson, executive director of the Writers Guild of America, East, told Digiday in an email.

“Some companies seem to have an abstract institutional imperative to ‘get people back in the office,’ regardless of what’s happening with the pandemic,” he added. “Our members have made it clear, through mobilization and petitions and letter-writing campaigns, that they are willing to take collective action to protect themselves and their families, while continuing to do their jobs.”

At the end of last summer, the main tension between media unions and management was the issue of productivity: Management said they needed staff back in the office for better collaboration, creativity and company culture, while employees argued they were just as productive, if not more productive, working from home during the pandemic.

Now, the root of the tension is management setting what unions say are arbitrary dates for when they want employees back at their desks — and resisting coming to the bargaining table to negotiate a return with the union, according to interviews with members of the NewsGuild of New York and the Writers Guild of America, East.

Office return dates have been delayed time and time again. When unions at Meredith, Condé Nast and Hearst filed Unfair Labor Practice with the National Labor Relations Board against their respective companies’ return to office plans last summer, the Labor Board responded to Meredith Union’s charge, saying that a return to the office is a mandatory subject of bargaining. Management, in other words, cannot force employees back to the office without first negotiating it with the union. In August, Meredith Union launched a public petition to management, asking them to delay the return to office indefinitely and engage in bargaining with the union over the plan.

The New Yorker Union at Condé Nast, which is represented by the NewsGuild of New York, has a contract that contains specific language allowing employees to work from home if they feel personally unsafe returning to the office, according to Lainna Fader, director of audience development at the New Yorker and New Yorker Union steward. “So whatever the company says— and they can’t implement anything for us unilaterally anyway — we still have that protection, and continue to discuss the specifics of RTO with the company on top of that,” Fader said. The union had a bargaining session over return to work and submitted information requests to management, she added. Condé Nast decided this month that it’s putting its flexible return to office plans on pause until Jan. 31 at the earliest. (Condé Nast did not respond to a request for comment before publishing time.)

The risks of returning

The situation isn’t so simple at other large media unions. There is also concern that the plans in place can’t ensure employees’ health and safety, despite companies requiring vaccinations or mask-wearing.

A recent interview with a Hearst employee revealed that loose adherence to these requirements within office buildings may not be enough to prevent spreading the virus at work. Within a few weeks of Hearst making it mandatory for staff to come into the office twice a week at the end of November, a few employees were testing positive for COVID-19. Hearst management told employees they could work from home through the start of the new year, and then the company delayed the return to office again until the end of the month. Hearst Union, which is represented by the Writer Guild of America, East started a letter-writing campaign on Jan. 10, urging management to negotiate with Hearst Union “for a safe and flexible return” and pushing back on its return to office mandate. Hearst delayed the return again on Jan. 13, saying employees could work from home “until further notice.”

“The safety and wellbeing of our employees is our first priority,” a Hearst Magazines spokesperson said, when asked about employees’ concerns regarding COVID-19 precautions at the office — and how the positive cases were handled by management. “All Hearst employees and visitors are required to be fully vaccinated to enter our office locations, and we are following the CDC guidelines and recommending that everyone wears a face covering when social distancing cannot be maintained. As we continue to monitor developments, closely follow NYC guidelines, and update our policies as needed, employees who are not comfortable coming into the office have the option to work from home until further notice.”

The importance of audits

“We want to go back to the workplace when it’s safe,” said Adam Carlson, politics editor at People magazine and a member of the mobilization and communications committee at Meredith Union, which is represented by the NewsGuild of New York. Sometimes that means the unions taking it upon themselves to ensure it’s safe — or not.

At Dotdash Meredith — the newly combined company that includes over 40 magazine and digital media brands, including People, People TV, Entertainment Weekly, Shape and Martha Stewart Living — Meredith Union performed a health and safety audit of the company based on their airborne infectious disease exposure prevention plan. Meredith failed the audit on Dec. 16. Among the issues listed? Multiple employees and building personnel were found walking around unmasked. Dotdash Meredith has had over 20 confirmed cases of workers who were voluntarily in the office and exposed to someone with COVID since the start of December, according to a representative at the NewsGuild of New York.

“Our top priority is the safety of our employees. We continue to closely monitor CDC as well as state and local data and guidance to determine the best date to officially return to our offices,” said a Dotdash Meredith spokesperson.

The audit “really underscores the need for this, for us to go to the bargaining table,” said Carlson.

A second NewsGuild of New York representative told Digiday that it will train members to do more audits at their companies’ buildings, and this is “something we intend to do” more of in the future.