As pressures on CEOs have built over the last year, some businesses have created co-CEO positions to prevent leadership fatigue. 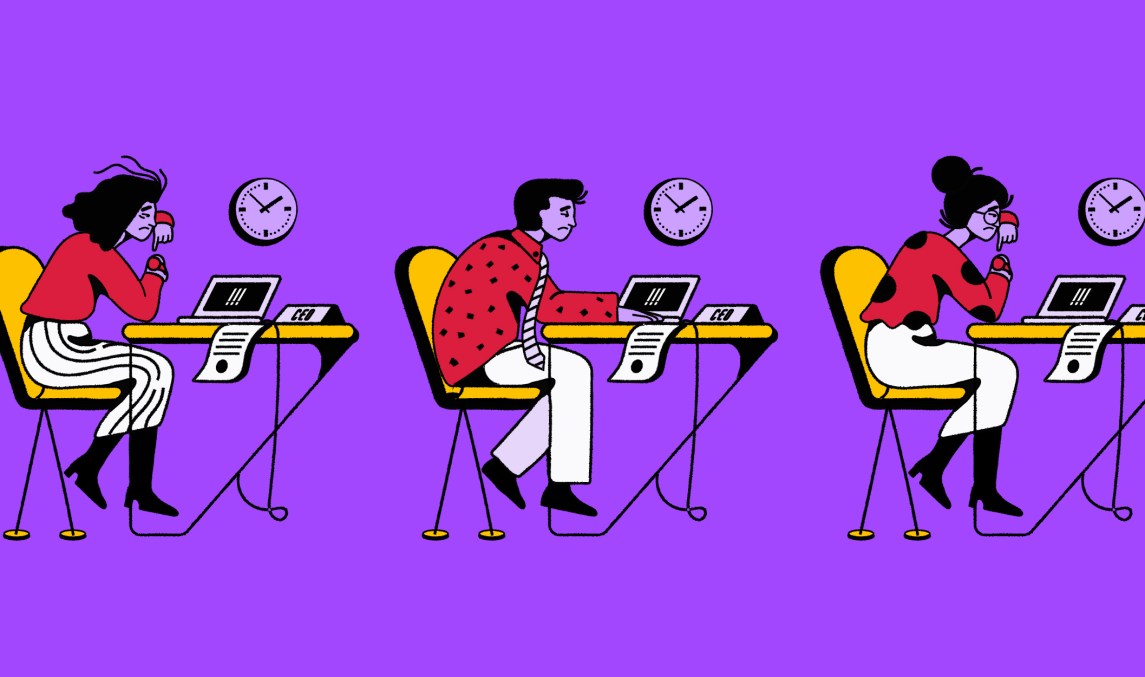 The past year has brought forward a concept usually swept under the rug: CEO burnout.

Running a business during a pandemic and addressing the additional needs of remote workforces have taken their toll on C-suite executives. A total 53% admitted they have struggled with their own mental health over the past year, according to Oracle research.

Several have begun to speak openly about the impact of these pressures on their mental health. CEOs such as Alex Depledge from U.K. architectural startup Resi, Janice Kaffer of Canadian care centre Hôtel-Dieu Grace Healthcare and Matthew Cooper of U.S. fintech EarnUp have been publicly sharing their mental health challenges.

Now as companies place an intense focus on recovery and growth in the toughest of economic climates, more are beginning to question the status quo. That’s led several to adopt a co-CEO model — the theory being that they can double down on business recovery but without risking working one individual to the bone.

An eye on exponentially accelerating growth is what has prompted the likes of U.K. media company Jungle Creations, European venture capital firm Octopus Ventures and job sharing platform Roleshare to adopt a co-CEO model in the last three months.

All pairs at the helm believe that, despite delineating key responsibilities, what lies ahead sits beyond the scope, skillset and headspace of one person.

“Octopus Ventures has grown significantly over the last year and intends to keep growing, capitalising on a golden age of European technology investing. This was about building a platform for future growth to allow us to keep scaling effectively,” an Octopus Ventures spokesperson told Digiday.

That’s an attitude shared by Roleshare co-founders Sophie Smallwood and Dave Smallwood a husband and wife co-CEO team who left jobs at Facebook and Paypal respectively to launch the job share matching website.

Jungle and Roleshare co-CEOS both cited their partnerships’ openness as a way of alleviating some of the mental burden of being CEO. Jungle’s co-CEO Nat Poulter believes having someone to stress-test new ideas against leads to better success, while fellow co-CEO Melissa Chapman is convinced it makes for more effective, hands-on leadership.

For the Smallwoods, it’s an extra layer of confidentiality and vulnerability that not even your closest C-suite ally can offer — regardless of whether you’re married.

“CEO level is a lonely place to be. There are a lot of people who need things from you. There are few people you can share how you really feel with. You can’t always be upbeat and positive, and if you’re by yourself, you’re having to struggle with that alone. In a partnership, you can lift each other up,” added Sophie Smallwood.

In the media industry, Charlie Crowe, founder of the Festival of Media and now a consultant, offers the example of agency Initiative. In the early 2000s it was run by CEOs Alec Gerster and Marie-Josee Forissier, who ended up splitting remits geographically. Crowe said it contributed to a lack of cohesion, resulting in a talented female CEO not realizing her full potential.

According to Steve Hyde, CEO of media and marketing executive recruiter 360xec, organizations thrive on a single leader employees and customers can rally around.

Hyde advised addressing one of the main boardroom issues that would lead to a business considering a co-CEO set up: a “lack of diversity of thought”. That would be an imbalance of left brain, analytical and logistics oriented leaders, like a CFO, CIO or CTO; versus right brain, creative, future thinking people, like a CMO.

“That’s the problem you might be sticking a plaster over, without digging deeper. If you do, you probably don’t need two people as CEO,” said Hyde.

Yet Jungle’s Poulter argues the complexity and growth of his business warrants the co-CEO model. “Covid has made people and businesses more open to change. With businesses like ours moving in this direction, I can imagine others viewing it as a viable option too.”