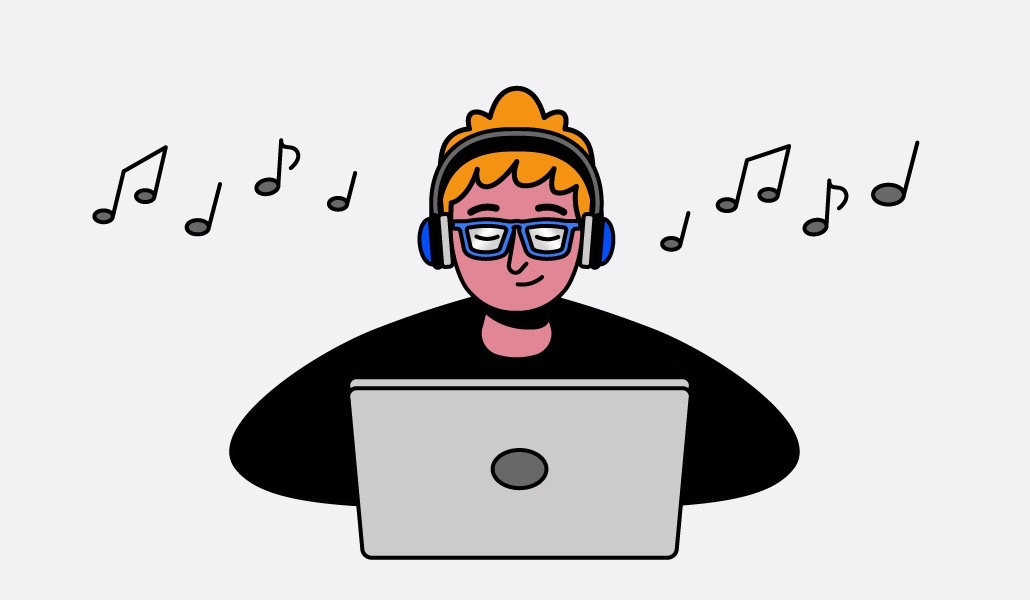 Spotify launched a new work model called “work from anywhere” (WFA) in February 2021 – and it was music to the ears of its 8,600 employees, according to data published in early August.

The policy enabled staff to decide when they worked in a company office or wherever else on the planet, as long as the Swedish-headquartered company had a hub in that country.

The music-streaming company also tweaked its salary bands, recalibrating them by nation rather than city or region. That seemed to be a popular move: 6% of its 11,453 employees moved countries after this policy was introduced, and a large chunk of whom moved within the U.S.

The headline news, though, is that despite the great resignation trend, Spotify claimed staff churn has reduced compared to pre-pandemic levels and that it has also boosted the diversity of its workforce – as a direct result of the policy.

It’s also enabled the organization to enter new territories – it’s now registered in 42 U.S. states, and in Europe it has expanded to Spain, Germany and the Netherlands.

Anna Lundström, Spotify’s vp of human resources, told WorkLife she was pleased that the company’s bold move had reaped such rewards, and that it will continue to evolve the model. “It’s [the WFA approach] positive proof that our decision of listening to and trusting our people worked,” she said.

By separating work from the necessity of being physically present in the office, Spotify has widened its talent hiring net considerably, Lundström said. “Roughly half of all new hires in 2021 were hired in a location outside our main hubs and we’ve continued to explore entries in new locations,” she added. “We wouldn’t have been able to grow at the pace we are without the WFA program allowing us to hire in new markets.”

Spotify had long planned to introduce the WFA scheme to become a fully distributed – or remote – organization by 2025. “The pandemic just set this plan in motion a bit earlier,” said Lundström. “We’ve learned that more flexibility gives employees true autonomy at work. At Spotify, we believe that work is not something you need to come to the office for; it’s something you do independently of where you are, and therefore you should be able to work from anywhere.”

Again, the program is malleable, depending on what Spotify staff want, and Lundström conceded that collaborating in a hybrid model is one of the company’s biggest challenges. For other business leaders considering rolling out a WFA policy, the secret is to listen to employees, plan carefully, test and tweak.

“It’s not as simple as telling employees: ‘You can now work remotely,’” she said. “We thought through every aspect: our salary policies, tax implications, food programs, commuting benefits and more.”

Much of the day-to-day execution of flexible working policies comes down to individual managers. Spotify has ensured all leaders who managed teams were given distributed-first training. “How to run teams, inspire colleagues and maintain efficiency are all part of being a leader in a WFA workplace,” added Lundström.

Spotify’s recent WFA news has piqued the interest of employers and employees alike, stated Molly Johnson-Jones, co-founder and CEO of flexible work specialists Flexa Careers. “The number of job seekers looking for WFA jobs on our platform is up by 800% in 2022 to date,” she said.

Sounding a note of caution, she added: “But as WFA schemes become more commonplace and high-profile companies like Spotify offer staff more remote working options, both employers and staff must be clear about what exactly this entails.”

The devil is in the detail

Johnson-Jones pointed out that WFA – much like hybrid working – is a catch-all term and doesn’t have a universal definition. “Because of this, an employee must check their company’s specific policy before making any plans,” she said. For example, some organizations cap the number of days spent abroad – possibly for tax reasons – and others could require workers to attend a monthly in-person meeting.

For employers, too, there are several things to ponder before rolling out a WFA policy. “It’s a fantastic way to attract international talent and give staff the freedom to work from wherever suits them, but make sure you’re across tax implications and other legal requirements before granting WFA requests,” said Johnson-Jones. Further, if a fully remote team is the end goal, work out how to build a strong company culture and ensure people feel connected, she added. 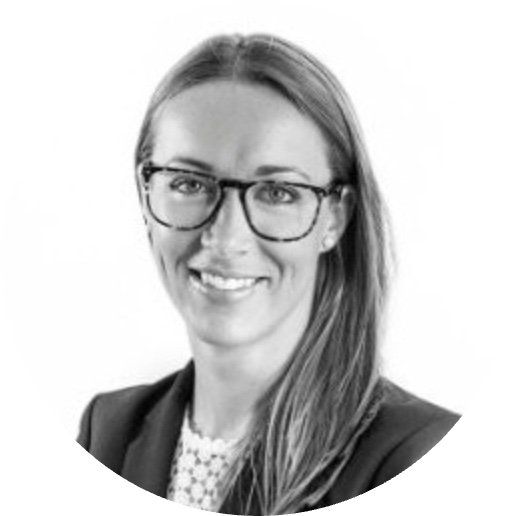 “It’s not as simple as telling employees: ‘You can now work remotely.’ We thought through every aspect: our salary policies, tax implications, food programs, commuting benefits, and more.”
Anna Lundström, Spotify’s vice president of human resources.

Bogdan Marinescu, co-founder and managing director of fully remote PR agency Digital Trails, lauded the pros of WFA. “Pandemic or not, it’s the way forward, so we might as well make ourselves comfortable,” he said.

Marinescu highlighted the recruitment appeal. “Establishing Digital Trails as a remote company has allowed us to hire people from across the world who wouldn’t have had the opportunity otherwise, making our team culturally diverse and giving us a broad range of expertise, skills, and experience – which helps when working with a variety of clients,” he said.

Having team members dotted around the world does come with challenges, Marinescu acknowledged. However, technology solutions can help. “The most effective practice for us to enforce is updating project management platforms,” he said. “By doing that, everyone knows the progress of different tasks, and we don’t need to follow up with each other continuously.”

The next frontier: time independence

Spotify’s results didn’t surprise Ian Nicholas, global managing director at employment agency Reed, who said he believes the positive metrics will only encourage other organizations to follow its lead. “We are seeing more businesses closing offices and allowing staff to work from home, and implementing a WFA policy is the next step in this shift towards more flexible working.”

Echoing Johnson-Jones’s concerns, Nicholas warned that employers should consider the boundaries of their WFA policies. “Although this may seem to defeat the point, these boundaries are important to ensure staff aren’t taking advantage of the flexible working options available to them,” he said.

Spotify is a good example of this, Nicholas argued. “Yes, it operates a WFA policy, but there are some regional restrictions in place. This helps to prevent issues such as time zones and laws in different countries and ensures all staff can work to the best of their ability.”

Another area that business leaders shouldn’t overlook is how employee performance is measured, as employers might never see staff face to face. “Career development and appraisals are becoming more important to candidates as they shift away from only focusing on salary to the value a role will add to their professional life, so this must be considered from a WFA standpoint,” added Nicholas. 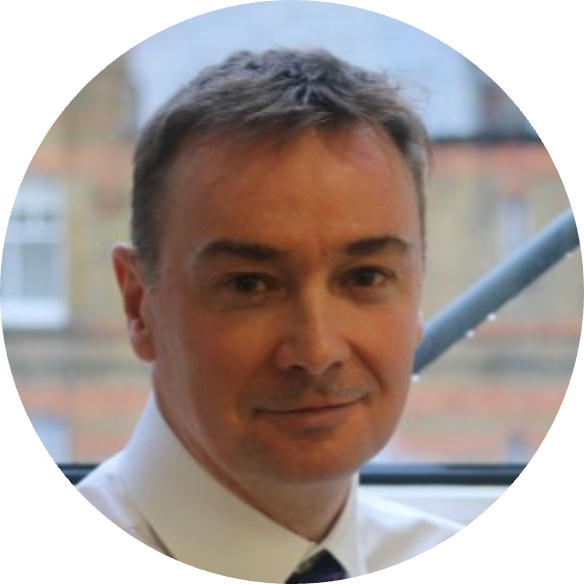 “Yes, it [Spotify] operates a WFA policy, but there are some regional restrictions in place. This helps to prevent issues such as time zones and laws in different countries and ensures all staff can work to the best of their ability.”
Ian Nicholas, global managing director at employment agency Reed.

As usual with these modern work challenges, good leadership and clear communication are pivotal. Indeed, Darren Murph, GitLab’s head of remote, agreed that Spotify’s success was further validation that bold work models that take into consideration the people they are meant to better serve are the way forward. “We’re graduating from a fixation on where people work to a focus on how work happens,” he said.

Recent decades of technological advancement have paved the way for what many are enjoying today: location independence, Murph said, adding, “In many industries, broadband internet, Zoom and email have enabled us to decouple business results from geographic location.”

Offering a glimpse of the future, Murph predicted that with more leaders evolving their mindsets, having realized that the business case for shifting to new working models adds value, more significant transformations are likely – and soon. “The next frontier of remote work is far more powerful: time independence.”

He explained that this required “a new philosophy of managing one’s time, attention, and team, decoupled from conventional notions” of linear time. “More flexibility on when you work is only enabled by embracing entirely new mentalities on how results may be achieved,” added Murph.