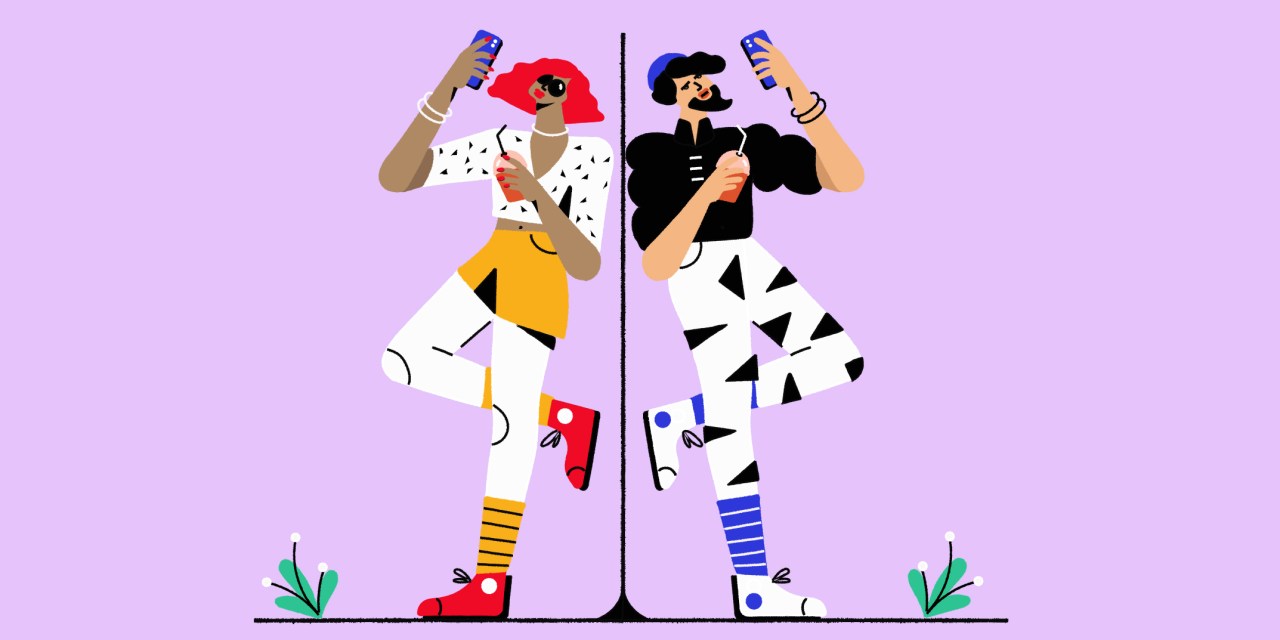 It may be easy to believe the massive switch to working from home during the pandemic would make business suits a less profitable sector of the fashion industry. It is true that companies that relied heavily on brick-and-mortar retailers have suffered, like Men’s Warehouse owner Tailored Brands, which sought an emergency $75 million loan earlier this year. But for e-commerce- and style-savvy companies, the opposite has happened. Demand has actually gone up.

“Suit are now less clean-cut, however,” said Libby Page, senior market editor at Net-a-Porter. “Oversized and boxy styles are proving to be popular.”

October data from the personal styling service StitchFix showed that demand for men’s suits tripled over the past year, regardless of more people working from home. And across both men’s and women’s fashion, demand for well-fitted styles that are loose or flexible, without being baggy, has increased since the pandemic began. That includes suit pants with partially elastic waistbands. Washable suits have also become more popular.

This trend has been brewing for a long time. June 2021 data from StitchFix showed that there was a growing interest in colorful blazers. At the time, the company’s career wear sales had increased 30% since March 2020.

Sarah LaFleur, founder and CEO of fashion brand M.M.LaFleur, has seen a similar uptick in demand for comfortable suits and statement blazers. She said the brand’s seen “strong sales” for both its Porter Jacket and Lilia Jacket. These jackets include quirky fringe elements and are made by the Japanese knitwear manufacturer Yonetomi, which specializes in luxurious knitwear.

“They’re incredibly comfortable. They’re crafted from a series of knit panels, which means that, even though they look like tweed, they’re stretchy, highly wrinkle-resistant and lightweight enough for year-round wear,” LaFleur told Glossy via email. “Customers are purchasing items that spruce up their Zoom appearances, knowing that these pieces will also translate into post-pandemic life.”

She added, “We think this shift toward comfort is a permanent shift in the market, and it is something we will continue to prioritize in our upcoming collections.” The company is also seeing an increase in demand for blazers in jewel tones, including pink and teal.

All things considered, the fashion impact of the past 19 months may mirror the fallout of the previous pandemic, in 1918.

“Dress historians have recently associated the 1920s fashion response to the 1918 influenza as being about the party mode and the decade’s new Art Deco glamour. However, it’s also true that waistlines dropped to hip level, gowns became much looser overall and corsets disappeared,” said Jancye Hill, the founder of vintage pattern company Revival Designed and an expert in historical sewing patterns and fashion designs. “The decade also saw a turn to leisurewear in situations where only formal dress had been expected.”

She added, “The 21st century’s passion for activewear began in the 1920s.”

These days, fashion brands are seeing higher demand for activewear, as well as more comfortable workwear.

“Covid has accelerated the [move] to more informal clothing and has increased the tolerance in business settings for less traditional corporate attire,” Hill said.

The increasingly playful and comfortable styles may also reflect society’s growing resistance to traditional roles, whether that’s gender roles or the distinctions between the public and private self.

In short, suits have been around for more than 200 years, and while demand for them will continue to evolve, it’s not likely to fall off.

For her part, LaFleur said suiting continues to be a core part of her business.

“Many of our customers are choosing to mix-and-match suiting separates with more casual pieces, such as sneakers, to create looks that are suitable for their hybrid home-office lives,” she said. “While we’ve always paid close attention to comfort in our designs, the definition of ‘comfortable’ was redefined during the pandemic.”