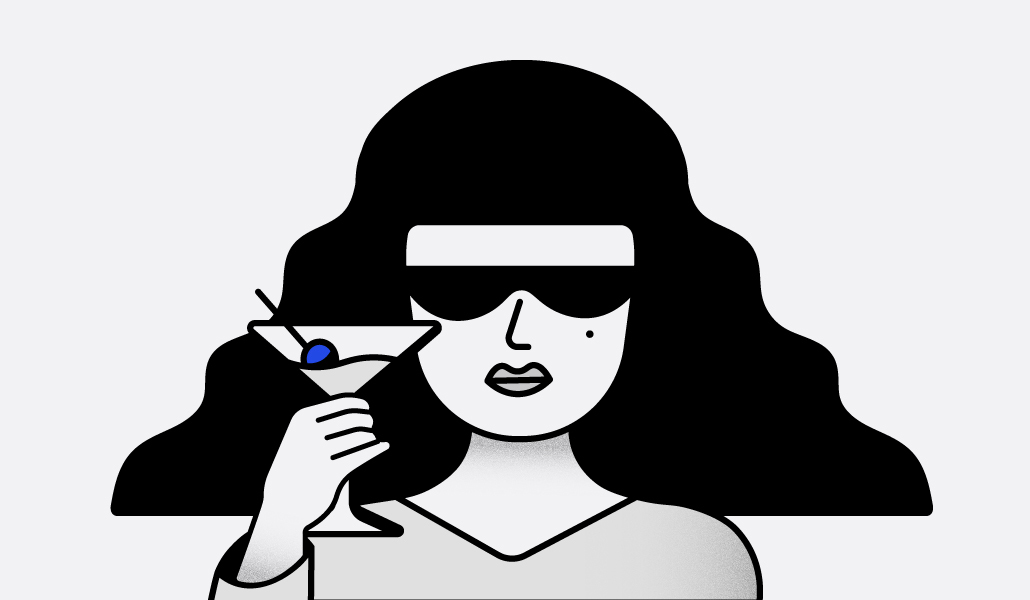 From mimosas during all-staff meetings and trays of shots at company events, to important business conversations taking place at happy hours, alcohol was once ever-present for tech professional Caroline Wong.

Establishing her career in Silicon Valley in the mid-2000s at big names like Ebay, Zynga and Symantec, Wong was surprised at how embedded alcohol was in work culture — and how easily it crossed over into her personal life. But she recalls embracing and even benefiting from it at the time.

“If there was an important decision to be made, the plan was usually to grab a drink after work to figure it out. If I was hanging with other people that were drinking, and those individuals happened to be in powerful roles, it was to my political advantage to be able to connect and be physically there with them as they experienced whatever they were experiencing,” said Wong.

Wong found herself drinking daily, with half of that work-related. It was a cycle she wanted to break, as she found her drinking affecting her ability to listen to people, come up with strong ideas and express those clearly. But she found it difficult to make a long-term change until she fell pregnant with her first child in 2015.

“Lots of people would say to me, ‘I think you might have a problem’, and I would say, ‘no, I don’t. This is totally normal. I’m not even interested’. There was a phase when I was very addicted, and using all sorts of excuses, like, ‘this is what everyone at work does’ to stay that way,” said Wong.

“Of course, as an active alcoholic, I surrounded myself with alcoholics, so that helped me perpetuate the idea that this was normal. I wasn’t able to make it happen for myself until I had a very good reason to do so.”

Wong’s path reflects how more professionals are wanting to call time on alcohol being connected with work. In a OnePoll and HOP WTR survey of 2,000 U.S. adults of their drinking habits during the pandemic, 60% of respondents working remotely said company events like virtual happy hours contributed to their increased alcohol intake, with the same amount wanting to cut back.

Now seven years sober, not only has Wong thrived, but it has influenced her choice of workplace too. She joined cybersecurity company Cobalt in 2016, drawn to its remote-first setup and culture that aims to build connections and business through means other than alcohol. Having worked her way up to the role of chief strategy officer, she speaks publicly and confidently about her sobriety, setting the tone that drinking is a choice, not the norm.

“It doesn’t take an enormous amount of creativity or innovation. What if everything wasn’t just a virtual happy hour? What if we shipped people coffee beans instead of wine tasting kits?” said Wong.

In some industries alcohol is an important part of unwinding and bonding with colleagues and clients. But even industries like media and advertising, which have long had heavy-drinking work cultures — particularly in countries like the U.K. — had made conscious efforts to curtail it before the pandemic and reduce the peer pressure some felt toward drinking heavily with work colleagues to feel included. But many believe the strain of life under pandemic restrictions eroded some of that progress, as daytime drinking became more of a crutch for some.

Ashley Loeb Blassingame, co-founder and chief people officer at telehealth substance use disorder counseling company Lionrock, isn’t convinced that companies are developing sufficient bonding opportunities away from alcohol. That’s based on how Lionrock’s client base tripled during the pandemic as isolation saw more people turn to or accelerate their use of coping mechanisms.

“We help people deal with their addiction problems while they’re in the place that’s triggering them, so we can help them deal with those triggers, rather than just removing them from that, and sending them back without knowing how to deal with those stressors.”
Ashley Loeb Blassingame, co-founder and chief people officer at telehealth substance use disorder counseling company Lionrock.

“There’s a lot more attention on the topic than there used to be, and that is creating opportunities for companies to engage in behaviors, or events, that are more supportive. But I don’t think they’re spending a lot of time thinking about how to best do it, they’re thinking about it as needing to help people’s mental health, and needing it for their bottom line. I don’t think it’s coming from an altruistic place,” argued Loeb Blassingame, who has been sober for 16 years after struggling with drug and alcohol dependencies.

Loeb Blassingame’s biggest concern is that industries that are known for a heavy drinking culture — she names banking, tech, sales, healthcare and events as common fields her clients work in — will easily fall back into old habits as many seek to rebuild pre-pandemic norms.

Drinking doesn’t have to always be an issue, Loeb Blassingame added. She knows people who drink moderate amounts daily who don’t experience negative consequences and others who don’t drink often but lose control. When drinking becomes a crutch, rather than fun, that’s when it’s problematic — and when people need help.

That’s why she is calling on companies to recognize alcohol dependence as a serious mental health issue and embed appropriate support into employee assistance programs.

“85% of our clients are currently employed. We help people deal with their addiction problems while they’re in the place that’s triggering them, so we can help them deal with those triggers, rather than just removing them from that, and sending them back without knowing how to deal with those stressors,” Loeb Blassingame explained.