The rise of the robots: How ‘cute’ machines are helping us deal with Covid anxiety

The robots are coming. Just, not in the way we perhaps expected.

Over the last few months, businesses have turned increasingly to automation to plug staff shortages caused by people being off sick with Covid. But hotels in California are using them to address a different Covid side effect: anxiety.

Some guests remain anxious about being served food and other items by humans while Covid infection rates remain high. So, to help try and offset that anxiety Silicon Valley’s Radisson Hotel in Sunnyvale, California has put a robot, called Wall-E, to work.

Whenever a guest calls the front desk to request an item, instead of having a person respond, the staff fire up Wall-E. They open Wall-E’s compartment and place anything from towels to sodas inside. The room number is entered, and the robot is on its way for a contactless delivery.

Wall-E is programmed to avoid obstacles in the hotel’s hallways and when it encounters other guests or housekeeping carts it will zip around them. 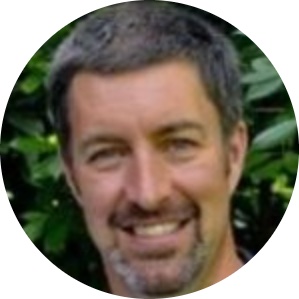 “The fact that the robot operates 24/7 helps supplement shifts that are hard to schedule like the midnight shift or busy times such as when hotel guests are checking in and out.”
Steve Cousins, founder and CEO, Savioke.

“The guests love it, and the kids adore it,” Alex Martinez, general manager of Radisson Sunnyvale. With good reason. Guest room-delivery times have been slashed from an average of 15 to 20 minutes to less than five minutes, according to Martinez.

Wall-E is a Relay robot designed by Savioke, which is headquartered in Campbell, California. Steve Cousins, Savioke founder and CEO, said: “More and more hotels are using our robots to supplement their teams and perform repetitive, low-value tasks like delivering to guest rooms, which allows their staff to better focus on high-value tasks and interacting with guests.”

It takes half a day for a robot to learn the layout of the hotel, including where each room is and how to ride the elevators, added Cousins.

The machine will wait five minutes for a response. If there is no answer, Wall-E returns to the front desk, and an alert is sent to management.

The development of robots and automation and their impact on human jobs has long been a fear factor especially in industries like manufacturing. But for the Radisson hotel that’s far from being the case. Martinez stressed that the robots are there to make the lives of existing staff easier, not to replace them.

That’s the case in all industries Savioke robots are being placed in, including the healthcare sector as well as hotels, restaurants and offices, according to Savioke’s Cousins. “Having a service robot helps make the hotel team more productive. The fact that the robot operates 24/7 helps supplement shifts that are hard to schedule like the midnight shift or busy times such as when hotel guests are checking in and out,” he added. 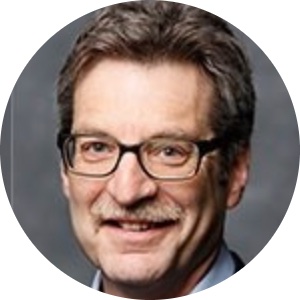 Naturally, scaling a robot proposition has a far greater price tag. The cost of implementing robots across a vast network of fast-food restaurants are harder to swallow for McDonald’s CEO Chris Kempczinski even as he ramps up efforts to automate the chain.

McDonald’s revealed that it’s been testing a robotic ordering system at a handful of places in Illinois, at a business conference last June.

“There’s a big leap from going to 10 restaurants in Chicago to 14,000 restaurants across the U.S.,” Kempczinski said. “The level of investment that would be required… we’re nowhere near to what the breakeven would need to be from the labor cost standpoint to make that a good business decision for franchisees to do,” he added.

Still, McDonald’s has cut a deal with IBM to scale-up automation of the fast-food chain’s drive-thru lanes.

As part of the deal, IBM will acquire McD Tech Labs, the McDonald’s unit behind the Chicago test. During last October’s earnings call with analysts when he announced the IBM partnership, Kempczinski said the robotic trial showed “substantial benefits” to customers and employees.

Hoping to benefit themselves, companies across the country are “hiring” a record number of robots, according to data from the industry group the Association for Advancing Automation.

The association claims 29,000 robots were ordered in the first nine months of 2021 — the most in any similar period. And while robots heading to automobile assembly lines are up 20%, even more are going to other types of businesses.

“It’s not that automotive is slowing down,” said Burnstein, “other sectors — from metals to food manufacturers — are expanding even faster at 53%.”

While the machines are on the march, Savioke’s Cousins rejects the notion that the rise of the robots is a prelude to a dark, dystopian future. “Our cute little helpers are not going to grow up to be ‘robot overlords,’” he added.