On the Job: How one mom used the pandemic to go from warehouse worker to software engineer

Stephanye Blakely didn’t realize it at the time, but losing her childcare during the pandemic was just the thing she needed to leave the monotonous warehouse job to pursue a career in software engineering. 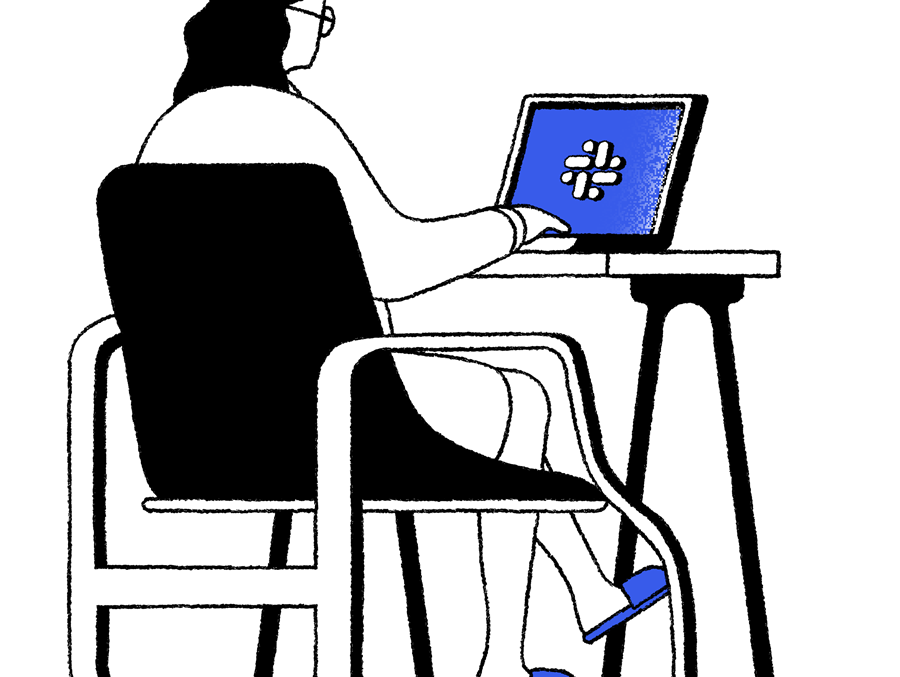 This article is part of WorkLife’s On the Job series, which features first-person accounts of how people are adapting to the changing realities of work and workplaces.

The pandemic and subsequent shutdown has impacted people’s careers differently. For Stephanye Blakely, 36, it meant she no longer had childcare and couldn’t continue working nights sorting packages at a UPS warehouse.

She didn’t realize it at the time, but it was just the thing she needed to leave the monotonous warehouse job to pursue a career in software engineering. Blakely grew up loving computer technology and was several classes into a degree at the University of Louisville, but a divorce and raising her young son forced her to leave school. She’d been creating games as a hobby and showed them to family at a reunion just before Covid-19. So when she had to leave UPS, Blakely, who is based in Virginia Beach, Va., had plenty of time to consider her next professional move.

After some online research, Blakely found Hack Reactor, an intensive, virtual “boot camp” designed to get participants trained and working in digital technology within months.

This interview was lightly edited for length and clarity.

What were you doing professionally as the pandemic hit in early 2020?

I was working nights at a distribution center. It was very repetitive work, taking incoming packages that have been mailed and moving them onto a conveyor. I typically worked 7 pm to 3 am. It was really rough on us, since I didn’t get to see my son much. The childcare that I was using for my son overnight was no longer an option. It was really a big fork in the road for me.

How did you go from working in a warehouse to becoming a software engineer? That’s a huge career shift.

I’m a child of the ‘80s and we had a family computer when I was little called a Tandy. I liked to code in my spare time, but it was all self-taught. It was fascinating to me from the minute we got it, because it was so totally different from anything else. That initially drew me into computer programming because I had an intense desire to figure out how it worked. I taught myself the computer language Ruby. I grew up not realizing I could ever do this as a profession.

You took computer engineering classes in college, but didn’t explore that as a career path. Why?

I started taking classes at the University of Louisville right at the tail of my divorce. And even though I loved the classes, it was the coding classes that I excelled at. But I struggled because I was the only caretaker for my son. Then I ended up at the factory and just left school before finishing the degree.

How did you come back to it and make the transition to professional coder?

I had been creating games and putting them on the App Store. I was at a family reunion a little while before Covid and I watched as my family passed them around and really seemed to enjoy them. It started those gears turning in my head that maybe I should be looking for something else. When Covid hit, that was the last push in that direction.

It was very, very tough. Rigorous. About 11-hour days, six days a week from June to September of 2020. There was also a really heavy emphasis on soft skills. So you know, how you talk to people how to write emails, you know, all that kind of stuff that people don’t usually think about.

Did having a previous foundation and interest in engineering help you succeed?

Maybe with some small parts of it, but surprisingly not that much. A lot of the concepts that we focused on in the boot camp were so much more advanced. There was so much more I was learning that I hadn’t learned before. My cohort was made up of about 35 or 40 people, and I don’t think any of them had a background like mine but they excelled. They did just as well.

I don’t have to tell you what a competitive market it is for software engineers. What was the job search like?

The first recruiter that reached out to me was at a start-up and they contacted me on a Monday. I did a Zoom interview with their only software engineer then they sent me three or four very simple questions. And they hired me that Thursday. To me, it was just off the wall because I’ve worked lots of other jobs before and I think that was the easiest interview I’ve ever had anywhere, even when I interviewed for a barista job at a coffee shop. It was really shocking to me.

I still do some work for the startup. But currently I’m working at American Express. They contacted me after a Girls Who Code event. I work on the code for their Unify app.

What does your son think about his mom being a coder?

He thinks it’s very cool that he can say his mom is an engineer. We do like to do some coding projects together especially since he’s into Roblox and Minecraft.