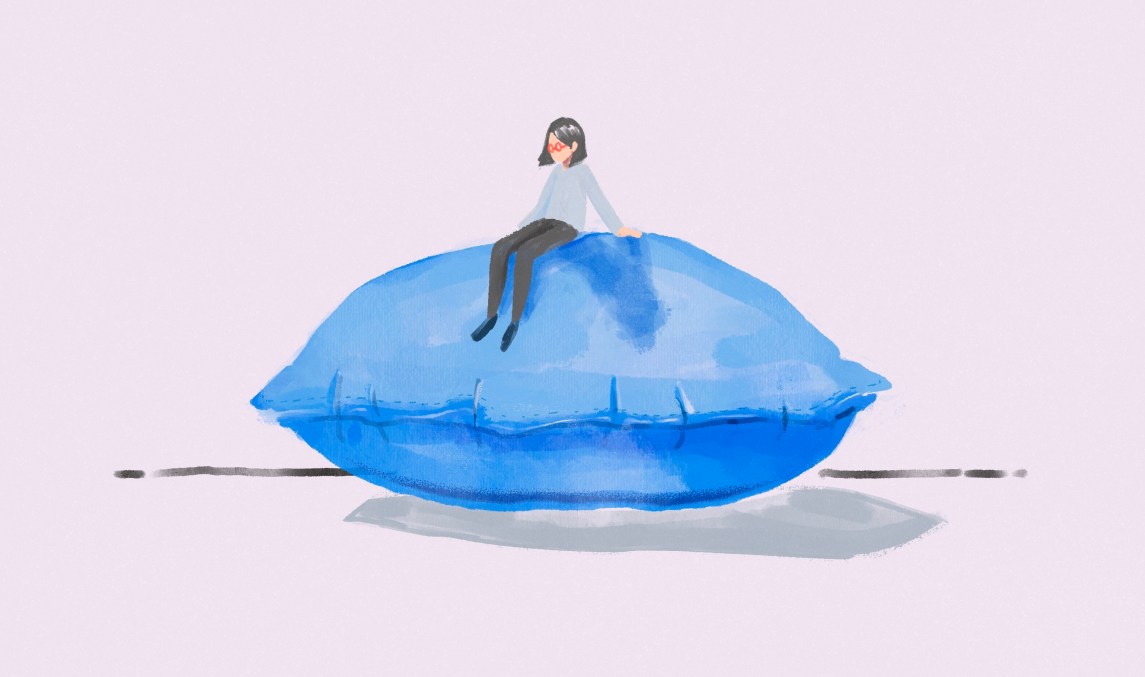 The uncertain economy has workers on edge — and preparing to battle in case the worst happens.

As part of their ammo, many are “career cushioning,” or starting the process of looking for the next job and preparing to move on (just in case) before leaving a current role.

The term is borrowed from the domain of romantic relationships, where cushioning is a dating strategy in which a person entertains other options to soften the potential blow of a possible breakup.

So how did it migrate to the working world? Read on.

Simply put, career cushioning is seeking to add security to your professional life and preparing for the unexpected — whether starting to prepare for a job search or actively looking for a new job that feels more stable.

Job seekers on LinkedIn dramatically increased the intensity of their job searches in September, with the average number of applications increasing by 18% year over year.

According to LinkedIn, conversations on the platform around economic uncertainty is on the rise. Posts mentioning the terms “layoff” or “retrenchment” increased 17.9% compared to last year, while posts mentioning “recession” are up an eye-popping 879%.

Meanwhile, according to LinkedIn’s Workforce Confidence Index, which is based on feedback from more than 11,000 workers in the U.S., fewer than half (44%) of employees feel they are prepared for an economic downturn, while nearly one-third (31%) are concerned that their company is planning budget cuts/layoffs.

What are employees seeking most in a new job?

The strides made toward employee work flexibility and upskilling during the pandemic, as companies competed to hire the best talent in a hot job market by offering the best benefits, could be threatened by current economic worries. Recent data from LinkedIn and YouGov indicated that employees and employers aren’t seeing eye to eye on the future.

Flexibility continues to be one of the top priorities for employees, according to LinkedIn’s Global Talent Trends report from October, yet only about one-third of business leaders say giving employees greater workplace flexibility is a main priority. More than half (56%) of executives in the U.S. say they are concerned that economic uncertainty will force them to wind back progress related to flexible work.

Meanwhile, even though job seekers continue to seek remote work, the percentage of remote roles offered by employers continues to decline, with remote jobs now making up 14% of job listings on LinkedIn, down from 20% this past March.

Upskilling — which has been an attractive benefit for younger generations just starting out in the workforce, as well as for mid-career employees — is also being threatened, as just 39% of U.S. managers say they’re investing in learning and development opportunities and 60% are concerned that current economic uncertainty will impair their progress in such areas.

What other data points to an uptick in career cushioning in the near term?

Aside from a rise in job searches and conversations around layoffs and recession, LinkedIn career expert Blair Heitmann pointed to other indications that the workforce at large is bracing for the worst.

In addition, workers are marketing their skills more, with 365 million skills added to LinkedIn profiles over the past 12 months, up 43% year over year. According to the platform, recruiters explicitly using skills to fill roles is up 30% year over year.

Should you be career cushioning now?

As Heitmann put it, “While there’s never a bad time to look for a job, it’s a good idea for anyone feeling uncertain about the future of the economy and job market to prepare for their next step.” For those working in industries with the biggest declines in hiring, including tech, retail and real estate, or those concerned that benefits like remote work and upskilling could be in jeopardy, now is the time, she advised, “to get your proverbial ducks in a row, so you can be prepared to make a move in the future.”

Career cushioning steps might include updating your LinkedIn profile, keeping your network warm or taking time to really think through your next move, Heitmann said.

Among Heitmann’s recommendations for career cushioning:

Demonstrate the scale of your expertise by updating your LinkedIn profile with your latest experiences and skills.

Skills have become more important than ever in landing opportunities today, with more than 40% of hirers on LinkedIn explicitly using data skills to fill their roles. Be sure to include relevant skills and keywords featured in descriptions of jobs that seem interesting to you in your profile, which can further boost your visibility in recruiter searches. You should also highlight soft skills — creativity and communication, for example — as a great way to attract recruiters and help them understand more about you as a person.

Your professional network is your most important asset over the course of your career, so tend to it like a garden. Stay top of mind with your contacts — don’t call on them only when you need a favor. There are 9,000 connections made every minute on LinkedIn and tapping the right person at the right time is the magic formula that can help get your foot in the door.

Think through your next steps

Workers should also begin to evaluate what their ideal next role would be and outline a plan going forward. Know what you want in your job, especially where you want to work, and look for those jobs using search filters to find jobs that match your needs.