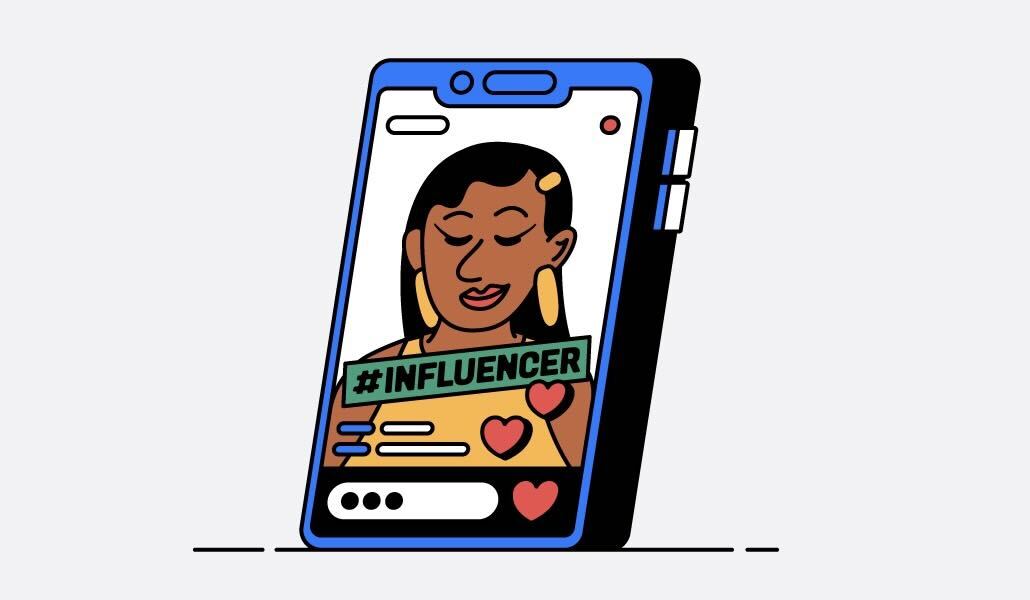 On a whim, he recorded a comical video portraying an apologetic customer service rep who hangs up with a client, then instantly drops his cheery persona — along with an F bomb. While still in his meeting, Farber posted the clip to TikTok. Within two hours, it had 200,000 views. To date, it has 5.4 million. “To film, edit and upload it took less than three minutes total,” Farber told WorkLife. And thus, a Work Influencer was born.

Farber (a.k.a. @Farbsy) is one of a growing number of online creators offering searing, often sidesplitting, commentary on everyday workplace frustrations. “What makes these videos so popular is we’re giving people a voice for all those thoughts that go through your head from 9 to 5 each day, that you can never say out loud,” Farber said. Social media “is where we can all come to say it,” he added.

The creators’ preferred platform is TikTok, which, per The New York Times, has supplanted Google as the most-visited website in the world. Shooting videos on iPhones at their kitchen tables or bedroom desks, these influencers are amassing millions more fans than even A-list Hollywood celebrities.

For perspective: IT consultant Laura Whaley (a.k.a. @Loewhaley, whose tagline is “hey work bestie”) has 2.6 million TikTok followers. Meanwhile, supermodel Gisele Bundchen has 1.2 million, Celine Dion has 1.1 million and Oscar winner Jessica Chastain has yet to crack 1 million.

Posting about everything from the repressed fury of the call center representative who screams into a pillow after placing you on a brief hold, to the mind-numbing drudgery of onboarding, to “that co-worker who just CANNOT believe it’s Wednesday,” these creators reflect the lived reality of the pandemic-weary work-from-home masses. And through them, even as we are isolated in our pajamas, we feel seen. Though it’s been years since he’s worked a traditional 9-to-5, “I understand the struggle,” said Farber. “That’s why the videos do so well.”

The future of work

With their highly relatable, viral posts, work influencers are tapping into the corporate zeitgeist faster and with more precision than any think piece or internal employee survey ever could. So what trends and shifts do they reveal?

For starters, they are empowered — to transparently hunt for better opportunities, as well as to demand competitive compensation and comprehensive benefits, including mental health coverage. “There’s too much information out there to try and cheat employees,” who can and will simply look elsewhere for better salaries and benefits, said the influencer who goes by CorporateDumpsterFire. Employers looking to attract and retain talent should “eliminate corporate BS,” he added. “No one cares anymore. Be authentic.”

It also bears noting that even as these creators lampoon professional life, many remain committed to their day jobs. In fact, some of their employers have no idea about their explosively popular social media side hustles. (WorkLife has preserved their anonymity if requested.) This indicates almost as much about the disconnected nature of modern work as their content does.

Corporate Bish (a Fortune 500 data analyst with an MBA and 114,000 Instagram followers) embraces the new normal: “I don’t believe we will return to pre-pandemic office life again. The pandemic has really shown us a new way of working, while also proving to employers that these new ways are successful. We don’t necessarily need to live in a certain place to do our jobs, nor do we need pants. I am still team no pants,” the influencer said.

And if they’ve made one thing clear, it’s this: The revolution will not be televised. It’ll be on TikTok.

9-to-5: Works from home for a Silicon Valley software company that has been fully remote since before the pandemic. He has never actually seen any of his coworkers in person. He appreciates the flexibility: No one is obligated to go into the office — ever. All meetings are optional. Vacations can be taken anytime. “To sum it up, they just care about results; nothing more, nothing less.” This suits him just fine. “I hate small talk, I hate having to promote myself for ‘visibility,’ and I hate busy work. I love my job because there’s very little of that typical rat race nonsense.” The downside? “You have no reason to leave your house anymore.”

Popular post: A TikTok that says, “They call me 007: 0 Emails Sent. 0 Tasks Completed. 7 Hours Spent Looking for Other Jobs.” It resonates, he said, “because a lot of people feel stuck.”

Follower count: Over 1.3 million on Instagram and TikTok, where she has 37.3 million likes.

9-to-5: Last August, the 31-year-old quit her “super toxic job” that she said made her really depressed, became a part-time barista, and started creating content. Her satirical portrayals of so-not-ok workplace power imbalances are “based on true events. I’ve been through it all.”

Popular post: In an August 1 video, which has been viewed 10 million times, she plays “Susan,” an entitled manager who asks employees to do the work of two people for the salary of one (“I just need you to be a team player”), come into the office during a hurricane (“I’ll pick you up in my boat”), and be paid overtime in pizza. But she truly shines as “Veronica,” the unflappable underling who reliably clocks out every day at 5 p.m. sharp. It’s a corporate revenge fantasy at its finest.

9-to-5: The Silicon Valley marketer is employed full-time but feels like she’s “underutilized and twiddling my thumbs.” So she openly posts about interviewing elsewhere for her next position. While she loves remote work, “as a 25-year-old woman, I think the concept of going into an office is sexy and fun,” she said in a recent video. “I’d like to see people my own age and grab a drink after work and not be sitting here all day, every day, with no end in sight. Do I want to go in every day? Absolutely not. Do I want the option to go in and meet the love of my life? Of course.”

Popular post: A TikTok ad for sparkling water called “The coworker who can’t WFH during summer” has been viewed 11.2 million times. In it, Natalie does a Zoom call from her bedroom in a swimsuit and floppy hat, then puts on sunglasses to protect herself from “the boringness of this call,” which she said is “literally blinding me.”

9-to-5: A former pro baseball player and Stanford MBA, Pomerantz, 33, spent a decade in sales. These days, when not shooting a TV show called “Sales Are Dope” (a.k.a. “S.A.D.”), he serves as an early-stage adviser and market strategist for tech startups. “This concept of being a ‘professional’ was, to me, always a lie,” Pomerantz told WorkLife. “A ‘professional’ is like the optimal, most buttoned-up version of yourself.” It requires “ignoring the flaws and issues and stupid stuff we deal with every single day that is fundamentally human.” Turning “professionalism” on its head with his online persona, “was the way in for me, in terms of building an audience.”

Popular post: Among his most-liked videos is one in which he reenacts an actual recorded cold call between a software sales rep and a prospective client. It would be hilarious — if it wasn’t so harrowing.

Follower count: 3.3 million on Instagram and TikTok, where she has 77.2 million likes.

9-to-5: She’s a Canadian IT consultant and business school grad.

Popular post: A TikTok, in which Whaley learns how to translate common work grievances into corporate jargon, has been viewed 33.8 million times. It’s part of a series called “How Do You Professionally Say?” For example: “How do you professionally say, ‘That sounds like a you problem?'” asks Whaley in the video. An unseen “Work Bestie” replies: “I believe that falls within your scope of responsibilities but I’m happy to support where it makes sense.”