A year into the pandemic lockdown and remote work, kitchen tables became home offices and kids have become co-workers. 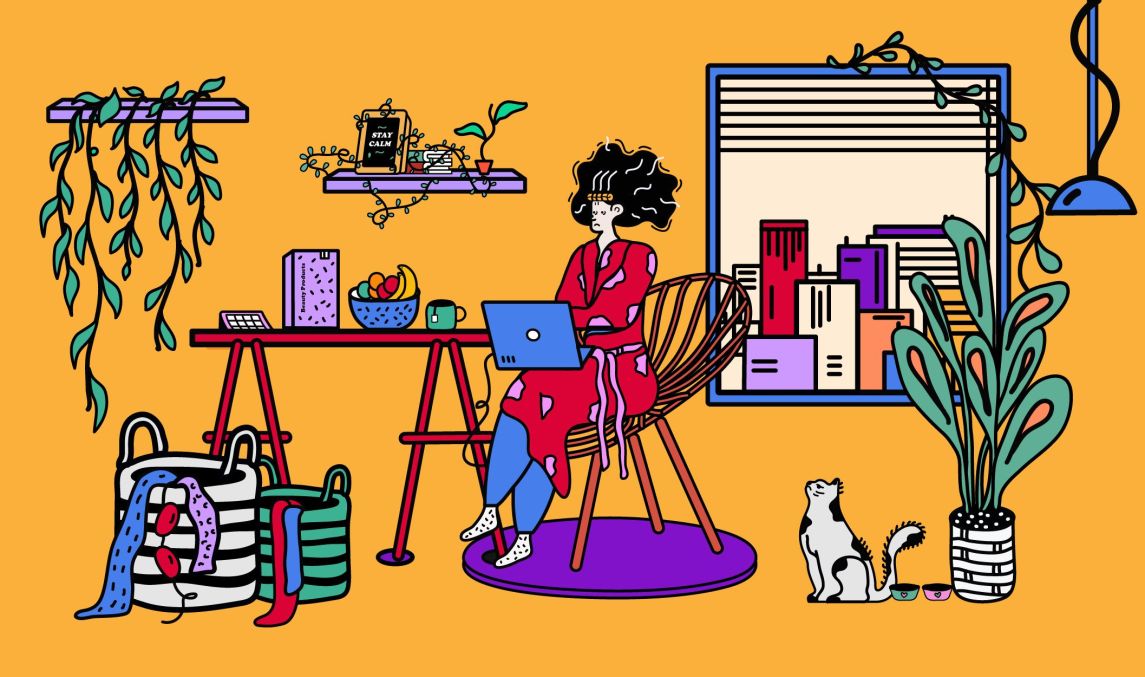 Since the beginning of the Covid-19 pandemic, Jen DaSilva has wanted to scream.

As president of the New York City-based creative agency Berlin Cameron, DaSilva works between meetings to cook meals for her family throughout the day, cleaning up messes her two kids leave behind as she goes. Throw into the mix moving across the country during a global pandemic, and it’s enough to make anyone want to scream.

“In some ways, being able to be here with them full time has been really nice and then also so challenging,” DaSilva said from her home in Los Angeles. “All of that, you want to go crazy sometimes.”

DaSilva isn’t alone. A year into the pandemic lockdown and remote work, kitchen tables became home offices and kids have become co-workers. The lines between work and home have blurred. Meanwhile, the lines in housework and gender roles have become glaring and women in the advertising and marketing industry are struggling to strike a balance.

Last year, numerous outlets such as NPR and BuzzFeed, published reports that shed light on the inequality in household work leading to a so-called “shecession” — reportedly the first ever economic recession impacting more women than men.

It’s a slippery slope. A “shecession” means women are leaving the workplace, devastating diversity initiatives and resetting the issue of gender equality. To combat it, agencies are introducing measures to allow flexibility for moms and caregivers, address mental health struggles and creating open spaces for vulnerable conversations as it relates to the pandemic. Digiday spoke with seven agency executives and women in the industry about the ‘shecession’ and how they’re coping.

Since the beginning of the pandemic, diversity and inclusion has taken on a new meaning as Black and brown employees, women and other marginalized communities continue to ask for not just equality, but equity. If those calls go unanswered, DaSilva worries the results could be devastating.

“Women are still looked at to be caretakers first,” said DaSilva. “A lot of people thought we were beyond [that], but we’re not.”

No one-size fits all cure

At New York-based agency Berlin Cameron, where more than half of the staff identifies as women, there’s been work on both the agency and client side to support marginalized communities. The agency has worked on several women-empowering campaigns for clients such as the No7 Unstoppable Together campaign, which advocated for women returning to the workplace, and a take action initiative for Women’s History Month.

As a company, Berlin Cameron prioritized filling part-time roles as part of an initiative to re-introduce moms back into the workforce. It’s something the company has always offered, but more employees have started to take advantage of the opportunity since the pandemic set in early 2020, per DaSilva. Currently, the company has four part-time roles where employees work 3-4 days per week.

Of course, there’s no one-size-fits all cure, but more and more agencies and companies are looking for solutions to stop the bleeding. As result of the pandemic, Publicis Groupe introduced Bright Horizons, a back-up childcare service and other family support like college coaching, and Publicis Schooling, a series of virtual classes to keep kids occupied. McKinney is working one-on-one with returning parents and their managers to ease into returning to the workplace. Salient MG banned meetings on Thursdays, to give team members time for undistracted work or mental downtime.

Down in Atlanta, Melissa Gordon says she’s switched jobs at least twice throughout her time being a mother before settling at Dagger Agency, where an estimated 64% of staff identifies as women.

“When I’ve gotten pregnant, I’ve had these moments of reflection where ‘What does my life look like in this environment with a baby or what does it look like with two babies’ and that was a lot of the reasons why I did leave,” said Gordon, who serves as vp of client delivery and operations at Dagger.

The agency has introduced a mental health stipend to put toward office supplies, physical health necessities or mental health subscriptions, permanent half-day Fridays and motivated employees to use PTO by closing the office one day per month, according to a spokesperson.

Offering these kinds of resources at a company-level rather than expecting individuals to request them is a really important move, Gordon said.

“A lot of people at this time are just grateful to have a job, and so they’re not going to be as likely to raise their hand and say, ‘Hey, I could really use an extra $20 a month to do this or that’ or whatever the case is,” she said.

While working moms are often at the forefront of the conversation surrounding women and work-life balance, 4A’s president and CEO Marla Kaplowitz encourages industry leaders to be inclusive in their thinking. Often women carry the weight of housework and care-taking, whether that be kids, the home in general or elderly family members, she said, noting the uneven burden can lead to more burnout for women.

“I know a lot of people who are, right now, trying to help their parents figure out how to get a vaccine because the online site is very challenging,” she said.

Even past that, there’s caretaking from afar, keeping up with those who live far away but still need constant check ins and more, Kaplowitz said.

As the industry works to solve the “shecession” issue and the burnout of working women — it is also left questioning which part of the ecosystem should bear the responsibility: the individual or workplace.

As far as Kaplowitz is concerned, the overall workplace is shifting and there needs to be a wholistic, industry-wide approach to support flexibility and a work-life balance.

Now is the chance to redefine this new way of working, explained Kaplowitz. And a new opportunity to put some barriers back in place since we don’t have the physical barrier of going to an office, she said.

“This is an important conversation that needs to be had,” she said. “It got pushed to the back burner for a long time because people were just in survival mode.”