Work-life boundaries continue to blur: How the pandemic has changed co-living

With remote working becoming a way of life, and communications tools such as Slack and Zoom spelling less of a need for those workplace meetings, working from overseas is set to become even more popular, and no longer confined to digital nomads travelling for months on end. 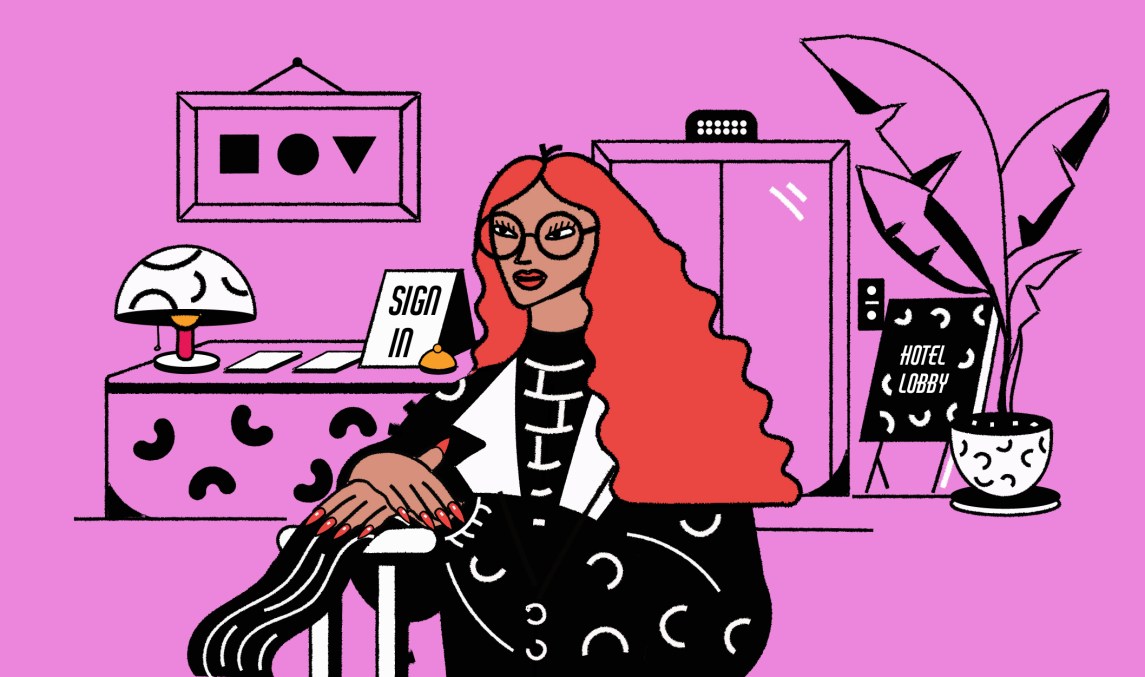 With remote working now an option, last year Ellie Halls decided to swap Clapham in southwest London for the south of France for a month.

Rather than stay in an Airbnb apartment, the events manager, 41, decided she wanted more of an opportunity to meet new people. Inspired by a friend who had previously stayed in a similar set-up in Lisbon and New York, she booked a space at a co-living property in Montpellier.

There, Halls found herself with an instant crowd of potential friends. “As soon as I arrived everyone was really friendly. I headed to the beach with someone and joined a WhatsApp group for the building. There was always something to do.”

Halls, who booked her own private bedroom, said the extra cost of working from various meeting rooms meant she rotated between working in the restaurant, her room and/or in the shared living room or kitchen.

Halls enjoyed the experience so much that she stayed for six months. However, there were drawbacks. “Everyone was quite young. I think it’s better if you’re more like 25 years old than 40 years old. For me, it was a stepping stone, not something long-term,” she said.

It’s difficult to know how many digital nomads there are worldwide, but in the U.S., this cohort surged almost 50% between 2019 and 2020, to reach 10.9 million people, according to a report from business-professional talent marketplace MBO Partners.

With remote working becoming a way of life, and the acceptance of communicating over online communication tools such as Slack and Zoom, working from overseas is set to become even more popular, and no longer confined to digital nomads traveling for months on end.

Emmanuel Guisset, founder of co-living spaces provider Outsite, which has 27 locations worldwide, including in Spain, Costa Rica and Mexico, said it’s been a rollercoaster year for his company.

Local restrictions closed some of the company’s properties in places such as Portugal and Bali, but the U.S. locations remained open. Occupancy in this time, however, ranged. Places such as Hawaii and San Diego were full during spring and summer 2020. By September, Outsite saw “a huge surge in demand in lifestyle cities and remote and outdoor locations,” Guisset said. But locations like New York and San Francisco “only recently returned to normal occupancy.”

The company had to adapt the spaces and rules for the pandemic. “Some properties had shared rooms and we suppressed that. We also implemented COVID protocols in case we had COVID cases in the house.” He said they didn’t impose COVID-19 test or masks mandates in the properties but most of its members used masks in common areas. “We basically let our members decide what was best for them in every property,” he added.

Guisset said Outsite properties are now seeing demand from an influx of people who previously didn’t have the opportunity to work from a different backdrop.

“We are seeing new kinds of jobs but also more couples and small families,” he added. As a result, the company plans to change its positioning from co-living to “accommodations for remote workers and community.”

“A lot of those new members want private spaces and also community but that doesn’t necessarily mean they want to share living spaces,” said Guisset. Outsite is now experimenting with private apartments or bungalows in locations like Costa Rica where members get access to community activities and the co-working space. The company is also considering what it can offer families.

Demand for personal space is far more evident in the wake of the pandemic, said Ant Steele, co-founder of Yon Living, which connects spaces across the likes of France, Sicily and Gran Canaria with between 10 to 20 rooms for a mature crowd – typically anyone aged between 25 and 45 years-old – to co-live.

“It’s just about providing the option that, in any particular moment, someone can choose to be alone or to be with the group without a sacrifice to their experience,” said Steele, who added that each location offers a small co-working space, and each room has a private workspace. “Fortunately, we’ve always had this in mind as we’re going for a slightly more mature demographic and private space seems to hold much more value the older you get.”

Robert Litchfield, co-author of the book Digital Nomads and associate professor at Washington & Jefferson College, Pennsylvania, agrees. “We have all gotten used to more personal space and maybe that will mean people will be inclined away from anything that has a more packed-in, hostel-type feeling,” said Litchfield. “Co-living spaces will have to ask who is the customer they are trying to attract?” For these companies to reach their target audience, they should consider variables that range from cost to personal space to the amount of social interaction they might want to have, he said.

Steele agrees that this remote-working crowd of “traditional city workers” has a different mindset. “It’s more of a second life for them, for a week or two at a time but with some degree of regularity,” Steele said. To cater to those interests, Yon Living has adapted to offer more of a co-living “lite” experience, which is more akin to an experiential holiday with elements of normal living thrown in – like private desks and home workout equipment – where you wouldn’t traditionally have seen them.

“The boundaries between what is living, working or holidaying have totally blurred,” said Steele.