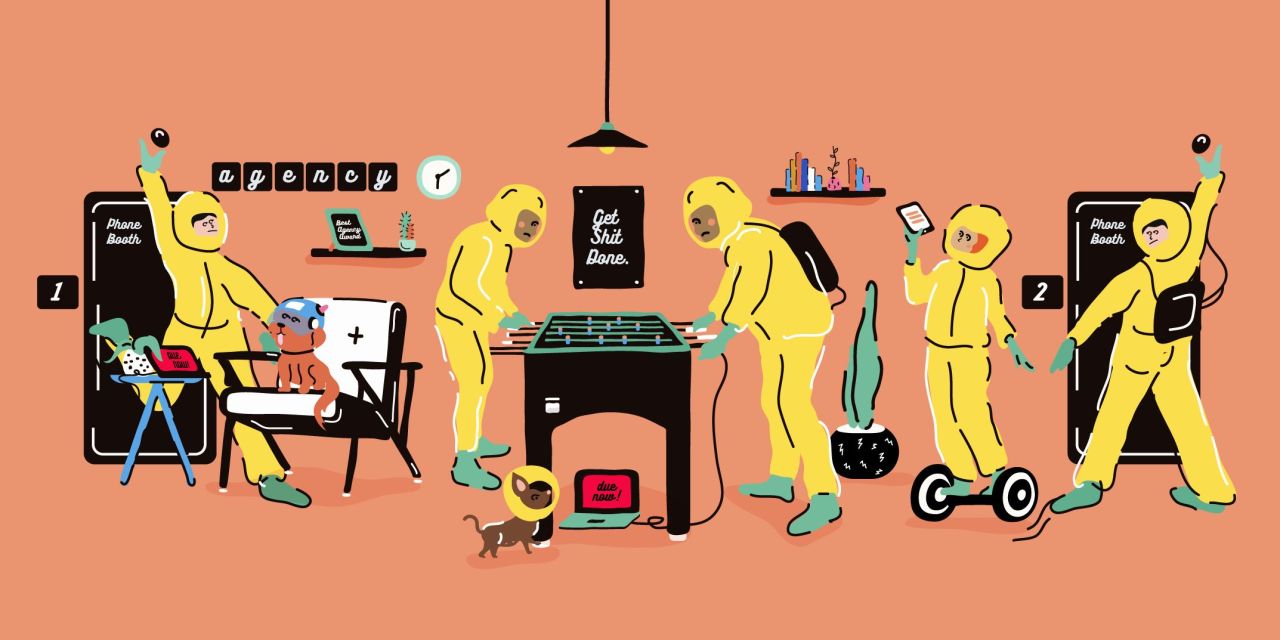 During the COVID-19 pandemic, many companies have adopted virtual communication tools to make up for in-person collaboration, but those channels have come with limitations: the nonverbal cues that make in-person meetings useful are difficult to discern on Zoom, and there’s no virtual replacement for water cooler conversations.

As the pandemic drags on, some firms are addressing these shortcomings by coworking in the metaverse.

It doesn’t help that Zoom burnout is real. Struggling to pick up on nonverbal communication, constantly having to look at oneself and conversing in immobile digital environments are all contributing factors to a national rise in “Zoom fatigue” over the past year, according to a February study by Stanford University’s Virtual Human Interaction Lab. “We can’t just open up new lines of communication organically in Zoom,” said Daniel Liebeskind, CEO of metaverse platform Topia. “It’s just not possible.”

Most metaverse platforms, such as Roblox and Minecraft, are designed primarily for fun, not work. But many of the builders of these virtual spaces have organically realized their potential for meeting or coworking. At Topia, Liebeskind and his colleagues started with Google Meet before transitioning to meetings in their own virtual spaces; in Rec Room, a cross-platform social application and metaverse space, employees can use the “maker pen” tool to prototype three-dimensional virtual objects. Employees at Stageverse, a 3D social metaverse platform, started playtesting their product earlier this year only to find themselves naturally socializing and congregating in it.

All of these companies found that meeting in an immersive virtual world allowed them to more gracefully interact with each other and more easily recognize social cues. For example, speakers at a Topia “town hall” event might line up to indicate the order in which they hope to speak, something that can be difficult to signal in a traditional video call. “With a Zoom call, there is this kind of formality that we see in workplace culture, even if it’s only three or four people,” said Stageverse CEO Tim Ricker. “We really missed that opportunity to just have a hallway conversation — you know, the water cooler conversation.”

Virtual coworking spaces can be a project in their own right. In August, Facebook launched Horizon Workrooms, a remote collaboration tool that places VR-headset-wearing co-workers in the same virtual room. “You can literally put your hand up, and the other person sees in their peripheral vision that your hand is up, and they look at you,” said Dan Greenberg, president of programmatic advertising firm Sharethrough. “And they’re like, ‘yeah, what’s up, I’m sitting here — do you need something?’”

In July, Mark Zuckerberg infamously stated that Facebook would pivot to being a metaverse company in an interview with The Verge. But the use of virtual spaces for work purposes is not limited to metaverse start-ups. Workers at Supersocial, a Roblox-based virtual experience developer, already spend most of their working hours in the metaverse, so it was a logical move when the company built a virtual office this year. Journalists at Upcomer, an esports news website, built a virtual staff lounge in Minecraft following the company’s remote launch in April. “It was probably the closest to that office vibe that I could get,” said Upcomer staff writer Nick Ray.

Even companies that lack a critical mass of gamer staff are starting to utilize virtual space. The virtual reality platform VRDirect works with clients such as Porsche and Nestle to create virtual reality work events, including onboarding meetings and conferences. “We provide the software, they create the content themselves,” said VRDirect managing director Rolf Illenberger.

The growth of the metaverse as a workspace has led to a shift in what it means to be a worker. This is already underway in metaverse-native companies such as Supersocial, and it is likely to continue as virtual and physical spaces converge. If workplaces are more accessible, then so too are jobs that were once relatively inaccessible for reasons of geography, culture or even age.

Yonatan Raz-Fridman, the CEO of Supersocial, believes this transformation is already underway. He’s already had to turn away numerous job applications from teenaged developers who were ready and willing to enter the virtual workforce. “We need to reevaluate what it means to make all of these technologies available to young people who can actually build businesses in their bedrooms when they’re 15,” Raz-Fridman said. “The type of experiences or work environments that a 16-or-17-year-old would create in a platform like Roblox [is] very different than what a 35-plus-year-old is going to create.”

Whether as a serendipitous accident or a dedicated product, virtual coworking in the metaverse is becoming more widespread as the concept of the metaverse enters the mainstream. Roblox is unlikely to replace Zoom any time soon — but the video game and its rivals in the metaverse are a viable alternative for any company looking to help its employees stave off Zoom burnout, collaborate in new ways and increase their pool of potential colleagues.