Bit by bit, media employees will start going back to the office after the Fourth of July weekend, as publishers kick their office return plans into gear in preparation for a formal reopening in the fall. 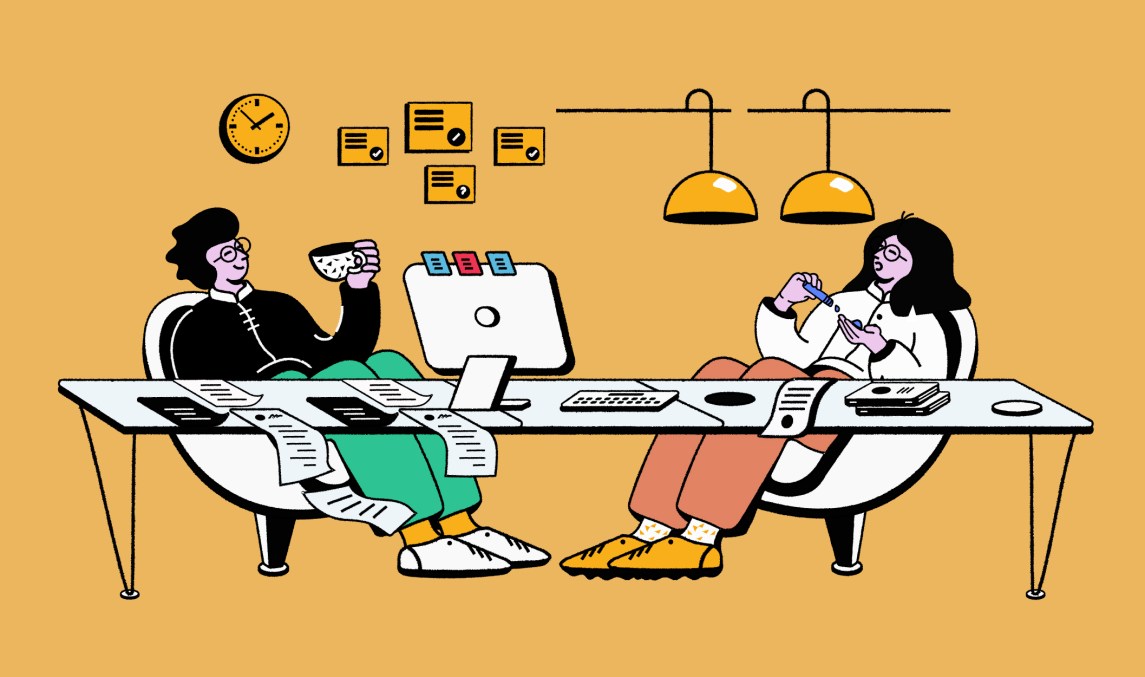 The July 4 holiday weekend will mark the end of working from home for some media employees — though many of their employers are expecting them to officially settle back into an in-person office in September.

Since vacating their offices in March 2020, media companies’ office returns have been a moving target. Some companies, such as The New York Times and Reuters, had planned to bring back employees in January but pushed back their timelines to this summer as coronavirus cases rose in the fall and early winter. Now media companies’ office return timeframes have solidified, though other aspects of the plans remain fluid as organizations try to ease employees back into their offices.

In April, Digiday surveyed 329 media and marketing professionals in April and found that fewer than half of respondents said they would be willing to return to the office full-time over the next six months. Here is a closer look at some media companies’ policies.

BuzzFeed is starting with a “soft opening,” a voluntary return to offices starting around mid-July.

BuzzFeed’s teams will set their own expectations for “a broader return” in September, according to a spokesperson. The company will allow for a hybrid work model with more flexible schedules. For most roles and teams, employees will be expected to come into the office “some days but not others.” Final decisions haven’t been made yet on which teams will be expected to come in and for how many days, according to the spokesperson.

Condé Nast already gives teams the option to use the office over the summer, a spokesperson said. The company aims to bring most people back starting September 7. It will combine fully onsite and hybrid work situations.

Forbes will reopen offices on the week of September 13, for anyone who wants to return, with a flexible schedule.

Forbes conducted a “Return to the Office” survey in April. Nearly 90% of employees responded, according to a June 21 memo from Forbes CEO Mike Federle sent to staff and shared with Digiday. The results of the survey showed “a mix of personal preferences,” of remote and onsite work approaches, according to Federle. “Our plan is to accommodate both models by adopting a hybrid workforce,” he wrote.

Forbes managers will reach out to employees in the next few weeks to arrange one-on-one meetings with staff to discuss their preferred work schedule requests, according to the memo. This will help the company “prepare the facilities and tech support for an orderly return to the office,” Federle wrote.

Group Nine’s chief people officer Annie Trombatore updated all employees on June 25 about office reopening plans. The company will be opening its offices in the fall and will give staffers at least 30 days notice to prepare. In the meantime, Group Nine will launch a pilot program in late July for voluntary access to the office. A limited number of desks will be made available at Group Nine’s 568 Broadway office for employees to “check out” on a first-come, first-serve basis.

To prepare for this program, the contents of each desk at the L.A. and N.Y.C. offices will be packed up, labeled and stored, starting the week of July 5 (employees can pick up their belongings or keep them stored until they return to the office) so the office space can be reimagined. The company is still evaluating which roles will be eligible for fully in-person, hybrid or fully remote. Group Nine is also sending an anonymous employee survey on topics like voluntary returns and vaccines and will hold information sessions for employees.

Hearst Tower and several of the company’s office locations are open for employees to use. Hearst will officially bring staff back to the office in September with a hybrid model, letting employees work some days at home and some from the office.

Leaf Group (which owns lifestyle brands like Hunker and Well+Good) has already re-opened its offices for those who want to work onsite while letting staffers work remotely if they prefer. So far, the majority of staff continues to work remotely on a daily basis, but a spokesperson said anecdotally that they are seeing more and more people come into the office.

At Some Spider Studios, the plan to bring people back to the office is still in the works. The company won’t reopen until closer to the fall, said Mary Kate McGrath, COO at Some Spider Studios. A recent survey at the company was conducted to check in and gauge employees’ feelings about remote work and the timing for a potential return to the office.

The New York Times expects to bring most people back the week of the Labor Day holiday but will use the month of September to give staff time to figure out their routines, child and elder care arrangements, housing and commute, and let them “ease in” by coming one to two days a week if needed, said Jacqueline Welch, evp and chief human resources officer at the Times. A more regular routine will come together in October, she added.

The Washington Post will begin the phased reopening of its offices on July 6. In September, all employees will be expected to return and work from the office at least three days per week.

Starting in September, Trusted Media Brands employees will be given the option to come back into the office part-time, likely one to three days a week.

“Flexibility is going to be key to see what works and what doesn’t and we will adapt as we go,” said Jen Tyrrell, chief people officer at Trusted Media Brands. “Rather than risk losing great talent, we will look to accommodate individual preferences where it makes sense based on their job duties.”

Some employees have continued to work in the office during the pandemic, such as some of Taste of Home’s culinary team and the Trusted Media Brands visual studio. And half of the company’s recent full-time hires were hired to be fully remote, according to Tyrell.

Vice Media Group’s U.S. employees will return to the office in September after employees were surveyed and feedback was provided in focus groups.

Vice is developing “multiple” return to work models, based on variables like an employee’s role and their comfort level, due to the fact that employees “prefer a balance of remote and in-office work,” a spokesperson said. Hybrid employees will work a set number of days in the office depending on the needs of the company and their role. Staffers will also be in three separate categories: mostly onsite, hybrid and mostly remote.

Starting on July 6, vaccinated Vox Media employees can come into the office on a voluntary basis, at a maximum of 10% capacity. In September, the company expects to “resume full office operations,” a spokesperson said.

This story has been updated to accurately reflect Vice Media Group’s plan for hybrid employees.