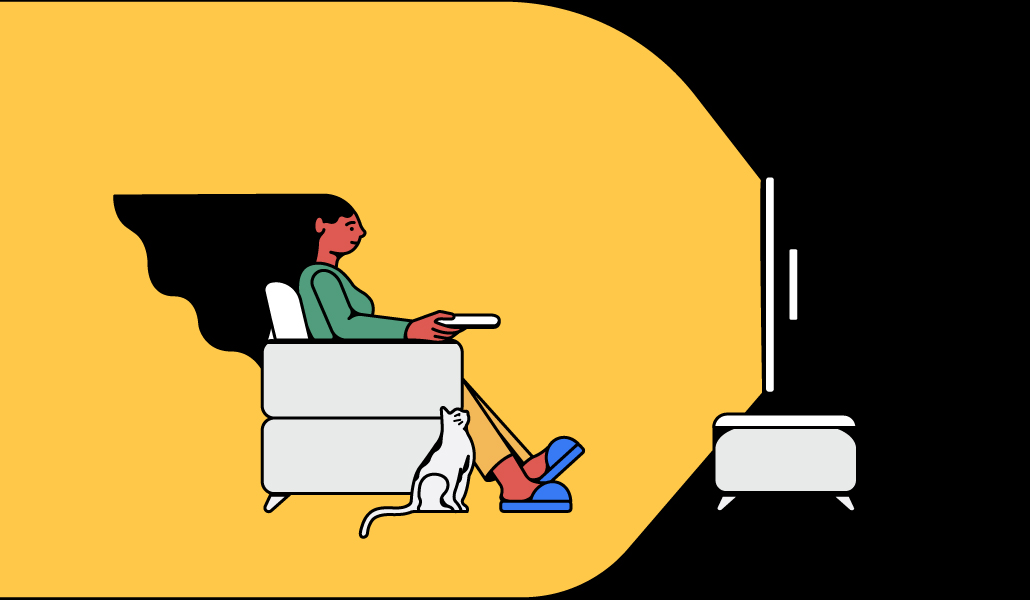 Last night’s Emmy Awards shone the spotlight on a slew of prestige TV shows set in the workplace.

The leaders of the pack with the most nominations (Succession, Severance, Hacks) feature Shakespearean betrayals within a family media conglomerate, dark corporate forces, and an odd couple relationship study of a prickly mentor and an upstart nobody.

If you’re looking for drama, the workplace offers fertile ground. For cutthroat competition and debauchery set at a global bank, there’s Industry. The Bear viscerally depicts the backstabbing and burnout of restaurant life. Many other streaming hits are full of cross-cubicle romantic tension, toxic bosses and the strivers caught up in work’s inescapable, relentless grind.

Look deeper, and you’ll find that various buzzy series charting the downfalls of hubristic, headline-grabbing anti-heroes—WeCrashed, Inventing Anna and The Dropout — are also, at their core, workplace narratives.

And it’s not just new shows, but enduring ones that mine the office for TV gold. There’s a whole Darren Star sub-genre of glossy #GirlBoss fare (Younger; The Bold Type). At the height of the pandemic, The Office, though off the air for seven years, was — by a huge margin — the most-streamed show of 2020. The Washington Post called it, “a binge-watching balm for those looking to alleviate their social isolation.”

Looking ahead, Selena Gomez is remaking Working Girl for Hulu. Daniel Radcliffe is starring in an HBO Max sitcom about heaven, reimagined as a dysfunctional workplace.

Night after night, we log off, clock out, then relax by watching other people at work.

This is no accident, experts say.

WorkLife spoke to several media psychologists to ask why we are glued to work shows right now. What is it about this particular cultural moment that fuels our taste for office-centric entertainment? What does our investment in these shows reveal about what work means to us?

And if so many people are resisting returning to the office, why are they riveted by shows about it?

Sara Grady, a media psychologist at Michigan State University stressed that shows like The Office remain popular because they’re familiar and conforming. “We know all those people. We know when the laugh line is coming,” she said. “Especially with the stress of modern life and how much things are changing right now, having something where we know what we’re going to get is really appealing to huge swathes of the audience.”

Another theory is that we long for the relationships, shared purpose, and reliable social system that work traditionally provided. “Sometimes being critical of the actual nature of work, of the hierarchies and structures we’re a part of, can offer some clarity about our place in this world,” Michel Ghanem, a critic known as TV Scholar, wrote on Medium in March. During the loneliest days of the pandemic, when he watched shows like Ted Lasso and The Bold Type, Ghanem said it made him crave being able to quip and share inside jokes with his own coworkers again.

This chimed with Grady, who stressed that work TV is especially interesting for people who are missing work. It’s human nature to look for stuff we don’t have. “If, for example you’re suddenly homeschooling kids during a pandemic, not having access to other adults, then the need for interaction with peers becomes drastic for parents,” she said. “Watching shows about grownups and work relationships is highly valuable.”

So was Canadian author Malcolm Gladwell right when he asked: “If you’re just sitting in your pajamas in your bedroom, is that the work life you want to live? …What have you reduced your life to?” Do we watch shows about work because, deep down, we yearn to go back to the office?

Not necessarily. Like any good Hollywood cliffhanger, there’s always more to the story.

We may be watching work shows simply because they’re what’s on.

TV programming goes through trend cycles. There’s an ebb and a flow to what repeatedly bubbles to the top in pop culture. “This isn’t the first time work has dominated programming,” said Grady. She pointed to the workplace sitcom era of Mary Tyler Moore, Taxi, M.A.S.H., and later Murphy Brown, Cheers and Designing Women. Contrastingly, in the ‘90s, relationship or family shows (The Fresh Prince of Bel Air, Full House, Friends, Seinfeld) ruled the airwaves. “There is a general trend pattern of Work TV versus family or relational sitcoms,” she added.

At least my job’s not that bad…

Work TV also offers something psychologists call downward social comparison. On Succession, for example, the characters have aspirational wealth but fraught and damaged relationships. “It’s reassuring to think that even if your life is stressful, you don’t have it as bad as some of these other people,” said Grady.

The Dropout and Inventing Anna serve as morality tales, reaffirming our core beliefs about fairness and justice. Both are shows about people breaking the rules to achieve success then getting their comeuppance. “These shows reinforce the innate cognitive bias of a ‘just world’ wherein good things happen to good people and bad people are caught and punished,” said Dr. Pamela Rutledge, director of the Media Psychology Research Center. This offers “comfort and order in a time of disruption, fear and uncertainty.”

Sometimes work shows can hit too close to home. “Entertainment can be incredibly powerful emotionally for viewers, even triggering,” said Grady. She referred to The Morning Show, which may be a vicarious thrill for media professionals but, given its main storyline, devastating for victims of sexual violence.

Similarly, veterans of commercial kitchens have said it is too difficult to watch The Bear. The Times’ Carina Chocano connects that hit show to our current reckoning with work. “Hustle has always been romanticized in American culture, which promises that nobly sacrificing yourself on the altar of endless work will pay off in the end. But it’s increasingly clear that for most people, it won’t,” she wrote in an article published Aug. 3. She summed up The Bear as a show that “captures the panic of modern work.”

But with that warning, there is also wisdom to be gained by watching TV. “I see Severance as a metaphor for the challenge of work-life balance, the danger of work becoming mindless, impersonal, and by extension, meaningless,” said Dr. Rutledge. You come away from that show recognizing “the importance of questioning organizational and personal status quos,” she added.

In other words, determined not to let life imitate art.