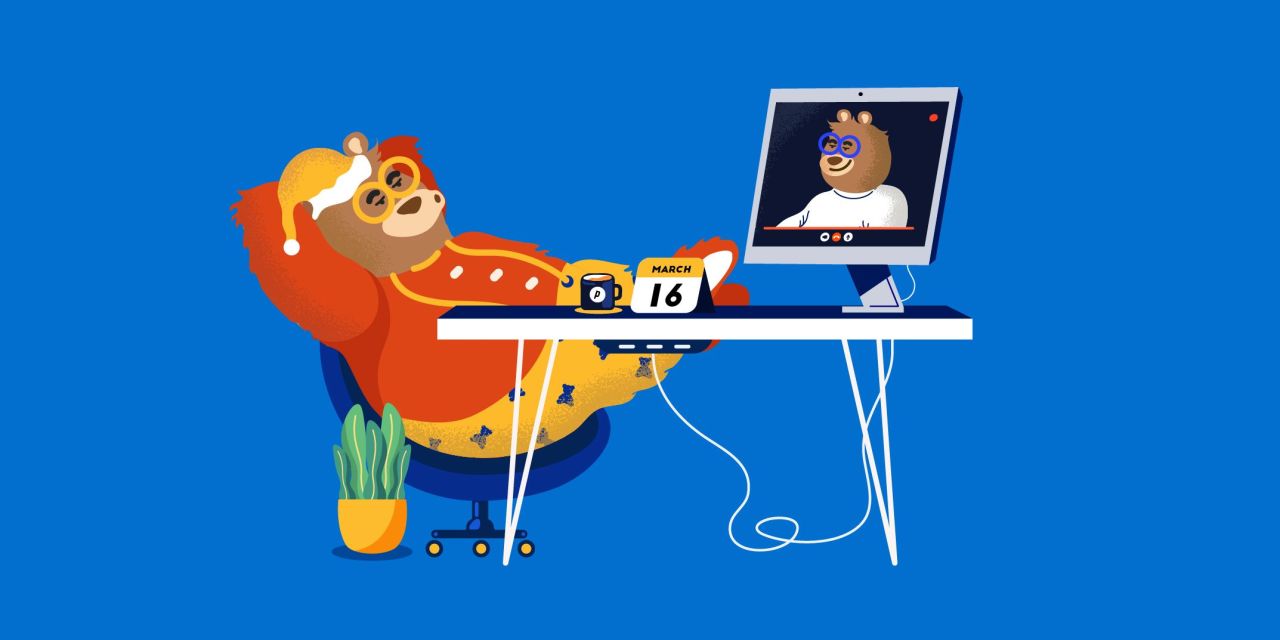 As Zoom fatigue continues to snowball into remote-working fatigue in general, some businesses have embraced a new way for their staff to communicate and collaborate with colleagues — described as asynchronized working.

An asynchronous working environment is one in which there are no fixed hours for employees. They communicate with colleagues only when necessary, to suit their own work-life balance and need for flexibility. It’s regarded as a more independent way to work that prioritizes more focused, deep-thinking tasks and resets the constant feedback (and distraction) loop many professionals find themselves in.

The core benefit is to cut down on the amount of time that gets sucked up by internal meetings. So, instead of hosting a virtual meeting, colleagues in an asynchronous work environment would share a deck of a new initiative they’re working on via a cross-company platform and take feedback via a collaborative tool. Or a leader might record and share a video of an announcement for employees to digest in their own time, rather than schedule an all-hands. This avoids the dreaded, time-consuming search for a suitable slot amongst meeting-heavy calendars and accounts for time zone differences across teams.

Global agency VMLY&R and pan-continental drinks marketing agency YesMore are among a growing number in the industry to advocate asynchronous working.

VMLY&R, which works with brands like Ford, New Balance and Dell, has now delivered a number of pitches and campaigns while working asynchronously, with colleagues acting more independently and across more time zones than ever.

Last November marked a distinct turning point for the agency, following a stark realization that asynchronized working practices needed to be embedded in order to combat long-term remote-working issues like meetings fatigue, according to Andrew Dimitriou, CEO of Europe, Middle East and Africa for VMLY&R.

The agency created internal hubs, dubbed creative hives, that allow creative executives from different regions to remotely and independently work on a project within it, leaving feedback on their colleagues’ work as they progress via a proprietary online system. An individual is assigned to be the lead curator of each project, which involves channelling all feedback from the hive platform to ensure all staff maintain a clear direction.

This model has worked well for client pitches. Using the creative hive method, the agency was able to involve team members from across Europe and the U.S. in a way not previously thought possible. Instead of scheduling countless meetings in which they could give feedback and progress the pitch’s development, colleagues left individual recordings and comments and feedback for each other via the platform, including Dimitriou, who would usually attend the presentation rehearsal.

“How we worked on that pitch was very different to how we worked on any other pitches, because it brought together teams from all over Europe, along with our global strategists in New York. The client couldn’t tell what location we were in — to them, we were all one team,” he said.

That illustrates just how much the creative development process has changed and how much can be achieved asynchronously, he added.

“As an outcome, we probably had more meaningful discussions when we did come together, because rather than having to go over background each time, we were all ready to go,” said Dimitriou.

While a heightened sense of connectivity, collaboration focus and transparency have also arisen as advantages of this new way of working, “peeling back the physical barrier” of geography has been the cherry on top for Dimitriou.

“It sharpens your pencil more to find the right talent for the right project — you’re not bound by country, client, office, or region like you were previously,” he said. That in turn will open up more resources to tackle client work in more agile ways, and it’s a method Dimitriou plans to bake in to the work culture.

Drinks marketing agency YesMore, which works with the likes of Grey Goose, Aperol Spritz and Bacardi, is among the businesses adopting asynchronous working methods. Such a significant cultural shift is one that needs to be embedded in principles of trust and ownership, according to its co-founder Tom Harvey.

“We don’t delegate tasks to people, we delegate responsibility — everyone knows what they’re responsible for and can be autonomous in how, when and where they deliver that work,” he said.

The result is that fewer meetings are scheduled for the sake of it. “We try as much as possible to avoid a meeting that could be five bullets in Slack” added Harvey. Naturally, there need to be rules of conduct for Slack communications too, so the agency has issued guidelines on tagging protocol and urgency, and ensures staff share priorities lists. Meetings and calls are arranged in “batches of time” so that the rest of the time people can get on with their work without disruption.

For Harvey, the benefits of that model are clear. “It means more ownership, accountability and control over your work day/week — thus happier teams and better quality of work,” he added.