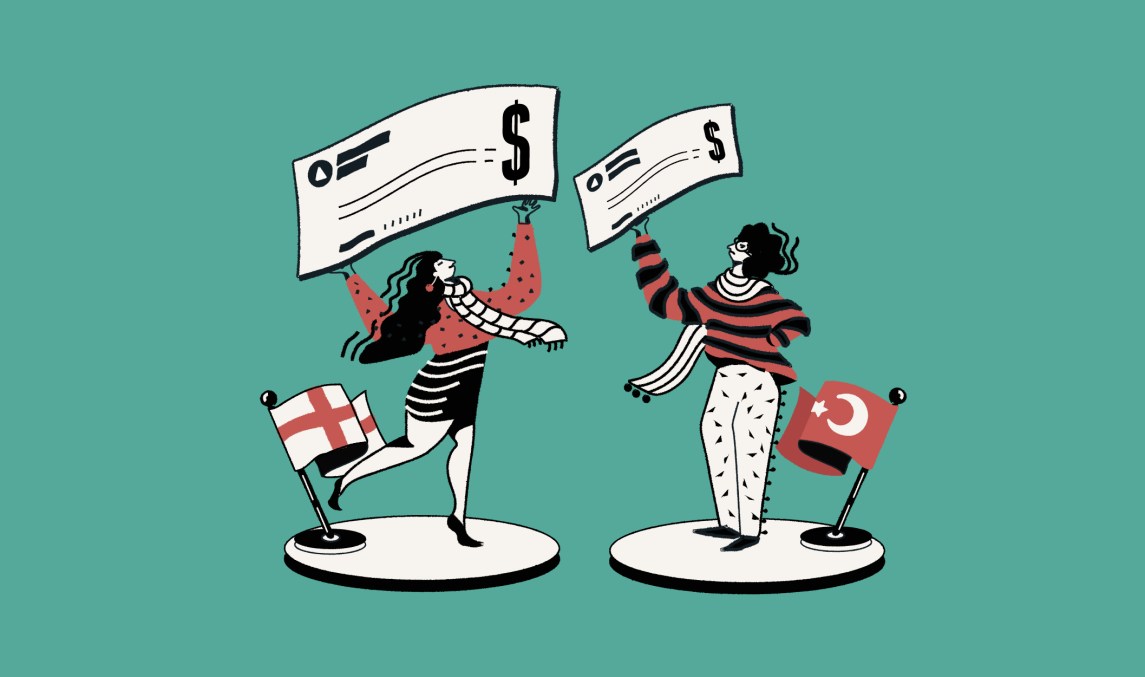 Recruiting a new developer with the brief “can be based anywhere” seemed like a straightforward role to fill for marketing industry specialist Sphere Digital Recruitment. An ideal candidate emerged — in Turkey — whose salary expectations were in line with those of the Oxford, U.K.-based team.

Negotiations, however, had to account for the company already having staff in Turkey, so remuneration had to remain consistent with the market, causing the candidate to question why they shouldn’t be paid the same as someone doing the same job, with the same experience, in the U.K.

It’s a challenge more companies will have to consider as the increased adoption of remote working has opened up to a new trend of working from anywhere, with many firms taking a more global approach to hiring, and even embracing a predominantly remote culture.

On the flip side, there is the question of whether or not employees who’ve capitalized on remote working to move away from expensive big cities should take a pay cut. Last year Facebook and Twitter revealed that they would base salaries according to staff location. For some the tradeoff is worth it: Software company Citrix’s recent research suggested U.K. office workers would be willing to sacrifice up to 20% of their salary to be able to work from anywhere.

It’s a complicated issue that’s not as clear cut — or even as fair or realistic — as what Facebook and Twitter have stated, according to Jessica Hayes, vp of growth at video-calling platform Whereby, a remote-first company since its outset in 2013. She believes salaries will start to level out as workforces become more geographically dispersed thanks to remote working, so companies better get on top of their compensation methodologies, quickly.

“People are acutely aware that more companies are going remote and distributing teams, so bubbles like London, San Francisco and New York will start to shrink, and it’s more likely salaries in other markets will slightly improve. So people will start asking companies the question: ‘how are you coming up with how you’re paying?’, and you have to have a very good answer, because people can see it as arbitrary otherwise,” said Hayes.

Over the past three months, Hayes has refined Whereby’s own compensation methodology, which at this stage, has resulted in just two salary tiers: one for the U.S., and one for the rest of the world, based on current London salaries. She has also developed a compensation methodology for a previous company with more regional splits, such as the U.K., Europe, Asia, Australia and emerging markets.

“In a remote-first company, figuring out why you pay what you pay is really important. You need to make a decision early on, about whether you’re going to be like an Amazon: a high number of proportionately low skilled people, or more at the Google DeepMind end of the spectrum — a very low number of people who are extremely highly skilled,” she said.

Having this “anchor point”, she added, helps companies base their own stance on what is a fair salary in a global context, and avoid becoming incentivized to rely on outsourcing to markets with lower salary conditions.

Programmatic marketing company Crimtan, with offices across the U.K., Europe and Asia-Pacific regions, has just undergone a similar exercise, grounding salaries in three criteria: the economic environment and operating market, value of the role and candidate experience.

“If you pay the right value for the role itself, and don’t get drawn into certain locations, then your talent can be anywhere. It’s about fairness and transparency — that regardless of where you sit, you’re doing the same role as someone else that might be in a different part of the country, and it has equal value to the organization,” said Crimtan HR director Kate Styles.

“That’s something we’re hoping will become more apparent across other companies in terms of the opportunity of flexible working. It will vary by industry and by size of company, but the smarter companies that get it right will be identifying that the needs of employees are changing,” she added.

Yet even with more job vacancies coming in with a “based anywhere” brief, Sphere Digital Recruitment’s CEO Edward Steer is yet to see hard evidence of salaries changing within the media and marketing industry. “We’re seeing that salary is still usually attached to what they’re paying in the local city. We haven’t seen salaries level up outside of London, for example,” he added.

Once Covid-19 is in the rear-view mirror however, that will likely change, fast. “That’s where we’ll get harder and faster policies around pay,” said Steer. Not all of them will be positive. “It’s more likely that salaries would be whittled down, because businesses will think they don’t need to pay as much for talent as it’s available in more places,” he added.

“My relationship with my 4-year old daughter as a baby was very poor because I travelled for work so much. The difference between my connection with her at that age and my one-year old son, who has been a lockdown baby, is significant. Before [Covid-19] I travelled to Berlin every week. I was missing everything. Now I get that connection with my son that I didn’t have with my daughter, and I get precious time with her. I wouldn’t want to go back to how it was. — Adam Ross, CEO, Awin.

—49% of 400 adults polled in the U.S. said they would consider quitting if they were asked to return to the office when they felt it still unsafe to do so, [Source of data: data intelligence firm Morning Consult.]

—40% of 2,000 U.K. shoppers miss not being able to try and touch products before making a purchase, [Source of data: customer experience firm Fresh Relevance.]